While I often use the term Hindu-American to identify myself, I am nearly as likely to use the term Indian-American. The two terms have much overlap for me as an ethnic Hindu, since faith and culture are so intertwined. But recently, there was a serious disconnect.

I was at the sixth annual Hindu Mandir Executives Conference in Columbus, Ohio, and one of the sessions had a panelist from USINPAC, the U.S.-India Political Action Committee, "a united, strong and clear voice representing the Indian-American community on Capitol Hill and the White House." The speaker brought up South Carolina governor Nikki Haley and Louisiana governor Bobby Jindal as Indian-American success stories, as Indian-Americans who advocate for their communities. While both Jindal and Haley may also be Indian-American, the pluralistic religious roots of their parents' have no place in their success. I began wondering if many others in the predominantly Hindu audience felt the same disengagement from being Indian-American.

The adjective Indian is quite complex, since there are multiple ethnic and religious terms that describe being Indian. During my childhood, I was often asked to say something "in Indian"—and I had to explain that I spoke Telugu, that there is no language called Indian. More recently, a friend from WISDOM asked me about a "Hindu word"—and I had to explain that there is Hindi, the Indian national language, or Sanskrit, the language of the Vedas, the body of Hindu scripture, but that there is no language called Hindu.

Being Indian-American means finding a balance between cultural concepts—such as sprinkling khara-podi (a spicy south Indian powder) on my pizza, or speaking "Tenglish" with my family, where English and Telugu words are blended to create our own Indian-American vocabulary.

India and Indian are terms that technically do not have a religious connotation, since India is a secular democracy. But calling myself a Hindu in the Indian context can have political implications that I never intend to invoke. Some interfaith leaders in my region have questioned me about my involvement with another advocacy organization that I support, the Hindu American Foundation, which promotes tolerance, acceptance, and pluralism. The accusations usually involve the concept of Hindu nationalism—a call for India to be considered a Hindu nation—and the term "Hindutva."

Hindutva is a Sanskrit compound word, Hindu + tva, which can be defined as Hinduness, and which a century ago didn't have any negative implications. While the term Hindu implies a body of religious beliefs and cultural practices, Hindutva and the political history surrounding a Hindu identity are best explained by Prof. Anantanand Rambachan, who suggests that Hindus in India and the diaspora confront the alternative meanings of Hindu identity to "determine what it means to be Hindu and the character of Hindu relationships with other religions." Belgian scholar Koenraad Elst, in this excerpt from his book Decolonizing the Hindu Mind, deals with the misunderstandings about key Hindu terms and the whirlpool of religion, politics, and culture they invoke in today's context. Jeffrey Long, Elizabethtown College's Religious Studies Department Chair, in his book A Vision for Hinduism: Beyond Hindu Nationalism, suggests seeking a Hindu identity which respects its cultural roots while being true to its core values of tolerance and pluralism.

Thus, the disconnect from India and Indian.

It is the Hindu and American parts of me that call me to activism and advocacy. While calling myself a Hindu-American puts into perspective my religious beliefs, spiritual philosophy and national identity, even this can cause complications that I never intended. An Indian-American friend talked of the "Hindu fundamentalists" when I brought up the Hindu American Foundation and the need to advocate. He and many others shy away from my concerns about what academics teach or what media presents about Hinduism. These misrepresentations often lead people, especially our Hindu American children, to question the value or respectability of the Hindu faith.

Often, my advocacy is through simple means—I give people an HAF Hinduism2Go card, which summarizes some basic precepts on the back of a business card. I direct them to the HAF website to provide clarification on common misconceptions and answers to frequently asked questions. These may not address the complexity and depth of Hinduism, but it is a basic attempt to correct misunderstandings. I even explain how HAF is like the American Jewish Committee, the advocacy organization for the Jewish community, to give it an American context.

The American identity is often a hyphenated one; people usually say they are Italian-American, Polish-American, Irish-American—but not Catholic-American or Protestant-American. But we live in times where religious identity is important, and shedding one's religious roots as the two governors have chosen to do is indicative of that.

When the New York Times calls Swami Vivekananda an Indian monk, and ignores the fact that he was a great ambassador of Hinduism, I would rather proclaim that I, too, am a "Hindoo," as he was called over a century ago.

I represent the pluralism embedded in both the Hindu scripture (in the Rig Veda) and the American Constitution (through the first Amendment) as a Hindu-American. Do I also need to add another hyphen to connect to India, the land that birthed Swami Vivekananda and my forefathers, and to acknowledge that the Hindu faith emerged from it? 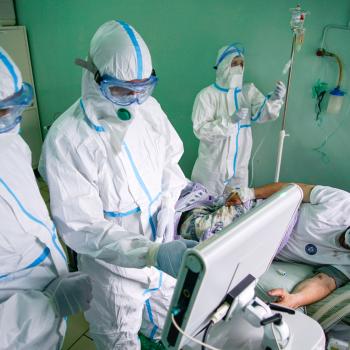 Should You Be Worried About the New COVID Strains?
Gleb Tsipursky
3 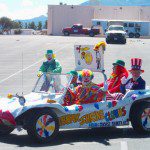 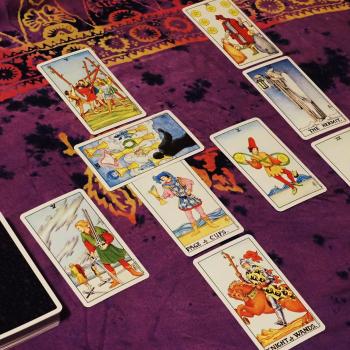 In Defense of the Celtic Cross
John Beckett
Get Patheos Newsletters
Get the latest from Patheos by signing up for our newsletters. Try our 3 most popular, or select from our huge collection of unique and thought-provoking newsletters.
From time to time you will also receive Special Offers from our partners that help us make this content free for you. You can opt out of these offers at any time.
see our full list of newsletters
Editor's picks See all columnists