There is a plethora of single-subject websites on the internet. You want to see a website about cute kittens? There is one. Puppies your thing? There's a website for you. How about people who dress badly? Yep. Toothpick art? Oh, yeah. One of my favorites is a website devoted to autocorrect mistakes on cellphones. Sometimes they make me laugh so hard I spit coffee on my laptop. Some sites are interesting; many are trivial or even downright stupid.

Today, I propose a new site. I'm going to call it "Women with stuff on their heads, doing stuff." I was inspired to create this website after reading the news this morning that three women will share the Nobel Peace Prize. What struck me initially is that the head shots show these ladies—Liberian President Ellen Johnson Sirleaf, Liberian activist Leymah Gbowee, and journalist Tawakkul Karman—wearing headgear. Tawakkul Karman is a Muslim from Yemen and wears the hijaab (headscarf). President Ellen Johnson Sirleaf and Leymah Gbowee are Liberian women who wear traditional garments.

They are all activists in the field of women's rights and human rights, and they have pursued their passion under the most difficult circumstances. For their efforts to better the situation of women specifically, and all humankind in general, they have been awarded the Nobel Peace Prize. And they did while wearing stuff on their heads.

This is significant because there is a popular assumption out there that when Muslim women wear religiously-mandated headgear, their IQ drops, and they immediately become submissive doormats. So many times I have been asked if my husband "makes" me wear the long, loose, covering clothing I don when I go out of the house. "Uh, no, I do this all on my own, thank you." It seems to be the second most common question after "Aren't you hot in that?" Perhaps this award will finally put to rest the lie that a woman can't do great things unless she wears a power suit from some fancy retailer, or a short skirt with stiletto heels, or, conversely, an androgynous outfit from a unisex salon in SoHo.

I may not be able to run the 100 meter dash in my flowing robes, but I can take my kids to the park, shop for groceries, volunteer at a charity bake sale, change a flat tire, render first aid at an accident site, balance my checkbook, run a restaurant, bargain for a discount at the local thrift store, lecture, teach Arabic, make a funny joke, show compassion to a child, and invent something. And, if one of my kids runs out into the street, you can bet I can take off after him at a speed that would put Usain Bolt to shame.

I can live in my clothing without being constantly aware of my clothing. Trust me, I spend a lot less time fretting over keeping my clothing in order than the people who obsess over the hijaab and who seem to make it their life's goal to "liberate" me from it.

Other women can learn a lot from these ladies. They need to learn that they don't have to torture themselves by sliding their poor feet into high heels that will throw off their balance and afflict them with back pain. They don't have to spend an hour in front of a mirror shellacking their hair into place, troweling on makeup to cover what is most likely a pretty decent face, obsessing over whether they should wear their fat clothes or if they have to skip breakfast and lunch to wear that tiny little skirt to dinner tonight. If women spent less time worrying about their wardrobe and more time thinking of the difference they can make in the world, well, look what can happen. 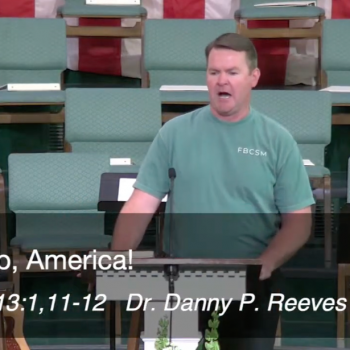 Mindfulness Meditation Can Help You With Your G.R.E
Sunil Daman
4 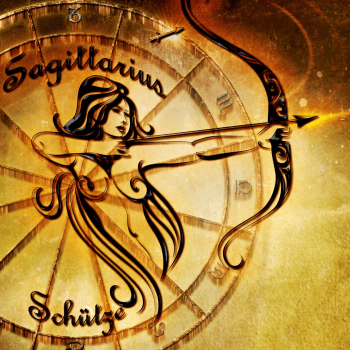 Tarotscopes for the Sagittarius Full Moon
Jessica Ripley
Get Patheos Newsletters
Get the latest from Patheos by signing up for our newsletters. Try our 3 most popular, or select from our huge collection of unique and thought-provoking newsletters.
From time to time you will also receive Special Offers from our partners that help us make this content free for you. You can opt out of these offers at any time.
see our full list of newsletters
Editor's picks See all columnists