I am getting used to the screaming.

Honestly, I don't think I'm ever going to be completely accustomed to the ever-present "metal scream" found in modern heavy metal. But while the sound would have driven me away entirely a month ago, I'm finding myself accepting it more now. I still wish more metal singers took their cues from Robert Plant (or even Ozzy Osbourne,) but I've come to accept it as part and parcel to the genre. If you want to bang your head to songs about Odin, you have to deal with The Scream.

"Pagan music," to me, always brings up that kind-of-folksy acoustic music that seems to get played at most pagan festivals. I tend to associate that music with the pagan movement's romantic and archaic tendencies. We like old things—old cultures, old traditions, old gods. So it's natural that we tend to like "old music," too; acoustic music just sounds more venerable, even if the songs themselves were only written a few days before. (Also, acoustic music, by definition, doesn't require electricity. That fits many a pagan's sensibilities; it seems more "natural.")

Alas, my musical sensibilities were grounded in mid-'70s rock-and-roll at the age of 14, and while I've ventured out into other forms on many occasions, that's still my touchstone. (You did catch that bit in my last column about my glam rock band, didn't you?) Pagan folk music never really caught my ear, I'm afraid; I can appreciate it, but it just doesn't get my blood pumping. It's a personal weakness, but I just like electric guitars better.

And that brings me to my recent explorations of another kind of "pagan music"—namely, the subgenre of heavy metal known as Viking Metal, characterized by big, "epic" musical gestures, lyrics about Vikings and the Aesir, and screaming. Lots of screaming.

I can't actually say that I'm a "fan" of Viking Metal, as such. Metal, like a lot of underground musical genres, rewards insiders; sometimes that seems like the entire point. I'm still feeling my way through the dark; unlike virtually every other musical genre I enjoy, I have no idea who the "important" bands are. And, frankly, I'm still unsure whether I actually "enjoy" the music, or if I just enjoy it as an intellectual exercise.

Tonight, I'm listening to the band Amon Amarth, which seems to be one of the more popular groups in the genre. Their most recent album, Surtur Rising, comes blazing forth with cover art that tries to scream "badass" in every way possible: an army of Vikings charges against an enormous giant (presumably the eponymous fire giant). Surtur wields a sword with a skull for a pommel. The sword is also on fire. In the background, a conflagration overtakes a village while a volcano erupts. The painting is drenched in flames—if it can't be colored orange, it has no place in this picture.

The painting suits the music quite well.

The first song I listened to, "War of the Gods," is a pretty straight riff on the Norse myth of the war between the Aesir and the Vanir. Like the cover painting, the song is bloody, grim, and overflowing with testosterone: "Death! See the furious gods washed in blood! / Odin knew that the way to war / would not bring them any gain / just leave a black and bitter stain." The instrumentation, fast and incessant, matches the tone, although the climactic solos sound less fatalistic—more heroic, in contrast to rest of the song's doom.

In terms of content, songs like "War of the Gods" aren't that much different from the headwaters of the genre, Led Zeppelin's 1970 classic "Immigrant Song." More interesting to me, as a pagan and as a student of religion in general, are songs like "Thousand Years of Oppression," from Amon Amarth's 2002 album Amon Amarth Versus the World.

"Thousand Years of Oppression" starts off describing Odin's sacrifice upon the World Tree in order to receive knowledge of the runes. At this point, it's not much different from "War of the Gods" or "Twilight of the Thunder God" or many other songs about mythology. But it takes a sharp turn near the middle:

By the end, the song calls for an uprising:

After a thousand years of oppression
Let the berserks rise again!
Let the world hear these words once more:
"Save us, oh Lord, from the wrath of the Norseman!" 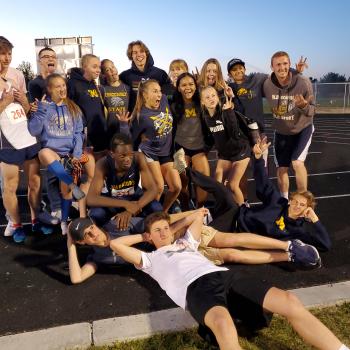 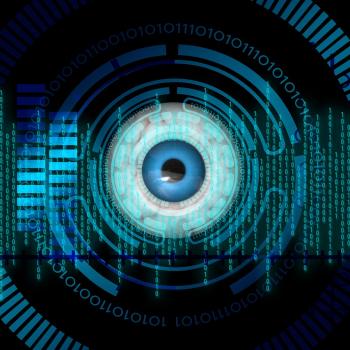 Truth Be Told: Keeping the Good, Bad, and Ugly in Divination
Thumper Forge