"What are we doing? We sit up there on our pedestals and think we understand everything. How do we think we can understand anything about people simply by observing them?"—Mr. Greene

Recently reading through the Patheos Book Club's collection of articles on Brandon Vogt's The Church and New Media, I found myself forced to confront an unhappy truth: I'm lousy at this "Social Media" stuff.

The problem is not technical ability. As the product of a hyper-digitized generation, I have kept up with (and eComplained bitterly about) the near daily permutations of Facebook; my feedreader is filled to bursting each and every morning; I invited myself to Google+; I know what Flash is, what it can do, and why the beloved Steve Jobs hated it so much; and I've even stuck a toe or two out into the Twitter stream in recent months. In fact, I would consider myself above average in terms of my practical Social Media abilities. No, the problem is not technical.

It's more systemic than that.

Try as I might, my "Social Networking" escapades are rarely social and even less regularly network-y; more "dialed in" now than I've been at any other point in my life, I actually find myself less connected than ever. Rather than an easy opportunity to engage with friends and family throughout the country, new media has become for me an information-induced malaise—a passivity that finds me watching status updates and tweets fly by without raising a finger to interact with them.

The wonderfully eccentric Kitchen Stories (Salmer fra kjøkkenet) managed to capture my problem in a nutshell, despite being set in post-war Norway—an era that had its own set of problems, but which was blessedly exempt from the digital deluge of the present.

Perhaps best described as a kind-hearted Coen Brothers film, it tells the story of Folke Nilson (Tomas Norström), mild-mannered researcher for Sweden's Home Research Institute (HFI)—a government department dedicated to increasing the productivity of its citizens by optimizing the design of the Swedish home. Fresh off their successful "rationalization" of the Swedish housewife's kitchen, HFI's masterminds have decided to turn their keen powers of observation to a far greater challenge: the optimization of the single Norwegian male's domestic habits. So it is that the timid Folke finds himself perched atop a tall "umpire" stool in the sparsely furnished kitchen of Isak Bjørvik, a cantankerous old farmer who has grudgingly agreed to serve as his "host."

While nationalistic friction between the Swede and his Norwegian subject proves problematic in the early going, the real obstacle to their friendship is HFI's adamantine insistence that its researchers are strictly observers, and nothing more. "I would like again to emphasize that the key to this study's success is that the observers be allowed to come and go as they please," says the Institute's local supervisor. "They must not be spoken to and must never be included in daily chores and routines, no matter how tempting that may be."

Try as he might to observe this stern decree, Folke is irresistibly drawn to the gruff Isak, putting HFI's entire study at risk and threatening his cushy government job. Despite a laundry list of reasons to keep his emotional distance, the introverted researcher grows closer and closer the more he learns about the aging farmer and his sufferings. And while the finale leaves a bittersweet wrinkle in the long-serene fabric of Folke's life, his time with Isak has left him immeasurably altered for the better.

Under the guidance of a less-assured director, the artificiality of the film's premise could have overwhelmed it at the very start. But in the hands of acclaimed Norwegian helmer Bent Hamer, we are led past the surface quirkiness and bizarreness of the setting to the fundamental plausibility that lies beneath. The quiet nobility of the story's protagonists shines through the absurdity of their situation, and by the time Folke's transformational moment arrives, the initial silliness has been replaced by a quite, confident insight into a facet of human nature rarely highlighted in more "traditional" films: the dangers of human inactivity, and the transformative power of our simplest human interactions. 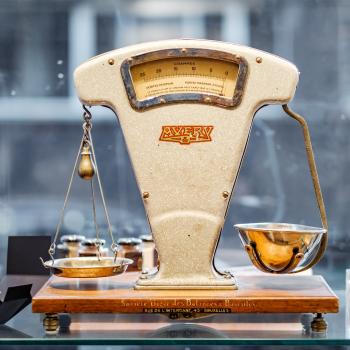 Just a Speck of Dust--- Leonid and Friends
Ben Witherington
4 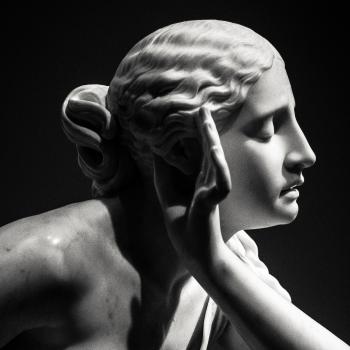 Who's Writing Helpful Content about Women in Church Leadership?
Kelley Mathews
Get Patheos Newsletters
Get the latest from Patheos by signing up for our newsletters. Try our 3 most popular, or select from our huge collection of unique and thought-provoking newsletters.
From time to time you will also receive Special Offers from our partners that help us make this content free for you. You can opt out of these offers at any time.
see our full list of newsletters
Editor's picks See all columnists