October 13, 2011 by Katrina Fernandez
"Like" the Patheos Catholic Page on Facebook to receive today's best commentary on Catholic issues. 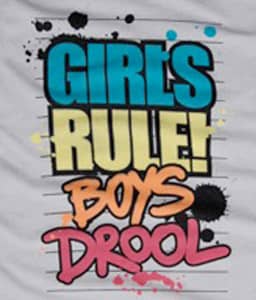 Last week I wrote about "Shrews." This week I had every intention of writing about  the Slut Walk phenomenon—the most recent taking place in Knoxville TN—but so impassioned were the responses to "Shrews" that it seemed reasonable to address the gender wars again, just once more, in response.

"Shrews" discussed the damage that men-belittling feminist ideologies have done to both sexes, and how they have affected a deep rift in our abilities to trust each other. Shrewish women have run rampant; they use their mean-girl habits to intimidate and to attack men; they bring them into the work place and even feel entitled to inflict their brashness on total strangers, resulting in a monumental level of distrust.

What happens when a woman speaks out against Shrews and decides to challenge the popular notions of feminism? Well, she is met with cynical skepticism. Much like the dates I discussed—where men received compliments and genuine interest with a critical eye, wondering, "What is she really up to?"—the comments to my piece were equally suspicious.

Many wondered what elicited my anti-feminist thinking so late in adulthood. Was I only speaking out in defense of men for my own selfish motives, because only now was I being personally affected? There must be some nefarious reason some speculated, as though thinking cannot simply evolve. If feminism is a gross over-reaction to all things male, then some of the impassioned responses to "Shrews" were equally gross over-reactions. Did the men want me to say, "We wimmen sure do suck! We are horrible loathsome succubae that will seduce you and then devour your soul!"

Yes, I hate the Shrew archetype of the female species. Yes, she makes normal woman look bad. Yes, feminism has resulted in hurt feelings. But nowhere in my piece did I indicate that I was misogynistic and self-loathing. Certainly there exists a negative type of woman, The Shrew, but no matter how disproportionate she may be in number, there also exists positive types of women—among them, probably, your own mother. If you are Catholic, you've encountered these women in any book on the lives of the Saints.

Men don't want women to generalize them; the same goes for women, and my intention was never to carry on to the point of declaring all females as she-devils; such melodramatic histrionics would be too ironically shrewish.

So, what prompted my piece? I tell you it wasn't because I couldn't find a date, and I refute the implications of shallowness. I wrote it for two reasons: I am the mother of a boy, and I believe in the beauty of the sexes as created by God.

I have watched my son's teachers try to stamp out natural, instinctive masculinity from the playground and classroom. I've witnessed mothers and coaches attempting to quell competiveness from sports, and boys—our poor boys—are labeled as "aggressive" simply for rough-horsing; they're fed drugs to tame their natural inclinations.

The message being sent to young men is very clear; everything about the way they are designed is bad and needs to be changed. Men are violent and aggressive so let's start telling them as children that these behaviors are dangerous to society, and get them to behave otherwise. More like girls.

True story: when my son was in first grade, his teacher sent home a letter listing acceptable play in her classroom. Things not to be tolerated: cowboys and Indians, cops and robbers, and any type of gun play. I tell you, I was not only parent in that principal's office the following day. I was joined by an army of furious parents who demanded an end to classroom reverse sexism.

Here is where the root of my anti-feminism began to take hold. Would you call a parent who has in mind their child's best interest selfish in motive? Would you mock mothers for not having the life experience of parenthood bestowed upon them from their earliest youth?

Our first inclination is for self-preservation. Generally speaking, our motives for doing anything usually concern our own best interest. Had I gone unchallenged through most of my adult life, it's possible I would still be drinking from the feminist's ideological well. But my life-experiences have shaped my views. It is ridiculous to assume we are born with the sum of our knowledge. So while it may appear to some as a sudden revelation—like Paul falling from the horse—I came to understand the true misogyny of feminism over the course of a decade.