From Slave to Saint: Pierre Toussaint

October 24, 2011 by Pat McNamara
"Like" the Patheos Catholic Page on Facebook to receive today's best commentary on Catholic issues. 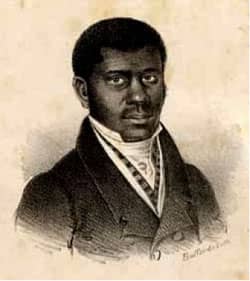 New York has always been a multicultural city. As early as the 1600s, some two dozen languages were spoken therein. And African-Americans have been a constant in New York life, right from the start. But not all came of their own will. As late as the year 1800, the city still had approximately 2,500 slaves (slavery would be banned in New York State in 1827).

Many slaves were from Haiti, a country born out of revolution. Throughout the 1790s, thousands of the island's white residents fled to America. Among them were plantation owner Jacques Berard and his wife, who brought five slaves with them, including Berard's domestic servant, Pierre Toussaint. They expected their exile in New York to be temporary, but events on the island prevented their ever returning.

Haiti was then the single greatest market for Europe's slave trade. "Field-hand life," one historian notes, "was brutal." A visitor witnessed barely clad men, young and old, working under a blazing sun and brutalized by overseers. Under such conditions, nearly half of all men died before age 40. In short, the colony was "a dormant volcano" that would finally erupt with a slave revolt in 1791.

Pierre, born on the Berard plantation, was fortunate enough to avoid the hellish existence of a field slave. As a domestic servant, he lived in relative comfort. He was even allowed access to the family library, where he encountered classic Catholic works such as The Imitation of Christ. This became his favorite book, which he quoted from memory into old age.

In New York, Monsieur Berard suggested Pierre take up hairdressing to help support the family. He learned the profession quickly, and over time he became "the fashionable coiffeur of the day." Pierre was intensely loyal to the Berards. After Jacques died penniless, he took care of his widow until her own death. Shortly before that event, she freed Pierre.

As Pierre's clientele grew, he became one of New York's foremost black entrepreneurs. He bought a house in downtown Manhattan, and invested in real estate and banks. Although comfortably set, he still worked well into old age. "I have enough for myself," he said, "but not enough for others." Helping others, regardless of ethnicity, was a constant theme in his long life.

A benefactor of the Catholic Orphan Asylum, he and his wife raised several homeless African-American children. In several cases, he purchased freedom for slaves (including his own relatives). During one of the city's numerous epidemics, a biographer writes:

. . . when the yellow fever prevailed in New York, by degrees Maiden Lane was almost wholly deserted, and almost every house in it closed. One poor woman, prostrated by the terrible disorder, remained there with little or no attendance, till Toussaint day by day came through the lone street, crossed the barricades, entered the deserted house where she lay, and performed the nameless offices of a nurse, fearlessly exposing himself to the contagion.

One of New York's most respected citizens, contemporaries recalled his "innate sense of personal dignity," "his exquisite charity and consideration for others," and "his tender compassion for all." One woman stated:

I saw how uncommon, how noble, was his character. It is the whole which strikes me when thinking of him; his perfect Christian benevolence, displaying itself not alone in words, but in daily deeds; his entire faith, love, and charity; his remarkable tact, and refinement of feeling; his just appreciation of those around him; his perfect good taste in dress and furniture—he did not like anything gaudy and understood the relative fitness of things.

Nevertheless, Toussaint was no stranger to racism. Even in old age, he walked to clients' homes, since he was banned from riding the horse-cars. Neither were churches immune from prejudice. On one occasion, an usher refused him a seat at Old St. Patrick's Cathedral on Mulberry Street (the present cathedral was completed in 1879). White Catholics, unintentionally patronizing, meant to praise him by calling him a "Catholic Uncle Tom."