The Triumph of Triumphalism

Triumph—victory, winning—in and of itself is not necessarily a bad thing. As I put the finishing touches on this column, I am hoping that the Texas Rangers will triumph over the St. Louis Cardinals. But the Cardinals have not made victory an easy thing to find this year, so who knows what will happen. By the time this column is published we will all know.

Triumphalism is another matter. It is a desire for victory hardened into a mindset. It is the conviction that we are unerringly superior, fundamentally different from others. And when it takes deep root it leads to a fatal loss of moral perspective. We begin to think of ourselves as uniformly and universally unerring and we label others in universally and uniformly negative categories.

The only cure for triumphalism is an awareness of our own fallibility; a capacity for confession and self-criticism; a sense of the shared threads of our common humanity; and the realization that, ultimately, there is only one who is "other"—and that is God. The colloquial maxim that captures all four safeguards is "There, but for the grace of God, go I."

Triumphalism is a spiritual issue with the potential for great harm. Not least of all because when we conclude that we are somehow "other" in a way that approaches God's "otherness," then there are no limits to what we can justify and no lens through which we see our own behavior at all clearly.

It is also a universal temptation. In the popular imagination triumphalism has been attributed to the church and to conservative theological and political behavior. And at least one article on the subject tries to offer a map to triumphalism by describing examples of it, using the labels, capitalist, Muslim, Jewish, American, scientific, Christian and Soviet. But the problem with categories of that kind is that they foster the tendency to make triumphalism someone else's problem that makes it possible in the first place.

Judging from what I have heard and seen of late, triumphalism endlessly reinvents itself. It was on display in the Secretary of State's reaction to the death of Muammar Gaddafi: "We came, we saw, he died." It was echoed in the memorable words of another leader who reportedly declared, "Elections have consequences, and I won." And as a resident of Texas I hear it all the time from fellow Progressives in the form of regional or cultural triumphalism from individuals who live elsewhere in the country. I can't count the number of times I have been treated to a global, "Well you know Texas or Texans...etc., etc., etc." As one who grew up and lived elsewhere in the world, I've been struck by the extraordinary presumption it takes to paint 25 million people with the same sagebrush.

Should we add liberal, progressive, and regional triumphalism to the list then? No. But we have seen the enemy and he is us.

Instead we should admit that triumphalism and its traveling companion, pride, endlessly reinvents itself. And the only cure for it is the tireless refusal to surrender to its temptations.

Whatever the reason—or reasons—none of them excuse triumphalism, because it always robs its standard bearers of the humility that makes self-criticism, character, improvement, and integrity possible.

There, but by the grace of God, goes every one of us. 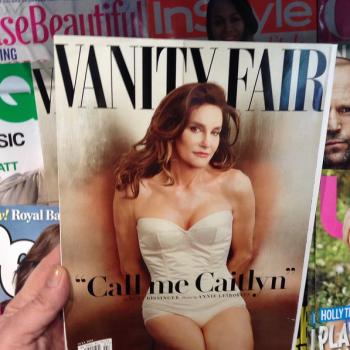 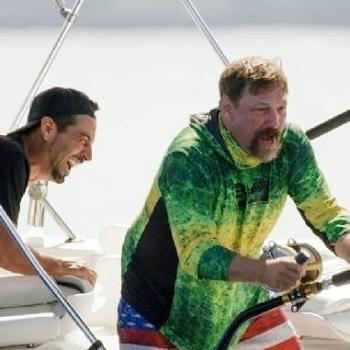 2 Unique Ways to Sense the Presence of God
Tom Rapsas
Get Patheos Newsletters
Get the latest from Patheos by signing up for our newsletters. Try our 3 most popular, or select from our huge collection of unique and thought-provoking newsletters.
From time to time you will also receive Special Offers from our partners that help us make this content free for you. You can opt out of these offers at any time.
see our full list of newsletters
Editor's picks See all columnists