The Underlying Unity Within Pagan Diversity

Anyone attending PantheaCon or some other major Pagan gathering cannot help but be impressed with the enormous variety of lifestyles and Pagan traditions present: Wiccans and Heathens, Celtic Reconstructionists and Druids, African Diasporic practitioners and Pagan Eclectics, and many other people as well. I would not dare to say I could name them all.

Along with this often-bewildering variety there is another characteristic common to our gatherings. Apparently no one argues their way is the best way for everyone. Heathens and Wiccans are certainly different, but I at least have not heard either claim their way is better for all. People say they found the path for themselves, not humanity. In addition, many, perhaps all, of these diverse traditions do not proselytize. Many of us don't on principle.

What 'doctrinal' fighting among Pagans that occurs usually goes on within a tradition, as some group says another group has gotten their common tradition wrong. As a Gardnerian I certainly know about that problem. If a split gets deep enough within a tradition, the group divides into two and the arguments between them largely cease. Later, when feelings have cooled, they may even cooperate together again while still maintaining their distinct identities.

Contrast this happy variety with Christian history. It's not just a matter of the past. A conflict has just arisen within the conservative Christian community. Rick Perry picked Christian extremist Robert Jeffress to introduce him at the rather arrogantly titled "Values Voters Summit." In the process of introducing Perry, Jeffress denounced Mormon Mitt "Mittens" Romney as a member of a "cult" that was in no way Christian. Jeffress claimed Romney's religious beliefs should prevent Christians from voting for him for President. And he was going to go to Hell.

Or consider the bizarre actions by some within the Amish who are apparently in the middle of a doctrinal squabble of their own. Followers of one side are invading the homes of the others and cutting off their beards. For some of the Amish, their famous devotion to non-violence stops at matters of biblical interpretation. Fortunately they live in a secular society where the instigators of the violence can be arrested and jailed. Otherwise, as experience within Christianity has long demonstrated, the violence would continue to ratchet up.

Here lies a profound difference between the scriptural traditions within Christianity (and not just Christians) compared to Western Pagans.

Nearly all Christian thinkers used to teach, as many still do, that the only way to salvation is through Jesus Christ, and the definitive description of what is necessary to get the proper relation with Jesus is in the Bible. The problem, as most of us know, is that the Bible is filled with contradictory and unclear passages, and there is no way believers will ever agree on the proper way through these confusions. Alfred North Whitehead got it right in Adventures of Ideas, writing

When Augustine died at Hippo in the year 430, [Christianity] was in its main outlines settled. All its capacities for variant forms were already inherent in it. The Papal Church, the Eastern Church, Wycliffe and Huss, Luther and Calvin, Archbishop Cranmer, Jonathan Edwards and John Wesley, Erasmus, Ignatius Loyola, the Socinians, George Fox, and the Vatican Council could with equal right appeal to history. The conclusion to be drawn from the appeal entirely depends on the value-judgments guiding your selection, and upon the metaphysical presuppositions dictating your notions of a coherent theology.

Yet from a Christian viewpoint the stakes for "getting it right" are as high as stakes can be. And so, given the opportunity and the power, Christians have a long record of killing one another for being the wrong kind of Christian, or for not really being a Christian at all. For 2,000 years Christians have been unable to agree on what their scriptures say and, in some cases, on even on what they are.

The Crisis in American Democracy: An International Perspective
Chris Gehrz
2 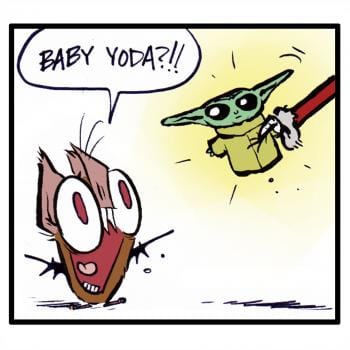 Christmas Nostalgia
J. Burrello
Get Patheos Newsletters
Get the latest from Patheos by signing up for our newsletters. Try our 3 most popular, or select from our huge collection of unique and thought-provoking newsletters.
From time to time you will also receive Special Offers from our partners that help us make this content free for you. You can opt out of these offers at any time.
see our full list of newsletters
Editor's picks See all columnists