In the fourth century a remarkable number of Christians, men and a few women, too, fled to the desert—in Egypt, Syria, Palestine, and other places—to live lives marked by asceticism and single-minded focus on God. Their extreme commitment to Christ earned these desert fathers and mothers a great deal of respect, and they were often consulted on religious and even political matters. Their sayings and anecdotes were passed along orally and later written down so all could learn from them, now comprising the collection we know as The Sayings of the Desert Fathers.

The desert fathers and mothers withdrew in order to be closer to God. In the desert, they lived both alone and in various groups, some organized and some not. But each had his or her cell, usually a simple hut, into which each could escape from all the distractions of the outside world and meet God. As Anthony the Great said, "Just as fish die if they stay too long out of water, so the monks who loiter outside their cells or pass their time with men of the world lose the intensity of inner peace. So like a fish going towards the sea, we must hurry to reach our cell, for fear that if we delay outside we will lose our interior watchfulness." For the monks did not see the desert as a place to avoid temptation. Far from it, just as Jesus did, they expected to meet temptation and demons in the desert and to strengthen their souls from the resulting inner warfare. The desert was a place of particular spiritual power, a place not only of temptation, but also of miracles. Abba Bessarion, for example, is said to have crossed a river on foot and kept the sun from setting until he reached his destination. Other fathers performed healing and saw visions of angels.

The desert fathers are perhaps most well known for their extreme ascetic practices—fasting, saying very little, going without sleep, wearing the simplest and roughest of clothing, and forsaking possessions. Many of their sayings offer specific advice for these matters. They believed that punishing or denying the needs of the body allowed them to focus more on the soul, and so their ascetic practices were regarded as a means to relinquish the hold sin had on their bodies in order to achieve a more intimate life with God. No father practiced asceticism simply to practice it or to be better at it than his fellow monk. Their discipline was moderated with common sense, as in the case of Abba Arsenius who told a monk who refused to eat until he had followed Arsenius's instructions to cut all his palm leaves, "Break your fast at once so as to celebrate the synaxis untroubled, and drink some water, otherwise your body will soon suffer." We also see this commonsense approach in Abba Zeno, who noticed that some of his visitors were upset when he did not accept their gifts and others were hurt when they received no token from him, so he began accepting all gifts and giving them to those who asked for something.

More important than any bodily practice was the guarding of the heart. The interior was where the most intense warfare took place, and its state was not always apparent from the outside. For example, "Abba Gerontius of Petra said that many, tempted by the pleasures of the body, commit fornication, not in their body but in their spirit, and while preserving their bodily virginity, commit prostitution in their soul. 'Thus it is good, my well-beloved, to do that which is written, and for each one to guard his own heart with all possible care.' (Prov 4:23)."

Humility was also paramount. The desert fathers never displayed pride in their ascetic achievements, and any visitor displaying such pride was likely to be subtly but effectively corrected. In contrast, the fathers practiced their ascetic acts in secret and spoke often of their own sinfulness. They also demonstrated a remarkable lack of judgment of others. When a bishop brought a young pregnant girl (presumably unmarried) to Abba Ammonas so he could give her a penance, Abba Ammonas instead made the sign of the cross over her and commanded that she be given six pairs of fine linen sheets in case she or the baby should die in childbirth and not have anything for the burial. "But her accusers resumed, 'Why did you do that? Give her a punishment.' But he said to them, 'Look, brothers, she is near to death; what am I to do?' Then he sent her away and no old man dared accuse anyone any more." And as is told of Abba Bessarion: "A brother who had sinned was turned out of the church by the priest; Abba Bessarion got up and went with him, saying, 'I, too, am a sinner.' "

Another virtue the monks refer to often is charity. Since most of the desert fathers lived together as monks, it was of the utmost importance that they cultivate charity, a sense of loving and caring for one another, of putting others' needs before their own. As Abba Anthony said, "Our life and death is with our neighbour. If we gain our brothers, we have gained God, but if we scandalise our brother, we have sinned against Christ."

Is Your Insecurity Making You a Controlling and Disconnected Spouse?
Shaunti Feldhahn
2 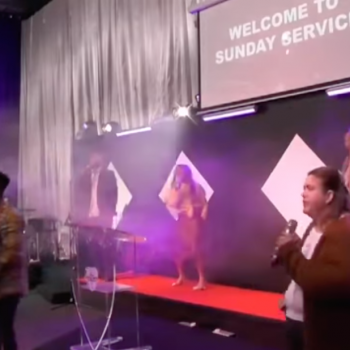 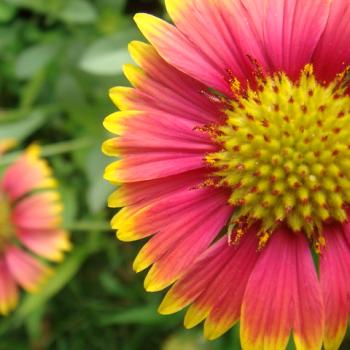 Practices From the Inside Out: A Summer for Transformation
Greg Richardson
Get Patheos Newsletters
Get the latest from Patheos by signing up for our newsletters. Try our 3 most popular, or select from our huge collection of unique and thought-provoking newsletters.
From time to time you will also receive Special Offers from our partners that help us make this content free for you. You can opt out of these offers at any time.
see our full list of newsletters
Editor's picks See all columnists