Around 2 a.m. I went downstairs with my backpack because I was so anxious about the hajj that I could not sleep. As it was, bus number one had not yet departed and I was ordered to get on it. Good thing too, because bus number two did not leave for another eight hours! Anyway, eventually we are all there in the camp and there is only one night before we proceed to Arafat.

Wuquf Arafat, standing on the plains of Mt. Arafat is the hajj, the penultimate event, which only happens once a year on the ninth day of the twelfth month, Zhul-Hijjah. I was psyched. I brought all the essentials for spending a day in meditation, prayer, and gratitude: my "lists" of people to remember to pray for, my Qur'an, my zhikr beads, and my wits. The night before Arafat, I considered it to be a warm-up. We are supposed to be focused on ibadah, thinking about Allah, repenting for our shortcomings, reading Qur'an, meditating, praying. For some reason, I took this as the opportunity to organize our motley crew and said, "We have no fard (obligatory mandates) for this night, only sunnah, but we will be closed together for the day of Arafat. Maybe we could organize ourselves into more of group." I suggested we formulate a get to know each other activity, starting after maghrib prayer.

Well, that did not go over at all, and honestly, it was my first and last attempt at making some sense out of this ragtag sharing of experiences with 70 strange women. Although collectively, for the whole tent, this did not work (or should I say was declined), individually I did it with my neighbor. A few other ladies came later to tell me they had also done it in smaller groups. This inability to organize ourselves into a group affected everything we did from then until departure. I compared notes with others on hajj, in other locations in the camps and after. Some had more of something that resembled a group experience enhancing the individual experiences. I think it would have gone a long way to make it through the next few days.

At one other point that evening, another member of this motley crew suggested that we organize to get at least 30 people to each read one juz', one part of the Qur'an, so that collectively, in this tent, we could say that we had read the whole Qur'an the night before Arafat. That too failed. One person complained, the Prophet never did this—as if the Prophet had the whole Qur'an available in paper form in order to do it. There were about 16 of us who did read a juz' each. I told the organizer thank you for this and to keep soliciting participants and just ignore those who did not wish to do it. Those who did would. Just think; everyone would benefit. Never mind.

The day of Arafat, we are supposed to proceed after the morning prayer of fajr, to the plain of Arafat. At this point, I accepted that this cultural hajj is the one Allah chose for me to have.

The day of Arafat, I get up before 3 a.m. and the queue at the toilets is already building up. Better now than to risk being caught up in the mad rush closer to fajr prayer. No extra prayers today, but a lot to think about. At the top on my list is reflecting on this cultural hajj before proceeding to Arafat. I would have preferred a hajj surrounded by religious zealots, or Sufis, but Allah chose this hajj of cultural Muslims, so I will do best to surrender to it and find both strength and humility therein.

Next I will outline our Arafat experience and define cultural Islam.

Cultural Islam to me is that which Muslims do, no matter how significant on the scale of affirmation of the divine unity. It is often focused on a seemingly random set of religious priorities. For example, attempting to get 30 of the 70 or so women in our tent at Mina to read each a one juz' of Qur'an last night was a simple request for some task of devotion. As it stands, once I encountered the woman (who coincidently performed none of the other sacred acts because she let her nephew do them for her instead) who deters us from doing it because in her estimation, the Prophet Muhammad never did it. To which I actually try to argue, well he never wore glasses either, or actually facilitated the collection of the Qur'an in writing. This resulted in an ad-hoc lesson about the history of the Qur'an.

At this point I realized one thing about this cultural hajj—it was NOT my culture. I needed a collective of funky progressive Sufi, activists, scholars to feel my culture and my community. So I decided on the next best thing from then on: I would do what I thought would best enhance my experience of the hajj and I would stay away from the rest, opting for silence if somebody else's culture got too close.

The variance of different cultural Islams prevented the women in our tent from creating an immediate community for the days ahead. At one point, the group leader wanted to inform the men and women together about the rites of Mina, Arafat, Ramy Jamarat and Muzdhalifah, but the women could not see to open the tent between ours and the men. Thus a cultural enclave now took precedent over simple information. At this point then I knew I could not share my experience with the others, so I made my intention to focus on what I had come for as well.

The Best Quotes from The Possibility of Prayer
Scott Slayton
2 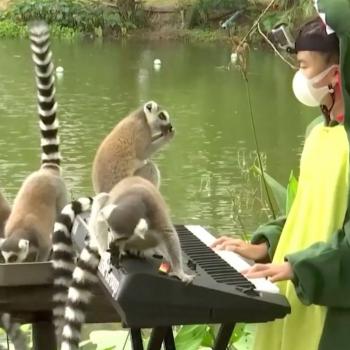 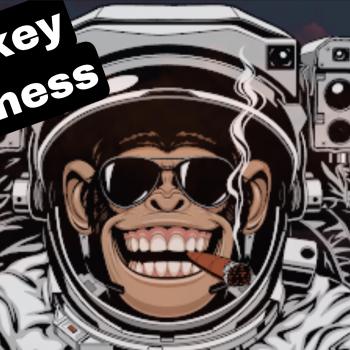 Monkey Business - Music And Mayhem
Andrew Hall
Get Patheos Newsletters
Get the latest from Patheos by signing up for our newsletters. Try our 3 most popular, or select from our huge collection of unique and thought-provoking newsletters.
From time to time you will also receive Special Offers from our partners that help us make this content free for you. You can opt out of these offers at any time.
see our full list of newsletters
Editor's picks See all columnists