How Are We Being Named?

There is no shortage of cultural means by which society tries to ground the identities of women in names that fracture our first and true identity as made in the image of God.

In last week's news there was a beautiful story about a group of young girls in India who participated in a name changing ceremony. Because of India's cultural preference for male children, there is a high rate of female foeticide. Of the female babies born many parents name their daughters in light of their disappointment. A common name for a baby girl in India is Nakusha, which translates as "unwanted." The renaming ceremony took place in Maharashtra state. Over 200 girls picked their new names to reflect how they wanted to be perceived or who they aspired to be. The practice of naming has such powerful implications for our lives.

I have always been taken by how naming plays so intimately into God's story with humanity. It goes without saying that God is one who refuses to be named by us. Even when pressed by Moses, God's response is, "I Am Who I Am." Yes, there are inexhaustible ways to describe who we believe God to be—savior, redeemer, king of kings, nurturing mother—but it still remains that no one name encapsulates the fullness of the Trinity.

And yet, God names us again and again, proclaiming not only who we are in God's eyes but who God desires us to be, and how God desires us to regard one another. In Genesis 17, when God establishes his everlasting covenant relationship with the Israelite parents of faith, God renames them in an intimate act of communion. Abram becomes Abraham and all who call him by name will remember him as an exalted ancestor of the faith. Sarai becomes Sarah, and all who call her by name will remember that God called her princess. When God names people, God centers their identity in divine relationship with God's self.  This is what naming does, it offers us a place, whether good or bad, in which to ground our identities. When we think about the names we choose to answer to and how we name one another, the power inherent in the act should occur to us.

Women all around the world know what it is like to be named by others. And as history shows it is often in abuse of the power of naming. There is no shortage of cultural means by which society tries to ground the identities of women in names that fracture our first and true identity as made in the image of God. Sometimes naming occurs in the physical violence committed against women. Sometimes naming happens in the economic injustice that primarily affects women. Sometimes naming happens in the tiny corners of political and social engagement to which women are regulated. It all results in the same thing, the act of saying the identity of women can be pieced together by the whims, fancies, and often, cruelties of patriarchal ideologies.

The beauty of a ceremony like the one in Maharashtra state is that it vividly and literally reminds us that as women, we do not have to answer to the names that fracture us. And yet, in an unavoidable sense it is never as simple as verbally renaming ourselves as one another. It is more a matter of formation and redemption. Those young Indian girls will have to be formed daily in ways that redeem their sense of self. Someone will have to redefine what it means to be a girl and eventually a woman in ways that ground these girls in recognition of their inherent worth.

It is not any different for us. And maybe that is partly why I am so taken by a God who names us, a God whom I believe seeks to hammer it home that we, as women, not in spite of being women, were created to reflect the image of God to one another, men and other women. This means that we, too, have to learn new daily individual and communal practices that help us recognize this truth. It is hard but necessary work. How can we think together about this? 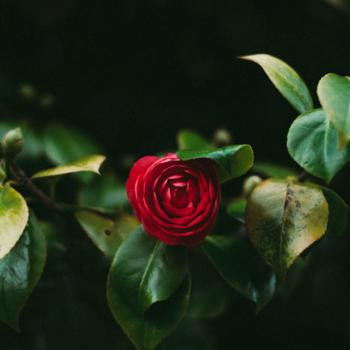 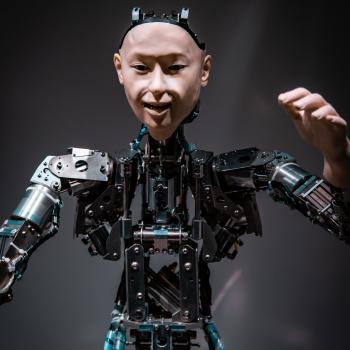 The Revolt of Fr. Altman
Gabriel Blanchard
Get Patheos Newsletters
Get the latest from Patheos by signing up for our newsletters. Try our 3 most popular, or select from our huge collection of unique and thought-provoking newsletters.
From time to time you will also receive Special Offers from our partners that help us make this content free for you. You can opt out of these offers at any time.
see our full list of newsletters
Editor's picks See all columnists