I've been reading The Chronicles of Narnia to my kids at night, living the adventures for the first time myself as we tag along with the Pevensie children. Every chapter a narrative feat, every sentence a delicate marvel, the books are magnificent. I covet the gravity of his style keenly, my addiction to adverbs notwithstanding. Yet I quarrel with the direction his ideas, heatedly. Generally my objections are a predictable umbrage at the narrative outcroppings of Lewis's class-bound, gender-biased, mid-century smugness. But sometimes, more substantively, my objections are theological.

In particular I argue with his series-long exploration of the meaning of faith, a question that he often exercises as a plot hinge. At a crucial point in Prince Caspian, the fourth book in the series, Aslan asks Lucy to instruct the other children to follow him through the dark of night down a treacherous path into an unknown gulch. The catch is that Lucy alone can see Aslan; the other children are unable to sense or communicate with him in any way. They're asked to rely on Lucy, and through her on the absent or invisible Aslan, even though he has withheld every means of confirming or even corroborating his presence.

When I read it with my children, this episode from Prince Caspian bothered me: why would Aslan set his children a test rigged against them? Not a test of obedience based on trust, not an Abrahamic test, but a test of obedience in which almost every basis for trust was withheld?

The idea that God deliberately withholds his presence or signs of his presence in order to test faith is one that resonates in contemporary Mormonism. This is strange, in one way, because the idea is deeply inimical to our central sacred myth: God reveals himself in response to a young boy's question. Joseph's world and the world of the early saints were abundant with God's immediate presence and tangible signs of his presence. But when the initial torrent of revelation subsided, many of those tangible signs were withdrawn or concealed: the plates, the angels, the temple theophanies became totems of our past. The meaning of an absent or invisible God, who grants only absent or invisible signs, became a puzzle for Mormons just as it has been for traditional Christian thinkers like C.S. Lewis.

It may be the case that a concealed God challenges contemporary Latter-day Saints more, in fact, than he challenges someone like Lewis, precisely because of the trail of divine breadcrumbs that marked the path of restoration. These events, after all, are not lost to the depths of time but occurred in what is or ought to be a recoverable past. But the evidentiary buttresses that supported the Restoration for the early Saints - the historical authenticity of the Book of Mormon, the divine mandate of polygamy, the imminence of Zion—have so far eluded most modern ways of knowing. So why has it proved so difficult to recover and verify the reality of those signs?

For the skeptic, of course, the answer to that question is laughably obvious. But for the believing Latter-day Saint, it offers a challenge. Several answers suggest themselves, the most compelling of which engages another of our cherished teachings: the central place of free human agency in cosmic history. In the Mormon cosmogony, what we call the Plan of Salvation, personal ownership of mortality began for each individual in a moment of pre-mortal moral choice. We freely chose to come to earth, and now here ensconced, the suggestion goes, we must choose freely what to believe. God deliberately conceals the signs of his presence and the evidence of his work because he wants belief to exist as a free moral choice, not an epistemological conclusion.

This idea scored a moment on the big screen in Mormon filmmaker Richard Dutcher's film God's Army. At a reflective point in the story, the African-American missionary Elder Banks, struggling to make sense of the Church's vexed history with its black members, says tearfully:

Sometimes I think God does it on purpose. It's like he gives you a hundred reasons to believe, then he just drops in one or two for you not to believe—so that you can choose, to see if you really want to believe.

In Dutcher's version of the idea, God requires his children to "choose ye this day" not whom we will serve, but what we will believe. And he forces us to confront that choice by withholding or withdrawing evidence or even (astonishingly!) planting false clues in order to disable empirical judgment, subject as it is to the tyranny of fact. Only if there is no compelling reason to believe—or if compelling reasons to believe are balanced by compelling reasons to disbelieve—can belief be freely chosen.

These questions of epistemological freedom, the coercion of empirical knowledge and the social construction of belief are products of the modern world. The distinction we recognize between fact and belief—or used to recognize, before we become post-moderns—was uncommon in the ancient world, and thus scripture doesn't offer much guidance. But a hint of the idea is present in the Book of Mormon. In Alma's grand treatise on faith and knowledge, he compares political oppression to the epistemological oppression of factual knowledge, and ]teaches: 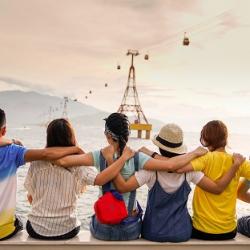 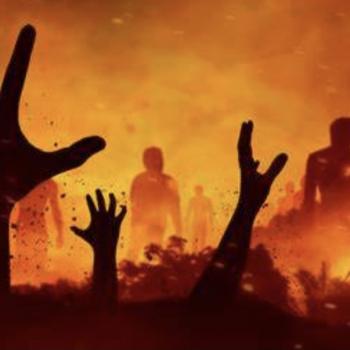 Rejecting Hell, Embracing Dependence
guest writer
Get Patheos Newsletters
Get the latest from Patheos by signing up for our newsletters. Try our 3 most popular, or select from our huge collection of unique and thought-provoking newsletters.
From time to time you will also receive Special Offers from our partners that help us make this content free for you. You can opt out of these offers at any time.
see our full list of newsletters
Editor's picks See all columnists