The Kindness of Strangers

One of my grandchildren has created a school project this semester: she gives a rubber duck, Simon (who wears a knit scarf), to people and they take pictures of him "visiting" various places.

But the project has exploded. As people found out, they volunteered to do the same thing. And they volunteered their friends to do it as well. She has sent out more than thirty ducks, from Dubai to Germany to Korea to places all over the U.S.

Simon the Duck now has pictures from all over the world, and they keep coming in. The German stock exchange has even gotten into the act. Since she doesn't post all of them as they come in, she has enough pictures to last her months, at least until the project is over at the end of the school year.

Madison and her parents have been surprised by the number of people willing to help an 11-year-old with what it is easy to dismiss as a silly project. People who don't know them at all have volunteered, strangers going out of their way.

Perhaps the silliness of the project is part of its appeal. People want to get in on the fun. But whatever the appeal, we have been reminded of how much, like Blanche Dubois, we depend on "the kindness of strangers." Blanche was deluded, of course, but in spite of that she was right: we all always depend on the kindness of those whom we don't know, on many whom we couldn't know. Much of the magic of our lives comes from strangers.

Many of those strangers are relatives. I cannot say what contributions my ancestors have made to who I am, not only genetically but also culturally. Mormons who trace their ancestry quickly discover how little they know about even those only a generation or so before.

There are seven generations between me and that James, few of which I know anything about, to say nothing of the other lines of my family, the Moores, Stephens, Witchers, Fishers, Marshals, Bradleys, Sammons, Poes, and so on: hundreds of people I can name and many more that I cannot.

Sometimes when I say something to Janice or one of the children or grandchildren, I hear my father's voice in mine, and sometimes my mother's. Surely he heard other voices in his; surely she hears her mother and father in hers. How many voices have contributed to my tone of voice, the words I choose, the expressions that come naturally?

Who gave me the nose that identifies me or my short, stocky stature? Or the oily skin that led to acne and then to the pock marks on my face? Who made my father bald but gave me a good head of hair? The answer to any one of those has to be multiple rather than singular, and the content of any answer remains unknown and probably unknowable.

But the strangers who have given me my life extend far beyond my genetic relations. The teachers of my teachers have changed my life immeasurably for the better. I depend on the people who each day obey traffic laws and keep me from injury or death in my truck. Those unknown people who worked in Jonas Salk's clinic to develop the polio vaccine protected me from that scourge, people who were not only researchers but also janitors, secretaries, and accountants.

How many people worked on the software I am using to write this? How many people made it possible for me to live in a warm house with electricity and running water? How many built the city in which I live, giving us its geography and character?

Blanche Dubois and I depend always on the kindness of strangers, even when we are wrong about who they are or what they have done for us. Our lives are filled with grace, earthly grace that imitates heavenly grace.

Blanche said, "I don't want realism. I want magic!" not knowing that the real is itself already magical. As the Book of Mormon prophet, Alma, says, God is mindful of us, "wanderers in a strange land" (Alma 26:36). We ought to be similarly mindful of strangers, immigrants, and aliens, offering our earthly grace to those in need (however small), offering it in gratitude for the earthly grace we have received and continue to receive and for the overflowing heavenly grace of our Heavenly Father. 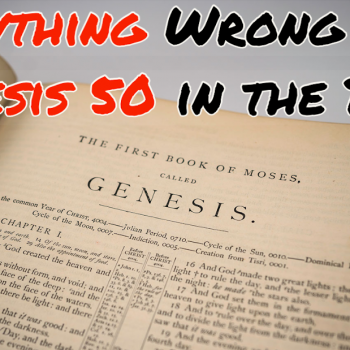 Everything Wrong With Genesis 50 in the Bible
Hemant Mehta
2

Must We Speak No Ill of the Dead?
John Beckett
3 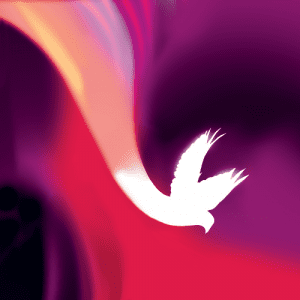 The Gift that Changes Everything
Billy Kangas
4

Archetypes and the Story of Joseph - Part 2
Jonathan MS Pearce
Get Patheos Newsletters
Get the latest from Patheos by signing up for our newsletters. Try our 3 most popular, or select from our huge collection of unique and thought-provoking newsletters.
From time to time you will also receive Special Offers from our partners that help us make this content free for you. You can opt out of these offers at any time.
see our full list of newsletters
Editor's picks See all columnists