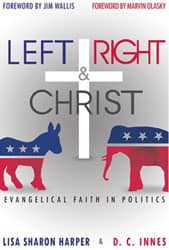 Capitalism and Poverty: On The Rose of Business

On Capitalism and Poverty
D.C. INNES
Poverty is a scandal. In the same way, death is a scandal. It's not the way the world is supposed to be, and it's an offense to the image of God in man. But the world is fallen and corrupted in sin, so there is poverty and death.

The good news, however, is that there is also redemption from sin and the consequences of sin. Christ overcame death on the cross, and He gives life to the faithful. In Him, we have hope of a new creation in which "death shall be no more, neither shall there be mourning nor crying nor pain anymore" (Rev. 21:4). There will also be super-abounding wealth. The new creation will flow with milk and honey, and the streets will be, as it were, paved with gold.

But even in this present world, the Lord mercifully provides some means of relief for our suffering. Just as we can cure diseases through understanding the way the creation works, in the same way He has given us the means to alleviate poverty. Cain plowed and reaped abundance. Joseph managed the fat years with the lean, so neither Egypt nor Israel starved. The poor will be with us always, as will sickness and death, but in our ability to understand the nature of wealth, God has given us much to relieve our distress and gladden our hearts.

God created the world a wilderness and made man from the dust of the ground. Into that earthen form He breathed life, and in the midst of the world He brought wealth from the earth and made a garden. He then placed the man in that verdant splendor, and told the man—who at that point knew both the poverty of the wilderness and the wealth of the garden—to "fill the earth and subdue it and have dominion" (Gen. 1:28).

God told Adam not only to cultivate the garden, but also to extend it, making the wilderness of the world garden-like, unfolding the Lord's rich provision in an enterprise of worshipful discovery, stewardly conquest, and godly enjoyment.25

For example, God expected that man would tend sheep. But through animal husbandry man would develop the Shetland collie, a breed of dog well suited for shepherding. He would milk his cows, but then figure how to make yogurt and sweet clotted cream from that milk.

He would cultivate the earth to produce grains like wheat, but then go on from there to provide bread for himself, his family, his neighbors, and distant peoples who would trade with him. Not only that, he would make bagels, foccaccia, pasta, sweet pumpernickel, and fried dough. He would bring oil from the earth to light his lamps, fuel his cars, and make strong, lightweight plastics for innumerable uses in his godly endeavors.

God richly provides us with everything to enjoy (I Tim. 6:17). But it doesn't come richly to those who sit around. "Go to the ant, O sluggard; consider her ways, and be wise," the Proverbs tell us (6:6). "A little sleep, a little slumber, a little folding of the hands to rest, and poverty will come upon you like a robber, and want like an armed man" (6:10-11).

Very little wealth is just lying on the ground or growing wild, free for the taking. Prosperity comes from the intelligent, productive, and generous stewards of creation because almost all wealth is created. That is to say, it is the fruit of creative human work. For this reason, we call God's command to cultivate the-world-as-given "the creation mandate." This is partly because it was given at the creation, but also because it is a command to create. Just as God unfolded the creation in the six days following his initial ex nihilo fiat, so too He called his image-bearers to continue unfolding the wealth of the world. 26

Rather, our natural condition is one of latent wealth in poverty. Thus, overcoming the evil of poverty is not a matter of justly distributing fixed wealth, but of justly protecting people's God-given abilities to fulfill the creation mandate by creating wealth of every sort and enjoying the fruit of their labors in godliness. In that understanding, justice pertains to preserving and expanding opportunity, not redistributing booty.

Any proposed remedy for poverty is only as good as the theory of wealth that underlies it.27 What defines the poor as poor is that they're short on wealth. There are always other problems that contribute to the poverty problem, such as political oppression or degenerate culture, but those are particular circumstances that prevent poor people from doing what they are divinely and naturally fitted to do: create wealth for themselves and their neighbors, whether it takes the form of soy beans, shoes, literature, care for one's children or parents, public administration, or pastoral leadership. The trouble with leftist Christian advocates of the poor is that, like their non-Christian counterparts, they do not understand the nature of wealth, so they cannot helpfully address the poverty problem.