It happens every year. Each November, I eagerly anticipate the coming of Advent. I inch out slowly into this ecclesial season like a parched root twisting awkwardly towards water. Advent, these four expectant weeks before Christmas, is a season that permits pondering, for pacing our pleas, and our confessions, for succumbing softly to those year-old aches and questions, and sitting with resolute silence as we peel back the layers of our hearts and expose vulnerabilities before God. We so often think of Advent as the "waiting season," waiting on God to make good on God's promises. It is that and so much more.

I have been meditating on the first chapter of the Gospel of Luke and have found myself stuck on Elizabeth, that righteous woman of God, that blameless old woman of God, that barren woman of God. I am a single woman. I have never been pregnant. I have never tried to get pregnant. I do not know of the severe hunger many women feel for pregnancy. I do not know what it feels like to be barren. But I dwell on Elizabeth because her story is barely told and I imagine many women might discover something about Elizabeth's life to which to relate. We know so little about her life before Luke 1:5, the contours of her relationship with God, how she aged into her unmet longing and lived with the pain of constant desire. We know so little about how her sorrow shaped her. I do not know what it feels like to be barren, to live with a womb that refuses to do what it was created to do. But, like most women at some point in their lives, I know what it is to achingly long for something. I know what it is to feel the emptiness of that longing linger and stretch possessively across the abdomen. I know about stomach pits and fervent exhaustive prayer. I know about this aspect of Advent, the sitting with longing and the terse cyclical dance of clinging to hope and loosening the handgrip of resignation.

I am grateful that the first central acting human figures of Advent are courageous women who participate with God's risky mischief. Advent reminds us that the work of God begins in the most mundane corners of life, the kitchens and bedrooms of our homes where our deepest insecurities and most vulnerable desires are laid bare. God honors the seemingly rote business of domesticity, and chooses to visit us when our guard is presumably most down, in the commonplace of our homes.

I wonder if the invitation of Advent is not also that God desires to inhabit us, to make a home within our home, to have a certain space with us in which God's self can let down God's guard and show us the vulnerability of a God who would chose to dwell in the womb of a sixteen-year old girl. Could Advent be a season in which we clear out space for God to move in and linger around the house? Could Advent be a season in which we take turns with God opening up slowly and yet deliberately as we reacquaint ourselves with one another? 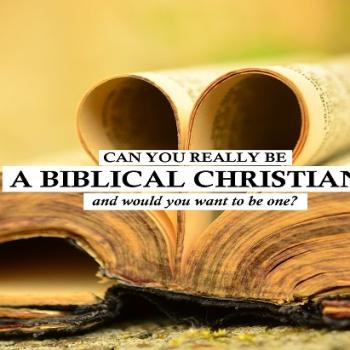 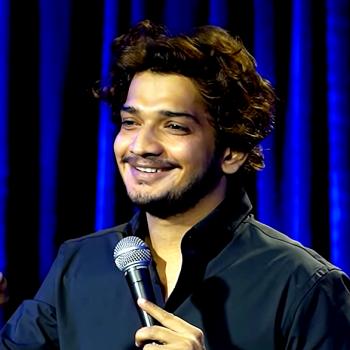 Comedians arrested, audience assaulted over alleged blasphemy
Barry Duke
Get Patheos Newsletters
Get the latest from Patheos by signing up for our newsletters. Try our 3 most popular, or select from our huge collection of unique and thought-provoking newsletters.
From time to time you will also receive Special Offers from our partners that help us make this content free for you. You can opt out of these offers at any time.
see our full list of newsletters
Editor's picks See all columnists