As this column goes to print, we'll be in the thick of the "holiday season," which is the politically correct and advertiser-friendly way of saying "the time when all financial caution is thrown to the wind to buy a bunch of stuff in the name of celebrating the birth of a deity that it is assumed everyone acknowledges. Given that he was a poor wandering teacher later in life and all his teachings are about anti-materialism, such prodigality is entirely appropriate, because 'it's better to give than receive,' but better still to spend more to give more in order to receive more, and I'm sure he said that in one of the gospels or other," or something along those lines. But I digress.

Will this present column, you might be asking, be a polytheist justification of the "War on Christmas," or an examination of how most of the customs of this time of year derive from polytheist sources? No, not primarily.

One could certainly say that holidays have been on my mind recently, as is evident from the piece I wrote last month. "The Holiday Season," as a phrase, uses the definite article to make it seem as if the only holidays worth acknowledging, and the only ones which are truly worthy of the name "holiday" (i.e. "holy day") are the ones falling between the last Thursday in November and the twenty-fifth of December. And yet, as modern pagans and polytheists, there are holy days throughout every season of the year. "The Holiday Season," technically, is a meaningless phrase from a polytheist perspective, therefore, because every season is a season of holidays.

I've heard a few non-Pagans deride Pagans—and no small number of Pagans speak of this matter as a positive and attractive one, interestingly enough!—because whereas Christians are in church every Sunday (at least ideally), Pagans only have eight "masses" a year. It is true that one may have a relatively small number of religious festivals in one's year if one took certain understandings of polytheism or various ancient traditions quite strictly. Some people dedicated to a particular deity might decide to only celebrate that deity's festivals, and some deities (like, say, Vertumnus) only had one holy day in the entire year (in Vertumnus' case, August 13). Certain stringent Irish polytheist practitioners might only recognize the four Irish quarter-days—Samain, Imbolc, Beltaine, and Lugnasad—as the only major ritual events of the year. Wiccans have their Eight Sabbats. Eight compared to fifty-two does seem rather small. And yet, many Wiccans also celebrate the full moons each month, bringing that total number of yearly holy days up to twenty or twenty-one; add in new moons as well, and you get thirty-two to thirty-four. And, given that lunar phases do not always fall on the same day of the week, keeping track of them takes a degree of mindfulness and forward planning that would boggle the minds of most modern Christians. Add in further festivals for particular deities, heroes, local customs, land spirits, honored ancestors, and dates of personal significance, as well as large Pagan events and gatherings, Pagan Pride festivals, and any number of workshops, socials, and other such occasions into the individual pagan's calendar, and the number "fifty-two" begins to look quite paltry.

In my own personal religious calendar, which combines several different traditions, there are more than fifty-two individual holy days between January and April; and during the course of the entire year—not even including lunar festivals or dies sanctorum (of which there are at least ten a month most months)—there are one hundred and twenty four individual days on which something is celebrated, and often those dates contain multiple significances or particular events. That's one in every three days, at least, that has an event of some kind for me.

I found it rather amusing, about a month ago, when a survey-taker called my home and inquired about a particular political issue, and then asked some questions for demographic purposes, and asked if I "attend church." I inquired for some clarification of what exactly "church" meant, and when I received a rather inadequate answer, but one that delineated to me that my own religious practice would qualify, I replied "yes." The next question was how often I "attend church," and the most frequent option was "once or more a week," and I said "put me down for that." I think that this (as well as some of my other demographic data) probably confounded the survey-taker, but every answer I gave was absolutely true. 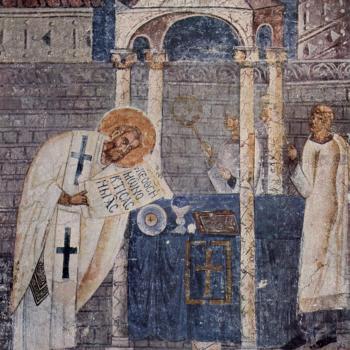 How to Find Meaning in Life
Carl Gregg
3 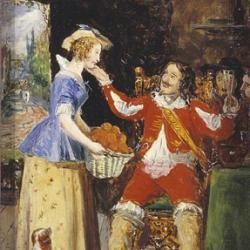 Love in a Time of Pandemic: 5 Ways to Find Love When Everything Falls Apart
Guest Contributor
Get Patheos Newsletters
Get the latest from Patheos by signing up for our newsletters. Try our 3 most popular, or select from our huge collection of unique and thought-provoking newsletters.
From time to time you will also receive Special Offers from our partners that help us make this content free for you. You can opt out of these offers at any time.
see our full list of newsletters
Editor's picks See all columnists