Priesthood as Balm: Seize This Chance to Heal

All priests are shaped by the times in which they come of age. Our newly ordained, young-in-service clerics belong to a generation of priests ordained to follow the greatest crisis in the history of American Catholicism, the Long Lent of the clerical sex abuse scandal. They are not responsible for this mess, but, fairly or not, they will carry a good portion of its burden. These men will experience a scrutiny and suspicion that previous generations of priests never did.

My advice to them is this: seize this chance to heal; you are up to the task. In the immediate wake of the scandals in 2002, there was great concern among seminary faculty and administrators that numbers would plunge. Who, after all, would want to sign up for a form of life that was regularly subjected to bitter critique and that seemed, in the eyes of many, to be dysfunctional? And yet you came, and you stayed.

No one could possibly accuse you of seeking an easy life or hiding from your problems. Your very presence and perseverance in the seminary constituted, therefore, a vivid sign that God stubbornly, in season and out, calls people to the priesthood. Don't lose the love that brought you to the seminary, or the grace that saw you through it during a remarkably dark time; instead, deepen the love, broaden it, strengthen it through that grace.

Be strong and holy priests. Remain focused on prayer, both private and public; live your lives with integrity, realizing that you are a priest whether before human eyes, or God's alone; preach with energy and panache; love your people the way parents love their children. The many institutional changes that the church has made in regard to the protection of children are, obviously, indispensible, but they alone will never constitute an adequate response to the scandal. What is crucial is the decency of your generation of priests.

Don't think of this as an unfair expectation, but rather as a thrilling opportunity.

Your priesthood has a great assist in the accessibility of communications technology that men like Billy Graham or Fulton Sheen would have embraced and quickly mastered, to powerful effect. Take advantage of all of this; seize it for the sake of the Gospel. Jesus told us to preach to "all the nations," and Vatican II specified that that the primum officium (first duty) of the priest is to proclaim the Word. Today the average parish priest has the capacity to get the message out 24/7, all around the world. Use new media pro-actively; let the Holy Spirit guide you to the allurement of God's people—as in Hosea 2:14—in bold and sanctifying contrast to the vast wasteland that clutters the mind and warps the soul. Mount a website, get something on YouTube, pod-cast your sermons, post advice on FaceBook and tweet daily. Yes there is always the danger of superficiality, but Fulton Sheen faced that same danger fifty years ago and met it with enormous intelligence and creativity.

I really believe that now is a great time to be a priest. Some of the holiest saints have emerged during periods much like our own, fraught with difficulties and rich in opportunities. Don't shrink from any of it, brothers. Ad multos annos! 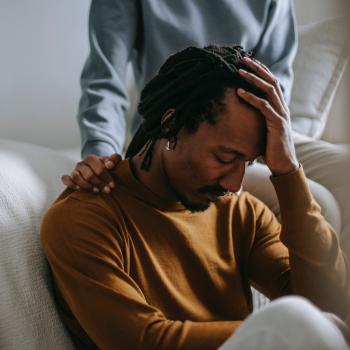 Fearfully and wonderfully made: The promise and perils of creating AI
Erik Strandness
4 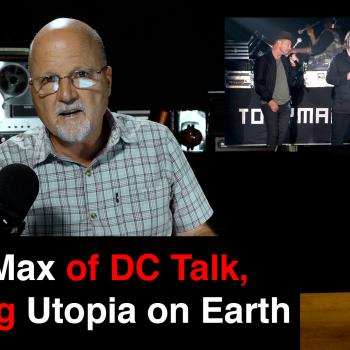 Kevin Max of DC Talk, Seeking Utopia on Earth | What You’ve Been Searching For
Christian Podcast Central Christian Podcast Central
Get Patheos Newsletters
Get the latest from Patheos by signing up for our newsletters. Try our 3 most popular, or select from our huge collection of unique and thought-provoking newsletters.
From time to time you will also receive Special Offers from our partners that help us make this content free for you. You can opt out of these offers at any time.
see our full list of newsletters
Editor's picks See all columnists