The Scandal of the Evangelical Experts?

Evangelicals have a knack for subculture. Christian music, Christian books, and Christian movies all enjoy a thriving business. Evangelicals have their own experts, too, popular authorities who champion causes from creationism to Christian childrearing to a uniquely spiritual founding of the United States.

Randall Stephens and Karl Giberson, authors of The Anointed: Evangelical Truth in a Secular Age, recently confronted the evangelical experts in a New York Times editorial titled "The Evangelical Rejection of Reason." This column, a blunt condensation of the argument in their book, portrayed Christian authorities such as history writer David Barton and creationist Ken Ham as culpable for Christian anti-intellectualism.

Stephens and Giberson, Christian academics themselves, are revisiting the argument of renowned historian Mark Noll that the evangelical mind is scandalous. They deplore the way that many evangelicals and their anointed experts eschew not only mainstream science or history, but even the conclusions of many Christian academics. If Christians were open to these influences, according to the authors, their faith would grow richer and more complex, and would become less centered on the polarized positions demanded by the evangelical experts and their versions of the culture war. Stephens and Giberson take the discussion a step further by explaining how the subculture's authorities encourage evangelicals (or more commonly, "fundamentalists") to cultivate their anti-intellectual tendencies.

Stephens and Giberson's New York Times piece generated indignation in the conservative blogosphere, revealing the perils of their approach. I suspect that nearly all evangelicals in academia, and many rank-and-file Christians, would sympathize with at least some of Stephens and Giberson's concerns. (For full disclosure, note that I am a friend of Randall Stephens, and I am credited in The Anointed for helping with their chapter on evangelical history). But I am concerned that Stephens and Giberson's tone seems so hostile toward their adversaries, and toward "fundamentalists" generally, that they will reach few beyond the already convinced.

The editorial's list of topics on which evangelicals have supposedly "rejected reason" is long and eclectic: evolution, homosexuality, religion and the Founding, and spanking children. On all these topics, evangelicals have not accepted the dominant academic position on the subject, and thus, the New York Times piece implies, have rejected reason. Surely many evangelicals would be open to a reasoned discussion on some or all of these topics, but they would need to feel that Stephens and Giberson appreciate that conservative Christians have logical justifications for believing what they do. Aren't there serious reasons to believe in a literal reading of the "six days" of Genesis 1, or the historic teachings of most major religions on human sexuality, or even that the Bible's mandates to spank your children (Proverbs 13:24 etc.) remain in effect?

Several critics have reasonably asked what Giberson and Stephens would not have evangelicals give up in order to satisfy mainstream academic sensibilities? One letter from a secular Harvard scientist following the New York Times editorial said Christian scholars would only earn his intellectual respect if they abandoned the notion of the supernatural entirely. The authors do not wish to go that far. But exactly how far evangelicals should go is left unclear.

In The Anointed, Stephens and Giberson express admiration for evangelical scientist Francis Collins, director of the National Institutes of Health, and his belief in the resurrection of Christ and the virgin birth. So are these core Christian beliefs, but others, such as belief in the devil, a literal hell, and the historicity of Adam and Eve (doctrines the authors mention negatively) are not? Reading the book, I'm simply not sure. Giberson and Stephens don't give evangelical readers much guidance on how to draw the line between wisely appropriating mainstream scholarship and abandoning essentials of the faith.

The Anointed raises important questions about the way that some evangelicals sequester themselves in intellectual cul-de-sacs. But the book also makes me wonder what Christians in positions of academic influence can do to help upgrade the intellectual rigor of American churches. Obviously, academic Christians have largely failed to reach a general audience of believers or there would be less of a market for the populist entrepreneurs to fill. But deriding evangelicals' intellectual deficiencies in venues such as The New York Times probably isn't the most promising way to start addressing that failure. 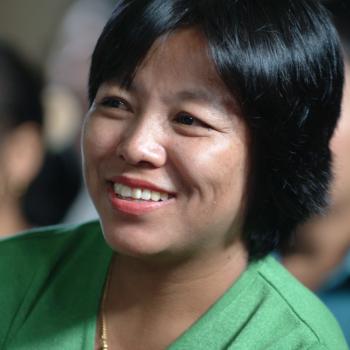 Revision 8.7 "The Orson Hyde Memorial Garden and BYU's Jerusalem Center"
Dan Peterson
Get Patheos Newsletters
Get the latest from Patheos by signing up for our newsletters. Try our 3 most popular, or select from our huge collection of unique and thought-provoking newsletters.
From time to time you will also receive Special Offers from our partners that help us make this content free for you. You can opt out of these offers at any time.
see our full list of newsletters
Editor's picks See all columnists