Virtually Pleasuring Ourselves Out of Existence

Recently, during an Adult Religious Education class that I facilitate, we read about the Old Testament plagues on Egypt. Our book suggested we talk about a few modern day plagues as well—idols that have replaced God in our lives. The first response? The internet.

"Show of hands," I said. "How many of you have the internet in your homes?" Everyone in the class, save one elderly woman, raised their hands. Our priest raised his hand. I raised my hand.

"So we agree the internet is an idol that replaces God in society, and yet every one of us has it in our homes. Is it just bad for other people to use, or is it bad for us too?"

A woman spoke up, "My daughter's teacher expects her to have internet at home in order to complete her assignments. We have to have it!" A father concurred. I also concur.

More than once, I have asked one of my children's teachers about their assignments, or papers to which I need to respond, and I'm told, "It's all on the website. Check my class website."

Acknowledging that our children and teachers depend on the internet, as do many of us for our jobs, I continued, "But people—you who attend Adult Catechesis on Wednesday night and Mass every Sunday—how many of you are willing to admit that you have a problem with the internet?"

The room was silent for a moment. A woman in the front row raised her hand. "Hello, my name is Karen, and I'm addicted to the internet."

A man in the back row raised his hand. "I'm willing to admit that I'm addicted to Ancestry.com but only because I'm pretty sure I'm related to Moses, and if I just keep digging . . ."

The confessions began to pour fourth, one after another; confessions of logging on to check email, and logging off two hours later, bewildered by what had happened to the time. "I just check email, and Facebook . . . about every hour on the hour." "I log on to look for gifts for people, and you just get sucked in, clicking and clicking . . ."

In his book The Compass of Pleasure: How Our Brains Make Fatty Foods, Orgasm, Exercise, Marijuana, Generosity, Vodka, Learning, and Gambling Feel So Good, David J. Linden asserts that information (and hence, the internet) is just one of many positive stimuli that influence the choices we make.

In a study from Massachusetts General Hospital, college students viewing pictures of beautiful people experienced brain activity similar to cocaine addicts receiving a dose of cocaine. Linden makes a case that the brain regions in question, which communicate with each other via the chemical dopamine, are also stimulated by food, money, any source of beauty, and information itself.

Linden argues, "that most experiences in our lives that we find transcendent—whether illicit vices or socially sanctioned ritual and social practices as diverse as exercise, meditative prayer, or even charitable giving—activate an anatomically and biochemically defined pleasure circuit in the brain. Shopping, orgasm, learning, highly caloric foods, gambling, prayer, dancing 'til you drop, and playing on the Internet: They all evoke neural signals that converge on a small group of interconnected brain areas called the medial forebrain pleasure circuit."

Therefore, anything that influences the choices we make does so because it stimulates the pleasure circuit. Prayer activates the same part of the brain as eating a Big Mac.

Linden's book reveals the troubling dark side of having the ability to stimulate the pleasure circuit too easily. Scientists fitted rats with an electrode that would stimulate the pleasure circuit with the touch of a lever. Once the animals discovered that touching the lever created a pleasing sensation, they would push the lever obsessively, as many as thousands of times each day.

They wouldn't eat, or care for their young, and their offspring died of starvation.

In some rather unethical studies that took place in mental asylums years ago, Linden notes, the same proved true of humans. When fitted with a push-button pleasure activating electrode in the medial forebrain pleasure circuit, humans could not stop self-stimulating. Their fingers became callused from pushing the button. They neglected hygiene and family duties. They begged to be restrained from pushing the button, only to beg for access to it again. 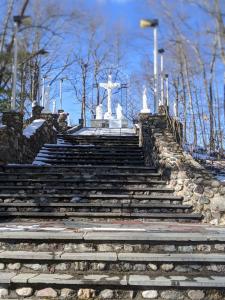 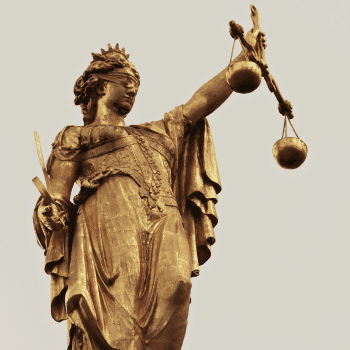 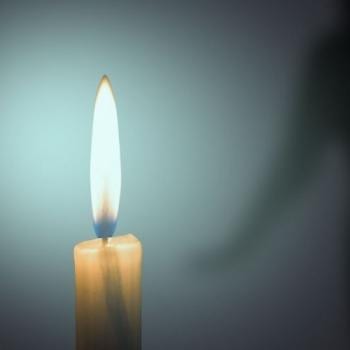 Thinking About Ritual Nudity (I Just Feel More Powerful With My Pants On)
Katie Gerrard
Get Patheos Newsletters
Get the latest from Patheos by signing up for our newsletters. Try our 3 most popular, or select from our huge collection of unique and thought-provoking newsletters.
From time to time you will also receive Special Offers from our partners that help us make this content free for you. You can opt out of these offers at any time.
see our full list of newsletters
Editor's picks See all columnists