Can Complainers Gather Between Heaven and Mirth?

The hard stuff—190-proof self-deprecation—comes from a person (or, at any rate, a character) who's been pre-deflated. He knocks his shortcomings in order to re-inflate himself to normal human proportions. At worst, he's fishing for compliments, but at best he's simply substituting the pleasure of making a trenchant observation for whatever other pleasures his life's circumstances have denied him.

In "Tequila Makes Her Clothes Fall Off," Joe Nichols sings in the voice of a husband whose wife makes a habit of going out for margaritas at the Holiday Inn and coming home wrapped in a tablecloth—the rest of her clothes having disappeared over the course of the evening:

She'll start with kickin' out of her shoes,
Lose an earring in her drink,
Leave her jacket in the bathroom stall,
Drop a contact down the sink.

The humor in the song comes from the suggestion that the narrator is willing himself into naiveté and not quite succeeding. Is his wife really that clumsy, or is there an accidentally-on-purpose quality to her stripteases? Does more take place at the lounge than the wife's girlfriends are letting on? When he tells us, "She don't mean nothin'—she's just havin' fun," does he want us to agree? Or would he prefer we undeceive him before the horns sprout from his head? My sense has always been that he is recusing himself from the case, allowing his audience to decide. This confession of helplessness, from a man whose grasp on reality is as tenuous as his grasp on his wife, is self-deprecatory complaining at its finest. For listeners who can relate, it offers an affirming experience, and some real yuks.

Fr. Jim very sensibly insists that nobody, not even the most faithful Christian, can be happy all the time. But he seems to underestimate just how easily a presumption of joy can become what Philip Lopate calls "a bullying social ritual." For years, I worked at the sorts of companies that ran ads calling for "smiling faces" and "smiling voices," and proceeded to give chosen applicants little to smile about. When you're earning straight commission, and being told in sales seminars that you have nothing but your own negative thinking to blame for the collapse of your last seven loans, a little bit of open bitterness, elegantly expressed, can sound as liberating as the opening bars of "La Marseillaise."

I worked for a mortgage brokerage where one of the training officers decided a new hire was giving in too quickly to reluctant borrowers. To impress him with the importance of optimism, the trainer printed the message "BE PERSISTANT!" [sic] on dozens of 8x12 pages, which he taped over every exposed inch of the trainee's cubicle. Indeed, the man became more persistent; we could tell by the echoing voluntaries of insults and threats that carried from the people he cold-called, through his phone, and halfway across the sales floor. Still, after two weeks, the man had no solid loans in his pipeline. With his savings dwindling, he started asking the owner of the company for an advance. Each time, the owner told him, smiling: No advances—company policy.

Finally, the poor schmo deadpanned back: "I know, but I figured it couldn't hurt to be persistent."

Did he get his advance? No. In fact, that very day, he drove off at the beginning of lunch hour and never returned. But his small act of insolence kept the rest of us in good spirits for the rest of the week. Fr. Jim sideswipes this point when he writes that humor can speak truth to power. But power, unfortunately, can be slow to listen. Until it decides to, speaking the truth about power, sometimes less than charitably, can be the only thing that keeps a man from swatting it with a two-by-four. At worst, that makes it the lesser of two evils, no? 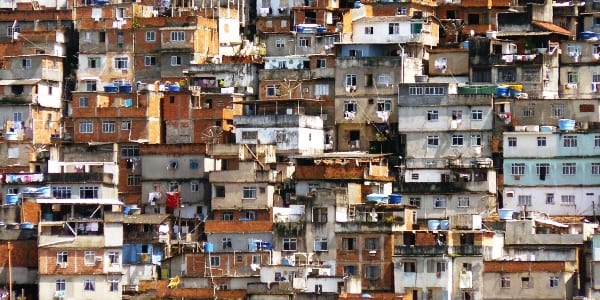 When Abortion is Illegal in America
Bob Seidensticker
3

The Music of Toto-- by Child's Anthem
Ben Witherington
Get Patheos Newsletters
Get the latest from Patheos by signing up for our newsletters. Try our 3 most popular, or select from our huge collection of unique and thought-provoking newsletters.
From time to time you will also receive Special Offers from our partners that help us make this content free for you. You can opt out of these offers at any time.
see our full list of newsletters
Editor's picks See all columnists