A group of us from the Hindu American Foundation frequently take out our mighty pens and participate in shedding light on issues relevant to and about the Hindu American community. One of the topics we listed for this year was to answer the question how we celebrate Christmas in the United States and how we help our children with feeling left out. This year, amid the many wars on Christmas, my pen will have to do more than any sword can—as it helps me navigate a war within, brought on by some recent news from Greendale, Wisconsin, and their public school holiday concert music.

The Greendale School District removed a popular Hindu devotional song after a parent complained about religious lyrics in the song this year. The headline took me to a different time and place—when my teenagers were in elementary school in a suburb of Detroit, not Milwaukee. Several years ago, at their elementary school's Parent Teacher Association meeting, the PTA co-presidents asked me to help select a song at the annual Holiday Sing-Along that could represent the large Indian immigrant population that was part of the school community. Many secular and religious Christmas songs, a Kwanzaa song, a dreidel song, and a Ramadan poem were part of the event. Our school was representative of the ethnic diversity of the city in our public schools: at the time, we were the second most diverse city in the state, and had the highest rate of immigration from countries in Asia, such as India. Statistics (based on language spoken in the students' homes) indicated that 15-20% of the approximately twelve thousand students spoke one of many different Indian languages in their homes.

I received a song recommendation (I felt I wasn't fully equipped to select an "Indian song"), "Raghupathi Raghava Raja Raam," a Hindu bhajanwhich that Gandhi and his followers sang during India's non-violent revolution from British colonial rule. I provided the lyrics and translation, and it was included in the PTA program. The next year, the PTA decided not to do Holiday Sing-Along, and instead sponsored a "Caroling for Cans" event. A school event held during the day did not include this "Indian song." I questioned the change, and got a vague, unsatisfactory answer.

Concerned that my children were getting negatively impacted by my activism, I decided to approach the issue through other avenues, ones where I didn't have to force someone to do something politically correct, and where personal courtesy was more important that political correctness. By contacting the school district administration, I got an opportunity to work with a particular teacher to help create an in-service training session on Indian music for interested teachers. The teacher didn't like the song—the use of names for God were not what she was familiar with, and Allah—the Arabic word for God—really made it difficult for us to move forward.

So I wrote an email to the school superintendent, and asked these questions: Why is it acceptable to have Christmas songs taught in the classroom, and not this one? Why do concerts with the theme of "music from around the world" rarely seem to accommodate and include music from India? Can there be a more enthusiastic approach to include this music? The superintendent responded, citing the policy that the district uses as a benchmark, and a different school district representative worked with me, to see how we could incorporate Indian-origin music into the curriculum. And the in-service eventually did happen, with help from two local Indian classical musicians. They performed, explaining the complex solfege, scale and rhythm structures that are part of the Indian musical traditions, and those who attended were given a taste of the pop music of Bollywood, as well as music to take home, including sheet music for "Raghupathi Raghava Raja Raam."

However, only five people attended the training session and there was no change to what is taught or played in our schools. My neighbor at the time, who initially suggested that I take the issue to the American Civil Liberties Union, was disappointed that I didn't take it further.

The Wisconsin controversy—which has involved the ACLU—made me wonder whether I should have done more. Troy is now in the midst of another battle about inclusion—an exclusion which I believe is based on fear and ignorance of the "other"—someone of another faith, another sexual persuasion, etc. Richard Florida, author of Flight of the Creative Class, has said that "the natural variation that different human beings with different needs and desires bring to the table may be the most powerful tool we have for improving communities, regions and nations . . . . As society diversifies and specializes, more and more different kinds of education and teaching styles must be made available." I wonder if I should or could have done more to improve my community.

But what's done is done, and a new year is almost upon us. I use my pen to relive and revive this holiday story. Maybe not in Troy or Greendale, but somewhere, someday, we can celebrate the joy of Christmas by sharing the love found in my Hindu heritage: God give Sanmati (right knowledge, wisdom) to all. Rather than focusing on whether our Hindu-American children feel left out, we will find opportunities for all children to learn something new and out of the ordinary, and sing a song from a culture and country more diverse than America, a song that represents a figure as powerful yet as simple as Mahatma Gandhi. 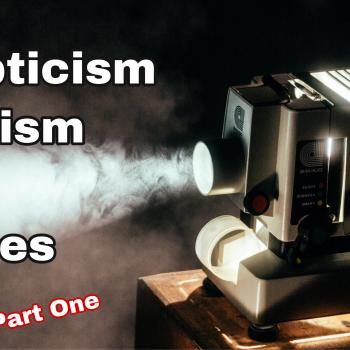 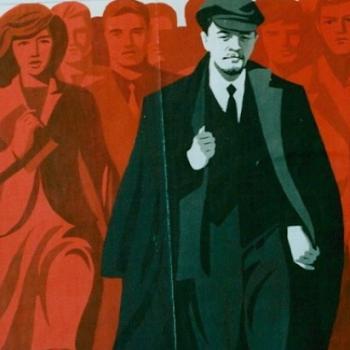 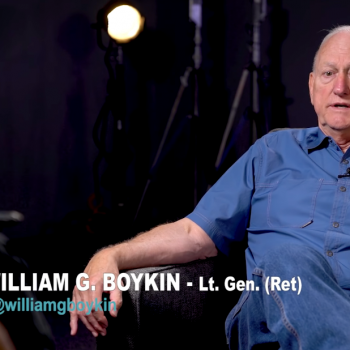 Hate-Preacher: Trans People Are "Influenced Right Out of the Pits of Hell"
Hemant Mehta
Get Patheos Newsletters
Get the latest from Patheos by signing up for our newsletters. Try our 3 most popular, or select from our huge collection of unique and thought-provoking newsletters.
From time to time you will also receive Special Offers from our partners that help us make this content free for you. You can opt out of these offers at any time.
see our full list of newsletters
Editor's picks See all columnists