How Christians Ought to "Occupy" Wall Street (and All Streets)

December 15, 2011 by Jordan J. Ballor
"Like" the Patheos Evangelical Page on Facebook to receive today's best commentary on Evangelical issues. 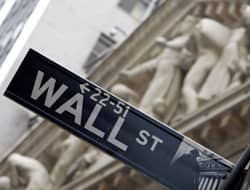 The widespread Occupy Wall Street movement and its offshoots have posed a difficult question to churches and religious leaders about the proper way to critically engage broader cultural movements. All too often, church leaders offer open arms to such trends, which is how we find anachronistic assertions that such heroes of the Christian tradition as John Calvin, St. Francis, and John Wesley would in fact be active supporters of the Occupy movement. In other cases, as in London's St. Paul's Cathedral and New York's United Methodist Church of St. Paul and St. Andrew, churches have had to respond in some way as protestors show up on their doorsteps. New York's Union Theological Seminary is "in full solidarity with the protestors," according to seminary president Serene Jones. Union also recently welcomed back Cornel West to its faculty, "to a place where his scholarly commitments and his activism don't live in two different worlds," said Jones.

It is true of course that the Christian gospel has inherently social implications, and that in some cases direct political action and social activism are entailed, at least for individual Christians working out of their own convictions, if not always for the institutional church itself. It makes sense, then, that the consciences of some Christians are deeply pricked by the message emanating from the Occupy movement and have wholeheartedly thrown their lot in with the cause of the so-called "99 percent." This is in part why religious activists like Jim Wallis and Shane Claiborne have positively engaged the Occupy movement.

But involvement in and support of the Occupy protests do not represent a normative way for Christians of all convictions to engage the world. We are not all called to identify ourselves with the rebelliousness of the perpetually outraged. In identifying the institutions of the church with these protest movements ecclesial leaders risk overlooking the most important occupiers: those Christians who occupy the pews every Sunday morning and pursue various occupations throughout the week. The range of cultural engagement by Christians is therefore coextensive with the panoply of morally legitimate activities in the world. This has been true from the church's earliest beginnings. As the early apologist Tertullian observed with respect to the Christian presence amidst the pagan Roman Empire, "We sojourn with you in the world, abjuring neither forum, nor shambles, nor bath, nor booth, nor workshop, nor inn, nor weekly market, nor any other places of commerce. We sail with you, and fight with you, and till the ground with you; and in like manner we unite with you in your traffickings—even in the various arts we make public property of our works for your benefit."

The Dutch theologian, journalist, and statesman Abraham Kuyper gave voice to the impetus for this Christian diaspora into the varied vocations of life with his articulation of the consequences of God's sovereignty. "Christ's church on earth and God's child cannot simply retreat from this life," he wrote. "If the believer's God is at work in this world, then in this world the believer's hand must take hold of the plow, and the name of the Lord must be glorified in that activity as well."

What this means is that there are Christians who already occupy Wall Street every day in their occupations as businessmen and women, bankers and investors, traders and executives, secretaries and receptionists, janitors and security guards. The church's responsibility to these "occupiers" is to provide them with the moral and spiritual formation necessary to be faithful followers of Christ every day in their productive service to others.

A group of business and ministry leaders in the UK articulated this in a recent letter to The Times of London, in which they observed, "Many Christians today work within mainstream business, attempting to be 'salt and light'. Others run organizations . . . that are committed to using business and finance to bring social benefits, raise living standards and create jobs." Through these kinds of efforts such business leaders "are part of the broader effort of the Church to reform capitalism by going to the root of the problem: the human heart."

Christians therefore must occupy the world in their occupations, doing all their work as Christians, whatever it is, "whether in word or deed," as the Apostle Paul instructs, "in the name of the Lord Jesus, giving thanks to God the Father through him" (Col. 3:17 NIV). In this way the church finds its most significant and transformative cultural engagement through its affirmation of the daily work of Christians who already occupy Wall Street (and all streets).