December 07, 2011 by Lisa Mladinich
"Like" the Patheos Catholic Page on Facebook to receive today's best commentary on Catholic issues.

If any one type is removed from the system, the cycle can break down, and the community becomes dominated by a single species. (Dr. Richard Lankau, "Loss of Genetic Diversity Threatens Species Diversity") 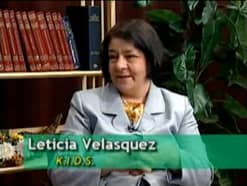 Leticia, it's great to have you back at Patheos! I'd like to discuss your recent re-coining of the term "Genetic Diversity," which I think is an important step toward reclaiming the place of "special" children in our society. But first, please briefly tell us a little about yourself, including your new book, A Special Mother Is Born [http://aspecialmotherisborn.blogspot.com/], and the organization you co-founded, Keep Infants with Down Syndrome (KIDS).

I am many things but first I am a wife of twenty years and a mom to four girls, the youngest of whom, Christina, was born in 2002 with Down syndrome.

Although I received incredible support from my Catholic homeschooling community on Long Island when she was born, I soon discovered to my dismay that this is not the case for most women. When I learned of the appalling 92 percent abortion rate of babies diagnosed with Down syndrome, I was spurred into action.

Through the blog, I met like-minded mothers of children with Down syndrome, and one of them, Eileen Haupt from Vermont, and I joined forces to form KIDS -- Keep Infants with Down Syndrome -- to represent our children in the March for Life in Washington each year and in the media. We feel that our kids need us to speak up on their behalf in a world that increasingly rejects them.

Each year, we host a reception at the National Right to Life Committee Headquarters, and then march as a group under the KIDS banner. We have been honored to include Congresswoman Cathy McMorris-Rodgers (WA-R) each year as our main speaker. She has a young son, Cole, with Down syndrome, and founded the Congressional Down Syndrome Caucus. We have appeared on EWTN, NPR, Canadian TV, and other media outlets sharing the message that our children are valuable members of society with unique, irreplaceable contributions to make, and that we are poorer without them.

As I shared my story, I encountered other women's stories of such surpassing beauty that I decided I had to share them in a collection, which I entitled A Special Mother Is Born. Then I read former Senator Rick Santorum's column, "Two Years Worth Every Tear," about his daughter Isabella Maria, who had just turned 2, and fathers found a voice in my book along with the moms.

I called it A Special Mother Is Born to highlight the fact that being called to special motherhood or fatherhood is a vocation within a vocation, much like Mother Teresa who was called from the comfort of her convent in Calcutta to work in the streets with the poor. We are called to an extraordinary vocation, parenting children whom the world rejects as "life unworthy of life." It often demands that we go public, as I have, to speak out on their behalf. We need to make this world become a more welcoming place for our children.

You were a featured speaker at the Museum of Motherhood in New York City, on Monday of this week, at an event highlighting cultural and racial diversity within the family. While culturally diverse because of the Anglo-Hispanic ethnic mix of your own family, your chosen topic for this event is one that I think is groundbreaking.