A male priesthood, then, stands as an enacted rebuttal to the idea that meritocracy is natural, inevitable, or necessary. The encroachment of merit-based thinking into a Christian community would be disastrously corrosive to gospel teachings on humility, love, dignity, and status; one can never win one's mansion above or compete for salvation. There are no merit-based scholarships to heaven. This lesson is especially important for Latter-day Saints, given our own history with tragically mistaken thinking on this topic: Black Saints were once denied access to the priesthood on the false and immoral premise that they did not merit it. This terrible error has had lasting negative consequences for both the good Black Saints who were spiritually injured by the teaching and for the reputation and credibility of the institutional church as a whole. Spiritual meritocracy is poison. The all-male LDS priesthood, for which no merit-based explanation can be offered, reminds us of that the kingdom of God is not a meritocracy.

Some readers might see this as an apologia for the LDS priesthood policy, but that's not my intention here. It's neither my job nor my inclination to defend the policy. And even if it were, what a poor justification this would be! I don't believe that the male priesthood was originally instituted or persists in the present day for the purpose of criticizing notions of inherent spiritual merit; that cultural work, even if what I'm arguing here is right, is a distant second concern to the primary pastoral and administrative functions of priesthood. And even if some social good does come of anti-meritocratic critique embodied in a patriarchal priesthood, who is to judge how that good might compare to the pain and confusion that some women feel as they try to make sense of their own identity in a patriarchal institution? Merely to think in terms of social costs and benefits is to stray back into the technocratic realm of democratic liberalism, and thus into a vocabulary that can't make sense of patriarchy except as illegitimate and abusive.

Instead, I simply want to point out that over time institutional practices can evolve to perform new kinds of cultural work, functions that are often hidden or overlooked. To borrow a word from evolutionary biology, which borrowed it in turn from architecture, the meritocratic critique embodied in a male priesthood is a spandrel, a function or feature created indirectly by the interaction of other, more primary functions. Spandrels may be evolutionarily or originally incidental, but over time they can come to perform important work in as environments change. If the LDS Church were to go the way of liberal Protestant denominations in ordaining women, so that both women and men could be called to executive leadership positions on their spiritual or administrative merits, a great many sociological, theological, and personal difficulties would be resolved, and this is certainly a development that I would welcome with the bigger half of my heart—though it is not one that I expect or for which I advocate. But such an accommodation would also deprive us of one more intellectual lens that might otherwise provide useful critical views of liberalism's unfinished or unfounded projects. How costly that loss, I can't say.

Peace Through Understanding: The Life of a Christian Scholar
Kristin Du Mez
3 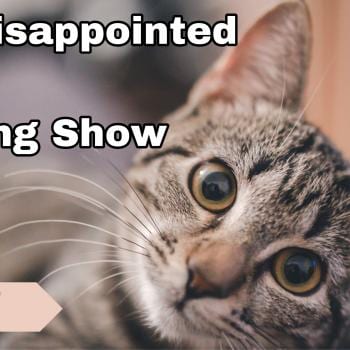 Who Is A "Progressive Christian" and How Is That Different from "Liberal...
Roger E. Olson
Get Patheos Newsletters
Get the latest from Patheos by signing up for our newsletters. Try our 3 most popular, or select from our huge collection of unique and thought-provoking newsletters.
From time to time you will also receive Special Offers from our partners that help us make this content free for you. You can opt out of these offers at any time.
see our full list of newsletters
Editor's picks See all columnists