When I worked at Washington National Cathedral one of my colleagues wore a button during Advent that declared, "Jesus is Coming! Look Busy!"

It was meant, of course, as a jest, but Advent does raise the question, "Who is coming?" or, more precisely, "Which Jesus is coming?" And, in response, both our culture and the church's leaders offer a variety of answers. I have now heard enough of those answers over the years to dread the coming of Advent itself.

So far this Advent, I have heard people argue that Jesus is "the first Occupier." Others have asserted that Jesus is "a prophet just like the other prophets celebrated by Jews and Muslims." And I've even heard it argued that in preaching we should avoid using the name of Jesus or, at a minimum, use his name, sparingly—knowing the offense that his name has and can give to others.

All three views (and others like them—as well as those that are on the other end of the socio-political spectrum) are nothing new. But Advent certainly offers an opportunity to market them and if people respond in a nearly apoplectic fit, so much the better. All publicity is good publicity, even if it's negative. Isn't it?

The emotional impulses that drive these pretentious Advent announcements are a better barometer of their value than a detailed critique of each new suggestion. And it can also save some time over a period of years.

So, I offer these observations as a means of finding freedom from the fairly improbable claim that after 2000 years someone with access to the press has, at last, figured out exactly who Jesus is.

One impulse is the desire to be relevant. Writers, church leaders, and entertainers must thrill to be told that they should be policy makers, president, or senators. There is nothing more gratifying when you are not in charge of anything particularly important, or when your life's work is pretending to be someone else, or when you make your living writing and telling jokes.

But in order to enjoy that kind of relevance, the coming of Jesus has to be about "us"—and, preferably, about the person trying to be important. So, Jesus is suddenly demonstrating in parks, carrying the flag, and advocating for one side, or the other in political and economic debates that would have been completely and utterly foreign to him.

It's time for a moratorium on the question, "What Would Jesus Do?" The answer to the WWJD question is WYWHDA: "What You Would Have Done Anyway." The appeal to Jesus is simply a rhetorical ploy. It is not a serious question and it hasn't been for quite some time.

Any serious contemplation of the coming of Jesus and the implications of his coming for our day and age would acknowledge the vast differences between then and now. Those who offered thoughts on the subject would acknowledge the complexity of bringing insights from his life and ministry to bear on the issues we face. And they would humbly admit that their view is precisely that—their view—for which they bear complete responsibility and which might be completely wide of the mark.

Jesus wasn't much on joining movements and I don't think he is likely to join any of ours. He had a way of goring everyone's ox.

The second impulse shaping views of Jesus is the desire to be accepted. Here the problem isn't the historical Jesus, it's the biblical Christ. Nothing says white, liberal, Christian guilt like the assertion that "what I believe about Jesus is something everyone can believe about Jesus."

Really? I don't think that people are that neutral in their opinions of Jon Stewart, never mind "the King of Kings and Lord of Lords."

The peculiar thing about this particular gambit is that it completely undermines the effort to have a conversation about our differences.

After all, why would I organize my life around the teachings of a first-century Palestinian Jew—no matter how good a guy he might have been? There are far more recent good men and women who understand the world in which we live and the problems that we face. There might even be a few who are still alive. 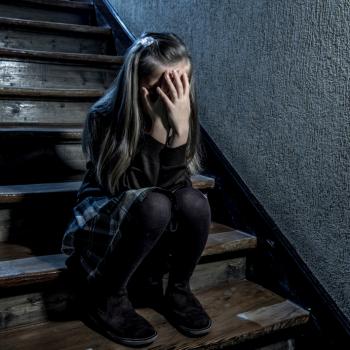 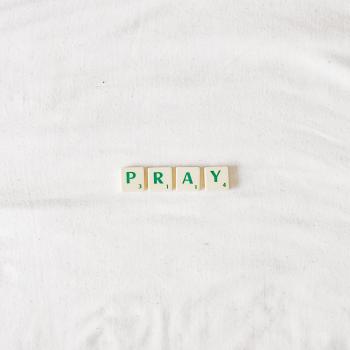 The Mystical, Practical, and Overlooked Powers of Prayer
Joey Willis
Get Patheos Newsletters
Get the latest from Patheos by signing up for our newsletters. Try our 3 most popular, or select from our huge collection of unique and thought-provoking newsletters.
From time to time you will also receive Special Offers from our partners that help us make this content free for you. You can opt out of these offers at any time.
see our full list of newsletters
Editor's picks See all columnists