I grew up a young conservative of the Goldwater persuasion and accepted at a deep level the libertarian view that peaceful individuals are never to be aggressed against. Since those days so long ago, two things happened. I became more and more aware of the problems in the conservative and classical liberal analysis of society and its problems, and I retained my concern for individual rights and wellbeing, but with a new sense of what it was to be an individual. Making sense of the world got a lot more complicated—even before I became a Pagan.

Looking back, the seed to my shift away from Goldwater conservatism and the libertarianism that followed was planted on the bathroom wall of the men's john at the "Bierstube," a college bar near the University of Kansas, where I got my bachelors and masters. Someone had written an excerpt of a poem by Yevgeny Yevutshenko, a Soviet era Russian poet who was in frequent trouble with the authorities as "too bourgeois."

In any man who dies there dies with him
His first snow and kiss and fight.
It goes with him.

They are left books and bridges
And painted canvas and machinery.

Whose fate is to survive.
But what has gone is also not nothing:

By the rule of the game something has gone.
Not people die but worlds die in them.

It would be years before the full implications of that fragment sunk in, but even then I knew there was something profound there, and that I had to find the poem. Which I eventually did. Since then, it has always been my favorite poem.

Why was it so important to a young then-libertarian? And why do I think it is relevant to a Pagan site today?

Even in its secular guise, the traditional American model of an individual is deeply Protestant. From that perspective are individual atoms with firm boundaries and each having a unique relationship with God, a relationship for which we are ultimately entirely responsible. When this idea of an individual became secularized, it usually incorporated its Protestant Christian assumptions of atomistic separation from the world and from other people.

From this perspective Ayn Rand is an atheistic version of extreme Protestantism. This similarity probably explains much of her popularity in this culture and is why so many who pretend to be Christians today talk like her. Despite all her talk about how different her philosophy was, it really fit pretty well with some important existing views.

I think it also captures better than the Protestant rooted ideal the uniqueness of each individual as concretely distinct from all others because the relationships that help make up each of us are always different. By contrast the dominant Western concept of individuals as distinct impenetrable atoms leads (in one stream) to utilitarianism, whereas every person is regarded as ethically identical and therefore one person can rightfully be sacrificed for the good of more than one. In the other major secular stream it usually leads to rights theories where some idea of an abstract right substitutes for the Christian God, and concrete individuals are frequently sacrificed in the names of these rights.

Libertarians are famous among many non-libertarians for their willingness to sacrifice real people on the altar of their theories of rights.

By contrast to the Western model, Yevtushenko's poem teaches us, as does the African proverb, that our individuality is shaped to its very core by relationships, and so we can ask what are truly appropriate relationships. And not just with people. Everything around us consists of relationships.

"Mine House is a House of Zion and not a House of Babylon!"
Dan Peterson
2 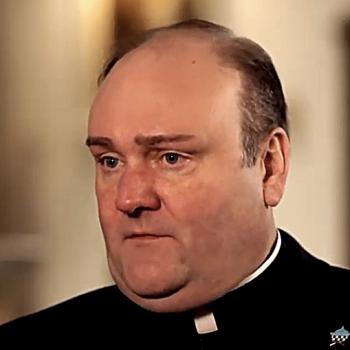