Some Principle of Being Abides

I have walked through many lives,
some of them my own,
and I am not who I was,
though some principle of being
abides, from which I strugglenot to stray.
-Stanley Kunitz, from "The Layers" 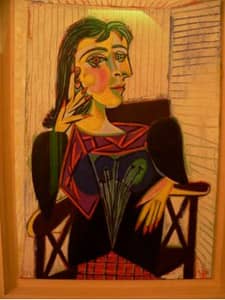 I first read those lines as a freshman in college during my first and only semester at the College of the Holy Cross. The name of the course was "Critical Reading and Writing," taught by the late John H. Wilson, a professor whose Socratic beard and commanding gaze made him seem not so much a man as a monument. When he stood before us, I became immediately conscious of how much I didn't know.

Walking back to my dorm after class, past a campus graveyard, I felt interrogated. What were Kunitz's "many lives"? And how could some of them be both his and not his? And what was the "principle of being"? God? If not God, what? I imagined something galactic that I somehow had to collect and absorb. But not yet aware of metaphysics, and being only 19, I could not harvest my memories for anything helpful. I had only an intuition that the lines contained essential, primal knowledge—and that I was too young too obtain it.

It would be another decade before I could say with any confidence that I had arrived where Kunitz's verse began. It would take ten more years, ten years of perspective that only life experience—and season after soul-crushing season of Notre Dame football—can bring. At the end of that decade, with my twenties fading like old photos, I could look back and find many lives, some of which were my own, and some of which were not. And I also saw, despite these changes, that something or, rather, someone, stayed the same.

It was contemporary Catholic theology, however, that would make sense of my reflections, bringing them into a framework I could trust. In particular, it was my reading of a motif that has found a home among a modern audience: the idea of the true and false selves and their relationship to God.

I first encountered the theme two years ago, in Father James Martin's Becoming Who You Are: Insights on the True Self from Thomas Merton and Other Saints. In it, Father Martin discussed how Merton's thought guided his own spiritual voyage from a layman in finance to a priest in the Society of Jesus. According to Father Martin, Merton's "simple concept of the true self, the person we are before God and the person we are meant to be, was a critical insight in my spiritual life." During his discernment, Father Martin was struck by a passage in Merton's No Man is an Island:

Why do we have to spend our lives striving to be something we would never want to be, if we only knew what we wanted?Why do we waste our time doing things which, if we only stopped to think about them, are just the opposite of what we were made for?

Those questions, and his own meditations on the clashing selves, gave Father Martin an insight:

The self that I had long presented to others—the person interested in climbing the corporate ladder, in always being clever and hip, in knowing how to order the best wines, in attending the hottest parties, and in getting into the hippest clubs, in never doubting my place in the world, in always being, in a word, cool—that person was unreal. That person was nothing more than a mask I wore. And I knew it.

Gradually, Father Martin began to separate from what he considered his false self, the suave Manhattan socialite, for the self that he believed was more rooted in God. Once this began, he met his authentic longing: to become a Jesuit priest.

In addition to Father Martin, another contemporary and famous cleric, Father Robert Barron, has turned to the motif of the true self to articulate elements of Christian anthropology, in particular the Catholic understanding of creation in the image and likeness of God. Father Barron turned to Merton in his 1998 book, And Now I See. . .: A Theology of Transformation.

"The principal theme in the writings of Thomas Merton," wrote Father Barron, "is, arguably, the tension between the true self and the false self." According to Father Barron, for Merton "the spiritual life could be defined as the awakening to the true 'I,' the Christ living in me, and the dying to the vaporous and destructive ego created by fear."

In chapter four of And Now I See, Father Barron charts how Merton surrendered to that dying—how he "allowed the God whom he had glimpsed through the positive experience of the beautiful and the negative experience of dependency to lure him toward baptism, then toward the Trappist monastery where he found his vocation as a contemplative monk and priest." Merton's conversion, concludes Father Barron, is "from sin to imago to election and vocation. The true self wins victory over the false self."