Salvation and the Drama of Publication

December 08, 2011 by Elizabeth Duffy
"Like" the Patheos Catholic Page on Facebook to receive today's best commentary on Catholic issues. 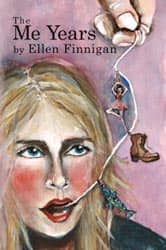 Robert Fay at The Millions recently asked, "Where Have All the Catholic Writers Gone?" He noted that the drama of salvation has been absent from works of the highest literary caliber for some time and then cites hypotheses for this absence ranging from a secularization of the culture to changes in the liturgy of the Mass.

One thing Fay did not consider in his article is how publishing has changed in the last fifty years. When the big box stores usurped independent booksellers, when bestselling authors received six-figure advances, when the novel became a transitory event, rather than a timeless one, the drama of salvation had difficulty finding its place on the shelf.

Here's a one-line summary from the back of the Flannery O'Connor novel: Wise Blood "evokes a terrifying world as it reveals a weird relationship between a sensual young girl, a conniving widow, and a young man who deliberately blinds himself."

Sounds like a bestseller to me! And where exactly would it be shelved? It's too short to command the $25 hardcover price, and it's too long for a short story collection. It's highly likely that in today's market, Wise Blood would never have seen publication.

Recently I received an email from a young author named Ellen Finnigan who self-published her memoir, The Me Years. She wrote:

Upon graduation, I set out to write the book I wish I could have read in my twenties . . . for young adults like myself, who find that they can't completely turn away from the religion in which they were raised, and yet find that they are largely a product of, and remain mired in postmodern, secular, mainstream American culture.

Though her book had interest from several publishers, including FSG, it "had a serious genre problem: It was not religious enough to go on the Christian Inspiration shelf at Barnes & Noble, and it was too religious to go anywhere else."

Finnigan describes the conflict for authors grappling with spiritual themes in today's publishing climate, "I was not willing to 'church up' my book so that it could be more easily marketed to devout Catholics, and I knew that the book was probably going to be too 'edgy,' its concerns too broad, for Catholic presses, so I decided to part ways with my agent, forgo traditional publishing, and go it alone."

I'm always looking for a reason to put down a book once I've started it. The Me Years kept me up late at night, and it was the first thing I reached for the next morning. I was engrossed through the very last page.

The book reads more like a novel than a memoir, as Finnigan, a cradle-Catholic, carries on an ill-fated romance with a misanthropic atheist in "the absurd corporate culture of a failing start-up." And yet, as a memoir, The Me Years deftly encompasses the broad scope of experience that composes one young woman's life so far: a childhood sex-education, coming of age, the burdens of freedom, post 9-11 anxiety, Washington D.C. nightlife, corporate America, the murmur of vulgarity that undergirds youth culture, and the Church—ever-present and waiting to be remembered by young modern Catholics who've never quite understood its claim on their consciousness.

The ultimate drama of The Me Years, however, is the shift of one woman's faith from a peripheral and vague notion of love as Eros to a central and profound understanding of love as Agape, and how, in this way, she grows into the Catholic faith with which her parents gifted her at birth.

Even though it's clear from the first page that the love interest isn't going to last, it takes a while for him to make his exit. And in the course of that time, Finnigan will examine from a secular perspective a number of different social/spiritual questions. What is marriage? Why not sleep with a married man? Readers may wonder when the conversion in this story is going to take place, but when one has grown up more attuned to secular concerns than spiritual ones, there are many different membranes of influence to work through, and Finnigan fascinatingly punctures each one.