Words that Matter: The Friday Five with Jennifer Schuchmann

December 02, 2011 by Daniel Darling
"Like" the Patheos Evangelical Page on Facebook to receive today's best commentary on Evangelical issues. 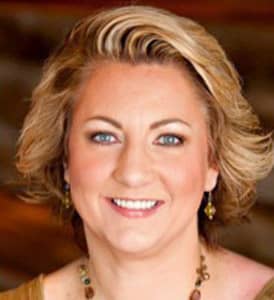 Jennifer has written or co-written numerous books, has contributed articles to leading evangelical publications and has garnered several prestigious writing awards. She is also a personal friend. Today I asked her to stop by and answer some questions about the writing life.

How did your writing journey begin?

From the time I was very young, my mother recognized that I had a talent for writing, so she took me to professional writing conferences even while I was still in elementary school. At those conferences, I met a lot of middle-aged women who wore purple and overflowed with story ideas. I was young, didn't like purple, and wasn't overflowing with ideas to write about. In fact, I didn't have any ideas. I did want to accomplish something big, but I didn't see doing that as a writer. So while some people were late-blooming writers because they didn't have a role model, from an early age, I chose not to be a writer because I didn't think I had much in common with my role models.

Although I didn't see a future as a writer, I did continue to write. Throughout my academic career I entered writing competitions and often won prizes (money, trips, awards, etc.). At work I often offered to write press releases, sales copy, and presentations. As a volunteer, I wrote curriculum for churches and non-profit organizations. And as a mom, I ended up writing the school musicals at my son's school.

I even wrote and published some articles "just for resume fodder," but despite all the professional work I did, I refused to call myself a writer. When people said I should write professionally, my flippant answer was, "If God wants me to write, he'll send an editor to my front door." By now I knew God was calling me to write, but I refused to follow his call without some sort of divine "proof." Looking back it might have even been a fear of failure (or perhaps even of success). In either case, I was flagrantly disobedient because I knew what He was asking and I refused.

During that prayer, I got an idea for an article. That was rather significant since a lack of ideas was one of the reasons I wouldn't call myself a writer. So I turned on the computer to write it down. As soon I did, I got an unexpected e-mail from a magazine editor with an assignment. Apparently, he had written the e-mail just as I was praying. I knew that was more than a coincidence, so I stopped and prayed again. I told God that if he wanted me to be a writer, I promised to work hard and always grow in my craft. I also promised that if he sent mentors to me I would mentor others who wanted to write.

Since then, I've received many confirmations that this is God's plan for my life. At a writer's conference not long after I prayed that prayer, I felt like God said to me, "I don't always need writers with lots of ideas. Sometimes I just need writers who will take assignments."

That has been my vision for my writing career since then. I am a writer who takes assignments. Although I started writing out of obedience and a clear sense of calling, I have found tremendous joy in what I do. It is clear that I am doing what God called me to do. And I discovered something else— those passionate, purple-wearing women who overflowed with creative ideas were very different from me. But that didn't mean we weren't all writers. The difference was, they were fiction writers and I focused on non-fiction. I didn't have to be just like them in order to be a writer.

About Daniel Darling
Daniel Darling is the Senior Pastor of Gages Lake Bible Church in the northwest suburbs of Chicago and the author of Crash Course and iFaith. His columns appear at Crosswalk.com. Follow him through Facebook, Twitter, or his personal website.