Why Christians in Egypt Are Holding Their Breath, Part 2

January 26, 2012 by Kurt J. Werthmuller
"Like" the Patheos Evangelical Page on Facebook to receive today's best commentary on Evangelical issues.

Editor's Note: Part 1 of Dr. Werthmuller's report on Christians in Egypt can be found here. 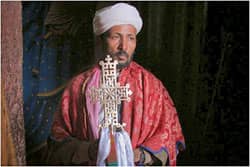 Paradoxically, the last century has been a period in which Copts have experienced both a reinvigorated sense of communal identity and increasing socio-religious pressure. In terms of the former, the mid-20th-century "Sunday School movement" (whose leaders in its heyday of the 1930s and '40s included the church's future patriarch, H.H. Shenouda III) sought to reverse centuries of cultural stagnation and what the Coptic Orthodox Church perceived as a growing threat from western Protestant missions. This initiative made the spiritual and ecclesiastical education of Coptic youth a priority by, for example, re-introducing instruction in the Coptic language (which had disappeared as a living language since the Middle Ages), encouraging devotion to its unique canon of Egyptian saints and martyrs, and emphasizing the special place of monasticism in the Coptic experience.

By the end of the century and into the present one, the Copts have indeed experienced a real sense of renewal: most of Egypt's churches overflow with congregants for regular services, for example, while many monasteries have been able to boast of a full complement of residents, for the first time in centuries. New media, such as a proliferation of Arabic Christian satellite networks, have also provided a sort of ecumenical, virtual gathering place for Copts of all denominations. There, videos of Coptic Orthodox liturgy and instruction regularly compete for attention with programs from evangelical preachers and worship teams, Abuna Zakaria Boutros (a controversial, defrocked Coptic priest who specializes in anti-Islamic polemic), and yes, Joyce Meyer.

However, this rejuvenation has also been joined by a decades-long intensification of anti-Coptic discrimination, marginalization, and even outright persecution by some segments of the Muslim majority -- including, at times, the Egyptian state. There have been low-level pressures on Egyptian non-Muslims for centuries, of course, but these began to especially intensify in the 1970s with the emergence of Political Islam. At first with the encouragement of the Sadat regime (and later turning against it), groups of ultraconservative Muslim students began to embrace a new Islamism that sought to firmly re-establish Egypt's Islamic identity, as they saw it, in culture, politics, and society -- many of whom followed Sayyid Qutb's school of thought regarding the necessity of force to accomplish this. This included reminding the Copts of "their place," and some of these zealots, spearheaded by the Gama'a Islamiya ("Islamic Group"), carried out numerous, individual attacks on Christian individuals and businesses, especially in Upper Egypt, throughout the 1970s, '80s, and '90s.

The last decade has been a time of increasing anxiety for the Copts. The armed extremism of the 1970s gradually settled into a less combative, but far more pervasive, form of religious conservatism throughout Egyptian society. (The more puritanical strain of this movement, Salafism, remained largely underground until 2011; more on this below.) This movement has mostly been concerned with the religiosity of Egyptian society in general, but its adherents have at times attacked Christians for what they view as evidence of Copts insolently "forgetting their place," such as daring to repair church buildings.

At the same time, the corrupt Mubarak regime did nothing to address pervasive, societal discrimination against Copts, while creating a culture of legal impunity for the periodic use of violence against them. Outright violence on Christians may not have characterized daily life, but when it did flare up on an increasingly regular basis, it was generally ignored by the regime, or settled by so-called "reconciliations" that treated attackers and victims as equal participants in the violence -- and held no one accountable (such as the attacks in Bamha, Giza attacks in May 2007). The bombing of the Two Saints Church in Alexandria on New Year's Eve 2010, which killed twenty Coptic worshippers and injured scores, turned out to be a tragic (and still unresolved) end to that decade of decline.