Discovering the Sacred: How to Nurture an Authentic Spirituality in the New Year 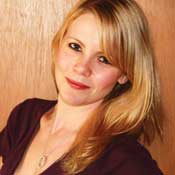 I was 15 years old the first time I called myself a Wiccan. I'd been brought up in the Catholic tradition, but the Bible's stories never felt plausible to me.

After getting my tarot cards read at a Boston psychic shop, I learned that Wicca is a New Age spiritual discipline that honors both gods and goddesses, and that Wiccans believe they can create change in the world by working with energy and nature.

But that wasn't really what attracted me to the craft, as it's also known. I'd seen a lot of practitioners wearing gorgeous velvet capes and participating in highly theatrical rituals. I figured if I was going to arbitrarily choose beliefs, they might as well involve costumes and magic.

That's how choosing a religion felt to me: completely random.

Except I didn't get to choose, and I didn't understand how beliefs could be passed down from generation to generation when the word "belief" implies an opinion or conviction, not necessarily fact. Opinions and convictions aren't inherited; they're formed.

I needed the space and freedom to form my own.

At 15, draped in black clothing and clutching a wand I made from a branch and gem stones, I realized I'd walked away from organized religion because I plain and simply did not find faith as comforting as my family members did.

What felt comforting to me, was acknowledging my uncertainty. There was a lot I simply did not know, and admitting that felt liberating.

It was the first time I felt I had a sense of what I actually believed: that there are many answers we do not have, and that all I know for sure is that everything changes—including our opinions and convictions. With time and new information, everything transforms.

I decided then to define spirituality based not on some deeper understanding of the meaning of life, but instead on a commitment to creating meaning through my everyday choices. It would be less about a higher power and more about finding and using my own.

It's been more than a decade since I last called the corners in a Wiccan ceremony with dark eyeliner smudged on my lids, but my understanding of spirituality has remained intact.

Even though it's based on a foundation of unknowns, it provides me with a tremendous sense of direction, purpose, and fortitude because it feels true and empowering to me.

Over time, it's also led me to other people who feel comfortable acknowledging uncertainty, accepting constant change, and embracing impermanence (many of whom call themselves Buddhists, or who, like me, incorporate Buddhist practices into their lives, along with pieces of varied spiritual traditions).

According to Dr. Kenneth Pargament of Bowling Green State University in Ohio, a researcher who studies the links between spirituality and well-being, spirituality is "a search for the sacred, an ever-evolving process of discovering, holding on to, and when necessary, transforming one's relationship with the sacred."

This, I've learned, is how faith and spirituality contribute to our overall well-being: when they're based on what we genuinely believe and find sacred, and as a result provide a deep sense of meaning and connection to the people and the world around us.

So the question that we each need to answer, then, is: What do you find sacred? And what are you doing about it? How are you leveraging your belief to connect you with other people and support a sense of belonging to something larger than yourself?

What Do You Find Sacred?

Traditionally, we associate the word "sacred" with God and religion, but it can also mean "regarded with reverence."

We can hold any number of things sacred, from nature to family to the present moment. You might understand as divine the extraordinary you can't see but have faith is there, or you may find the divine in the ordinary things that you see every day and sometimes take for granted.

There is no right or wrong answer when it comes to our individual understandings of what's sacred. We get to choose what we hold with respect and awe, and what we value as greater than any one individual.

I hold sacred the present moment, our individual and collective capacity for growth, and the ability to connect with other people. I feel grounded and purposeful in the world when I honor these things through my daily choices; and they give me strength when I'm dealing with difficult times.

According to research on religion and coping styles, I fall into the "self-directing" category, which means I rely on myself to solve problems, not a higher power.