Death shall not destroy my comfort,
Christ shall guide me thro' the gloom;
Down He'll send some heav'nly convoy,
To escort my spirit home. 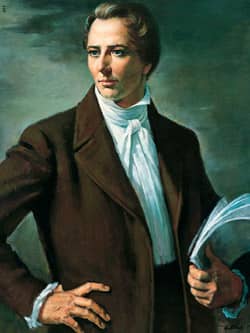 Early America was besieged with death. Infant mortality rates, deadly diseases, deadly weather, childbirth complications, and a host of other aggravations placed death at the doorstep for nearly every family at an alarming rate. For comfort, many turned to religion to create a culture in which dying could be better understood. It should make sense, then, that Mormonism, America's home-grown religion, offers a prime example of how antebellum Americans dealt with, reimagined, and alleviated the fear of death.

With In Heaven as It is on Earth: Joseph Smith and the Early Mormon Conquest of Death, critical care physician and assistant professor of medicine Samuel Brown presents early Mormons as "assiduous students of death" who sought to combat and overcome the threat of the grave and did so in remarkable ways. But beyond persuasively demonstrating the prominent role of death in Joseph Smith's thought, Brown argues that death culture is a potent organizational theme in which to understand early Mormon culture as a whole.

Because the term "death conquest" is central to this book's argument, it is important to capture Brown's own definition:

[Mormonism's "death conquest" is] a set of approaches to the meaning of life, a framing of aspirations for the afterlife, and controversies about the security or stability of salvation, as expressed in human struggles with mortality. When and under what circumstances life ends, how much of earthly experience will persist, and what constitutes preparation for death are problems that can be distinguished from the question of salvation per se. Framing Mormonism as an attempted conquest of death illuminates its theology and enriches the texture of the lived experience of believers.

The study of early Mormonism's response to death, then, is more than just a history of ideas. Instead, it is a microcosmic examination of Mormon life and culture in general, for it intersects with numerous tensions and issues within LDS history. Indeed, it is surprising how many disparate topics that have long interested historians—treasure seeking, seer stones, relics, temple ordinances, and polygamy, to name a few—are seamlessly weaved together into an overarching web of "death culture." Taken at its word, this book contains many lessons for numerous facets of Mormon history.

Because this "death culture" never takes place in a vacuum, In Heaven as It is on Earth spends a great deal of time on context. Throughout the book, Brown is expertly attuned to the contemporary culture that Mormonism both developed from and reacted against, noting how "Americans possessed a remarkably robust death culture with roots stretching from medieval Christianity through early modern England into the colonial churches and antebellum evangelicalism." Though Brown too rarely uses the example of Mormonism to make broader claims on American culture, instead mostly relying on the larger culture to illuminate Joseph Smith's thought, he is to be commended for his exposure to and incorporation of the dynamic and diverse religious life during the period. This sophisticated and nuanced contextualization is the hallmark of the new generation of Mormon Studies, and is on proud display in this particular volume.

Brown's book is broken up into two sections, each including five chapters. In the first, Brown fleshes out the death culture of antebellum America and how it intersected with early Mormonism. Chapters are devoted to individual topics: ritualized death scenes of "holy dying" (chapter one), the threat of putrefaction and promise of resurrection (chapter two), the living's relationship with the dead and their legacy (chapter three), early Mormon interaction with and conceptions of Native Americans (chapter four), and the potential for prophetic "seerhood" to transcend problems of death and language (chapter five). It is in these chapters that Brown demonstrates how central death was Mormon culture, and it made sense of many elements or episodes in LDS history that often appear anomalous.

I found particularly fascinating Mormonism's response to the "vanishing Indian narrative," where Joseph Smith did much more than merely "parrot his peers" by developing a complex "genealogical connection with the imperiled Natives inhabiting the early American republic." Similar sophisticated analysis is made with topics like the fear of bodily decomposition and quest for the primordial Eden family.