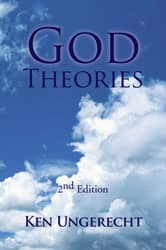 For the majority of people their spiritual views are a function of where they grew up. Every major religion shares the same major set of beliefs. They all profess a conviction in a loving Supreme Being and some sort of an idea of eternal life. They promote developing respect and consideration for other people and for acquiring a set of moral principles to live by. They each have their own very strong and inherently beautiful traditions. The majority of spiritual leaders advocate respect for each other's traditions. The main problem, however, is that often these traditions lead to very rigid and emotionally held detailed beliefs that are often in conflict with each other. It is when these beliefs lead to intolerance and violence that they begin to become more of a destructive force in society than a constructive force. The views that people have with regard to their spiritual nature is almost always one strictly of faith. One of the primary purposes in writing this book was to attempt to incorporate a greater degree of reason in to this discussion.

The application of the rationale typically involves a cyclic or spiraling process of speculation, gathering evidence, formulating proofs, performing additional speculation, gathering more evidence, formulating more proofs etc. In this book the author has attempted to incorporate each of these activities in a unique way with the intent of helping gain a greater understanding of just who and what we are.

There is a growing chorus from many who would claim the discoveries of science have rendered the concept of God obsolete. Readers will discover why they are almost certainly wrong. They will leave blind faith at home and explore the Divine with a journey down that less traveled road of logic and reason. They may be surprised at what is there to be found in author Ken Ungerecht's revealing read, God Theories 2nd Edition.

Ken Ungerecht was born and raised in the lake country of northern Minnesota. He has taught high school biology, chemistry, and physics. He currently resides in Baltimore, Maryland, where he is employed as an engineer and training representative in the field of electronic communications. Among his many interests has been a lifelong passion to learn and understand more about the possible spiritual aspects of the human condition.