The call of the ancient prophet Samuel in the temple of Shiloh was and is the very stuff of legend. The young boy, left in the temple by his mother Hannah because of her vow to do so after the boy's near-miraculous birth, exposed the lad to the failing priesthood of the aging and blind Eli. Yet, it is through that old man that Samuel hears the voice of YHWH, dimmed by a foolish old man but still active in the life of the people of Israel. Let's imagine it again and see what we might learn even in our own hard-of-divine-hearing days.

Shiloh was once a place of divine presence, but it had become a filthy remnant of its former glory, characterized now more by slip-shod sacrifice of mottled and speckled beasts than by grand holocausts of pure offerings. Samuel, having now spent much of his brief life around an ineffectual and despondent Eli and his corps of haggard holy minions, was deeply depressed, only now vaguely imagining how he could ever fulfill the expectations of his mother to become a man of God. How could he ever become a man of God when God had ceased speaking to the people God had called and formed?

Suddenly, a loud voice shattered the gloom of the temple. "Samuel, Samuel!" Immediately and automatically the boy replied, "Here I am!" It surely was the aged Eli shouting in his labored sleep, recalling in his dreams a former holy life long past. Or perhaps the foolish man had again soiled himself, as the old were wont to do. Or perhaps he was just fevered and needed a sip of water to cool his tongue. Samuel had seen and heard all this too many times to number, and he went reluctantly to attend to the demanding ancient man. "I'm here; you called me," he said, rather too loudly, although Eli's poor eyes were often matched by equally useless ears.

"I did not call, boy! What are you doing here?" The stench of Eli's room was overpowering; Samuel hoped that along with bad ears and eyes Eli's sense of smell was fading, too. But no sooner had Samuel escaped that rancid room when the voice came again, "Samuel, Samuel," this time seemingly more insistent. And Samuel dutifully went back toward the terrible room and said again, "I'm here; you called me." "No I did not call, my son. Go and lie down." There was a kind of questioning tone in Eli's voice, but Samuel was too tired and too disgusted to hear it. He trudged back to his room and his bed.

A third time the voice came, much louder now. "Samuel, Samuel!" For the young priest it was too much. He stomped into Eli's room, and glared at the blind priest and sad through clenched teeth, "I'm here; you called me." He wanted to add other less temperate words but his priestly calling closed his mouth. The old man responded differently this time. "Go and lie down," he said. If the voice comes again, say exactly these words, 'Speak, YHWH, for your servant in listening.'"

And Samuel was shocked. Could it be that YHWH was calling him? Could it be that God's silence was at last broken? Could it be that he, a mere boy, was receiving the very word of YHWH? He went slowly back to his bed and waited. And out of the darkness the voice spoke a fourth time, "Samuel, Samuel." Samuel was so terrified at the voice now that he did not quite respond as Eli had demanded. He said, "Speak, for your servant is listening," leaving out the name of the speaker, YHWH. He could not believe that it was YHWH at all!

But it was YHWH, and the words that Samuel heard were harrowing. "I am about to do something in Israel that will make both ears of anyone daring to hear it tingle. On the day when I act I will do everything that I said I would do to the house of Eli. I am about to punish him and his family and all his relations, because he knew of the evil of his disgusting sons, who spend their lives blaspheming me, and did not do enough to restrain them. As a result, there are not enough sacrifices, not enough prayers, not enough holy vows to assuage my fury against all of them, and that fury will never be quenched but will forever rage and rage and rage!"

And with that final "rage" echoing in the air, the voice was stilled. And Samuel lay stunned. What was he to do? Announce to his mentor, the pathetic and aging Eli, that his day was past, that his life was about to end, that his family and priestly dynasty was to be annihilated by a furious YHWH? This was his prophetic call? Little wonder that later prophets—Isaiah, Hosea, Jeremiah, Ezekiel—found myriad ways to attempt to escape the call of YHWH. They claimed extreme youth, desperate sin, poor marital bonds, odd behavior as impediments against doing what God asked them to do. 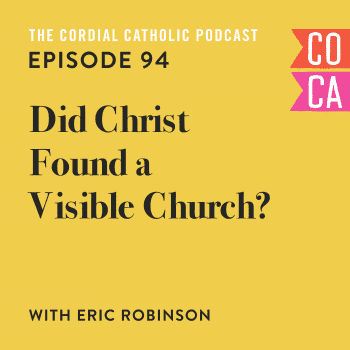