My responses to Henry's comments in my last post got me thinking just how far I could go using how we think of human individuals as a template for evaluating the monotheistic claim that God is an individual, a perfect, omnipotent and all-knowing individual. I think doing so leads us into very Pagan friendly territory-territory equally uncomfortable to what I call "monopolistic monotheism."

Initially my argument began by claiming the typical American individualist ideal of a person as autonomous was simply wrong. Individuals exist only because of the relationships in which they are entwined. Albert Einstein could not have originated on the Navajo Reservation and Nicholas Black Elk, a Lakota Medicine person, would not have come into being in Victorian England. Both needed a cultural environment conducive to their becoming who they were. They, and we, are both social products and individuals. Both qualities are equally involved in who we are. We are not just children of our society and time; we embody society and time.

The Calvinist/Randian sense of an individual so popular in this country is fundamentally mistaken. It fails to honor the unique value of actual individuals and substitutes an incoherent abstraction in their place, and abstraction in which, ironically, all individuals are the same in what makes them worthwhile.

Let's apply this analysis to the monotheistic idea of God as a person.

The Nature of God
God is supposedly the ultimate individual, writ bigger than anything else, omnipotent and omniscient. He is pleased and angered, jealous and satisfied, vengeful and forgiving. Just like we are, only supposedly perfectly. But here is a fateful dividing line in so many monotheistic conceptions. In the US most emphasize God's separation from the world, His transcendence. So we have the image of the completely separate individual, complete in himself, and free from any dependency on lesser beings. And at the same time he is a perfect individual.

If God is transcendent to all possible contexts, but an individual takes its reality from being immersed within and shaped by contexts outside itself, we have fundamentally different beings, and applying the characteristics of one to the other will not follow.

My individuality requires my being incomplete, so that it can be developed and brought into more complete being by the relationships into which I am born and into which I enter afterwards. If I am already complete as an entity my entering into relationship with you does not in any sense make me more complete. I am untouched. In other words, I do not really enter into relationship with you because you cannot touch me or change me.

Love is traditionally said to be a defining characteristic of the monotheistic God (at least other than for some Fundamentalist and Calvinist conceptions, which seem to me demonic). To love is to care, whatever else it might mean. This means love enjoys the wellbeing of the loved and is discomfited in some way when the loved suffers. But if it is so powerful that it can impact others but not itself be impacted by them, such a deity is incapable of love, because when I love, I care, and when I care, the beloved can impact me, sometimes profoundly.

This has nothing to do with relative power. I was devastated when my beloved cat died and deeply saddened when a heater in a fish tank over heated and killed many little beings. I suspect the difference between being saddened and being devastated was due to the depth of the relationship. But in all these instances I cared, a quality unavailable to a transcendent omnipotent being. 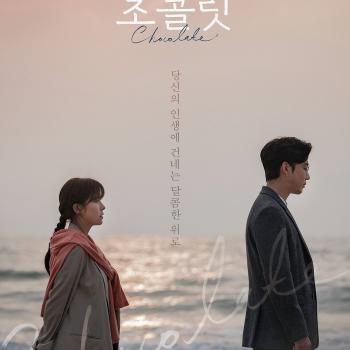 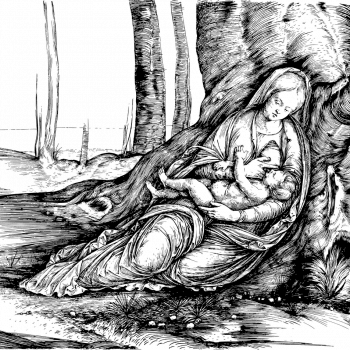 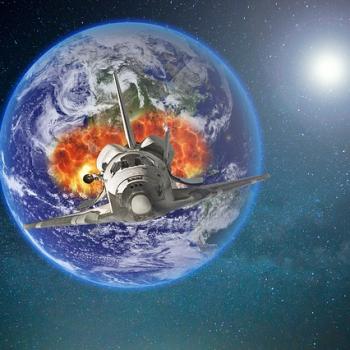 The Billionaire, the Rocket, and the Tedium of Greed
Mary Pezzulo
Get Patheos Newsletters
Get the latest from Patheos by signing up for our newsletters. Try our 3 most popular, or select from our huge collection of unique and thought-provoking newsletters.
From time to time you will also receive Special Offers from our partners that help us make this content free for you. You can opt out of these offers at any time.
see our full list of newsletters
Editor's picks See all columnists