Can We Judge the Morality of God?: A Response to Roger Olson

The debate between monergists and synergists has to be fought anew in each generation, for there is nothing more opposed to man's inherent exaltation of his own powers of will than the recognition of the sovereign freedom of grace. While we can, and do, benefit greatly from the efforts of those who have gone before us, the fact remains that each generation of believers is faced with the same question, and must come to grips with the ramifications of the answers given.

When Roger Olson announced he was releasing a book, part of a two-book counter-point effort along with Michael Horton, titled Against Calvinism, there was hope for something that might engage the real strength of Reformed theology—the clear and consistent exegesis of the biblical text that the "young, restless and Reformed" have found so compelling. But even before its release, Dr. Olson gave clear indication that its focus was not going to be exegetical. Instead, as the book substantiated, his argument can be summarized fairly easily: the God of Calvinism is a "moral monster," and Calvinists simply need to think through their beliefs far enough to see what Olson has been able to see.

There are two primary reasons why I believe Dr. Olson's approach will have little to no impact upon believing Calvinists like myself—people who were not born and raised in an explicitly Reformed tradition and hence do not hold their views out of a commitment to tradition. First is the lack of exegetical force behind Olson's presentation, and the second is Olson's self-professed foundation for making the "big decision" as to God's goodness and sovereignty. I will only briefly comment on the first, and focus upon the second.

There is no argument to be made against the assertion that the Reformed school of thought has produced a monumental amount of exegetical material. Its depth and breadth is, quite simply, astonishing. But Dr. Olson chose to focus solely upon a few modern representatives, and purposefully avoided others (myself amongst them) "on principle." This resulted in a profoundly skewed presentation that did not engage the exegetical responses to such key texts as 1 Timothy 2:4, a text Olson repeatedly used as a mainstay of his argument. Olson even went so far as to insist that the original language of the text "cannot be interpreted any other way than as referring to every person without limit" (a claim far too easily disproven, but for which Olson offered no evidence or authority). On this level, Olson's presentation left much to be desired.

But even more important was the fundamental conclusion one draws from his own words: it really would not matter even if these texts consistently testified to what Calvinists believe. Dr. Olson would not worship that God anyway, no matter what the Bible says about the subject. As he expressed it himself (p. 85, emphasis original):

One day, at the end of a class session on Calvinism's doctrine of God's sovereignty, a student asked me a question I had put off considering. He asked: "If it was revealed to you in a way you couldn't question or deny that the true God actually is as Calvinism says and rules as Calvinism affirms, would you still worship him?" I knew the only possible answer without a moment's thought, even though I knew it would shock many people. I said no, that I would not because I could not. Such a God would be a moral monster. Of course, I realize Calvinists do not think their view of God's sovereignty makes him a moral monster, but I can only conclude they have not thought it through to its logical conclusion or even taken sufficiently seriously the things they say about God and evil and innocent suffering in the world.

This paragraph stopped me dead in my tracks—and such has been the experience of most other Reformed readers. It is amazing that Dr. Olson believes he has plumbed the depths of Reformed theology to a much deeper level than did Calvin or Beza or Zanchius or Turretin or Owen or Edwards or Warfield or Hodge. But more striking was the boldness of Olson's stance. The student's question was clear, and Olson emphasizes his point. The question boils down to whether Olson, faced with the clear revelation that the Calvinists are right, and God exists, and acts (rules) as Calvinists say He does, would worship that "Calvinist God" or not. His answer is plain: He would not. Such "a God would be a moral monster." This is the heart of Olson's rejection of the Reformed position, and it is something he has affirmed in his dialogue with Michael Horton that took place in Southern California following the release of his book. The highest authority for Roger Olson in the matter of determining the nature of God is not the revelation of Scripture, it is his own understanding of what must constitute "goodness." 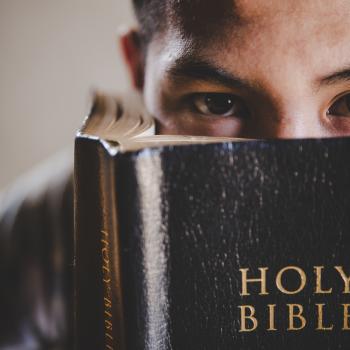 The Surprising, Spiritual Side of Margaret Mead
Kristin Du Mez
3 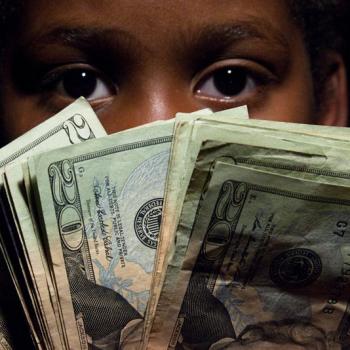 $300 per child, per month
Gene Veith
Get Patheos Newsletters
Get the latest from Patheos by signing up for our newsletters. Try our 3 most popular, or select from our huge collection of unique and thought-provoking newsletters.
From time to time you will also receive Special Offers from our partners that help us make this content free for you. You can opt out of these offers at any time.
see our full list of newsletters
Editor's picks See all columnists