Jonah is the Bible's "Saturday Night Live," its "Hee-Haw," its "MASH." In short, this is one funny book, but like the first and third of my analogies above, and probably unlike the second, it has a decided sting in its comedic tail. Jonah is plainly satire, and it has an ax to grind, a target to hit, a supposed giant to cut down to size. Part of the fun of the story is to identify the giant and to derive great pleasure from watching him shrink right before your eyes. But, be careful. The giant who shrinks may turn out to be someone you know very well.

The tale is grand and memorable. Jonah, whose name means "dove," is the son of a man named Amittai, "faithfulness." When God's word comes to this one, named in such a magisterial way, the reader can expect instant and positive response to the call of YHWH. "Get up and go to Nineveh, that enormous city, and preach against it, because their wickedness has come up into my face." YHWH feels the evil of Nineveh, capital city of the terrible Assyrian empire, the ruthless masters of the Middle East, as a personal assault and demands that the chosen prophet, Dove, Son of Faithfulness, go there quickly and preach the powerful word to warn them of YHWH's fury. But this Dove flies the coop in the wrong direction!

Well, that will show old YHWH what the divine call means to me, thinks Jonah. I will get away from YHWH as far as my little legs and this little ship will take me. But one hardly gets away from YHWH that easily, because after the ship heads out into the water, "YHWH hurls a great wind at the sea, such a vast storm that the ship imagined it was about to break apart." Meanwhile, "Jonah had gone down (there he goes again!) into the hold of the ship and had fallen fast asleep." Now he is really far away from YHWH, he imagines. The ship's captain comes and wakes him up, demanding that he "cry out to his God," thinking that crying to one's God might do some good. After all, all of the sailors on board, pagans one and all, are at this very moment crying out to their gods for rescue. One might have imagined that the prophet of YHWH would have thought of crying out to the one God for help—but not this prophet!

Jonah heads up on the heaving deck, the sea growing more and more tempestuous, and the sailors, seeing fresh meat for their search for answers to the storm, pepper Jonah with all sorts of questions about his occupation, his homeland, his kin, his blood-type (well, maybe not that). The prophet of YHWH (the word "prophet" means "mouthpiece"; the one thing this prophet has yet to do is speak!) finally opens his trap and announces, "I am a Hebrew, and I worship YHWH, the God of the skies who made the sea and the dry land." He says far more than their questions demanded, and his speech is decidedly peculiar. He claims that he worships the God who made the sea while he is running away from that same God on the sea that God supposedly made! It makes one wonder whether he really believes what he is saying or not. That idea will come up again in the story.

Whether or not Jonah believes his own words, the sailors do believe . . . immediately. They demand to know just why he is running away from the God that made the sea! Jonah, now realizing he cannot get away from this persistent deity on land or on sea, decides there is only one place left for him to escape. So he demands that the sailors throw him overboard, an act that will solve their problems. But they don't do it. Instead they try to save the wretch, delightful and wonderful pagans that they are. But, it is too late. With great reluctance, and after a prayer worthy of Jesus in the garden of Gethsemane, they toss him over the side and the sea immediately stops raging. And with that, the formerly pagan sailors become worshippers of YHWH, evidenced by their sacrifices from the deck of their ship and their heartfelt vows. In short, Jonah has converted them all—hardly what he had in mind as we will see.

But the prophet is now falling headlong into the darkest depths of the sea. But YHWH is hardly through with the little bum. A submarine, in the guise of a great fish, swallows him up and Jonah finds himself fish food—almost—for three days and three nights. From the fish he prays a prayer that some have found quite lovely, but which I find to be quite otherwise. It is nothing less than pious malarkey. He quotes from several psalms on the way to saying the following foolishness: "Those who keep vain idols abandon their steadfast love" (chesed, that Hebrew word often chosen to describe the love of YHWH). But the only keepers of idols in this story are those sailors, who far from abandoning their love are at this very moment showing it through great sacrifice and vows. "But I with a voice of thanksgiving will sacrifice to you; what I have vowed I will pay." Jonah never sacrifices in this story and he makes no vows; all he has done is run away! "Deliverance/salvation belongs to YHWH," he concludes. Indeed it does, as the story will make crystal clear, but at this point the only deliverance Jonah has in mind is his own. After a prayer like that, the big fish throws up! My sentiments are with the fish. 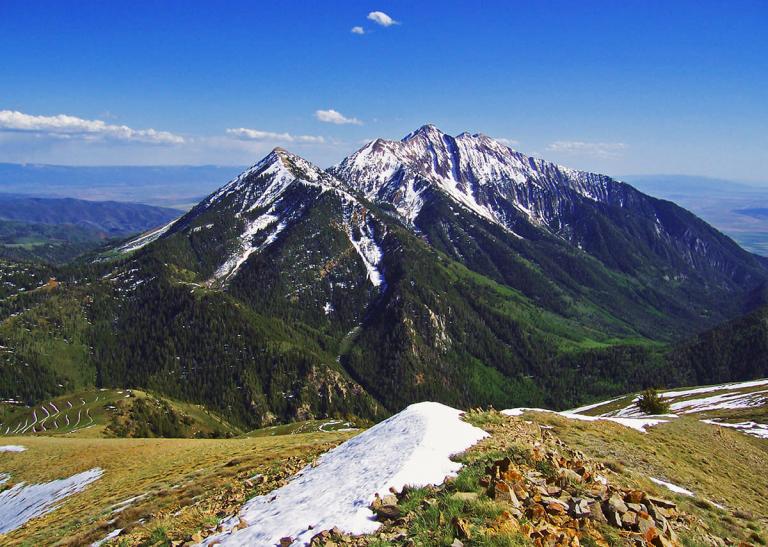 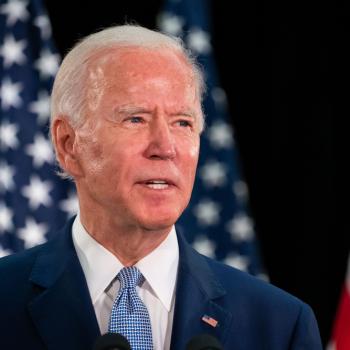 Asking Questions About Jesus Is A Good Thing
William Hemsworth
4

The Sex & Conversation Series, Part 1: One Simple Sentence That Will Delight...
Shaunti Feldhahn
Get Patheos Newsletters
Get the latest from Patheos by signing up for our newsletters. Try our 3 most popular, or select from our huge collection of unique and thought-provoking newsletters.
From time to time you will also receive Special Offers from our partners that help us make this content free for you. You can opt out of these offers at any time.
see our full list of newsletters
Editor's picks See all columnists