JCroichy -
This review is from: God Theories: Let's Talk (Paperback)
God Theories: Let's Talk is a very interesting book. It allows readers to step outside of their religious box and ask questions about what we've been thought since our youth. There are plenty of people who walk through life and just believe everything thing that is told to them, but the author definitely let readers view the various theories of our existence and develop our understanding of where we come from. Good read!

S. Bbo -
This review is from: God Theories: Let's Talk (Paperback)
Ken Ungerecht clearly and completely exhausts the debate between creationism and evolution while including well thought out reasons as to why both should be included in public schools curriculum. He makes it a point to include other theories on the subject, suggesting that if such a course should be introduced, that it include not just creationism, evolution and what he calls intellectual design, but also every other theory represented in the world. A wonderfully thought out and well written book. Great job!

Nicole80
This review is from: God Theories: Let's Talk (Paperback)
What Ungerecht does in this book- using mathematics and personal belief to prove his theories on God- is not only though-provoking but brave. Not everyday will someone share how they feel about a higher power and set out to prove why it is so with science. Although, not everyone will agree with him, he backs up his theories and creates a real dialogue with the reader. Using his background in science, Ungerecht opens up the readers mind and openly discusses evolution and God in a respectful, educated manner. This is a great read!

AmyU10 -
This review is from: God Theories: Let's Talk (Paperback)
As a firm believer myself of a higher power, I love to talk with others about their theories and thoughts on the existence of God. However, there are alot of people who are very private and would prefer not to bring up religion or politics. For this reason, I absolutely love that Ken Ungerecht decided to document his own thoughts and theories, backed with scientific evidence, and shared them with the world. You don't have to agree with everything someone says about a topic to gain a new and refreshing outlook on a controversial and unproven topic. This is a great read and absolutely enjoyed it!

thebeardenexperience -
This review is from: God Theories: Let's Talk (Paperback)
The Theory of Evolution and the presence of God have never been brought forth in such a manner as Ken Ungerecht has done in God Theories: Let's Talk. Ungerecht has put the science of mathematics to the test by applying mathematical theory to the theory of evolution. He has developed a mathematical proof that will shed some light on many of the frequently asked questions on this subject. Readers will have a new perspective on and fresh look at evolution that is certain to stimulate thought.

It's not an exaggeration to say that, in the ongoing popular debate between religion and science, most people know very little about either. To be sure, a little education can go a long way, and God Theories, by Ken Ungerecht, an electrical engineer and former high school teacher, offers a succinct and readable primer for the spiritual seeker looking for a basic understanding of some major principles of science. Faith and reason are not opposed to one another, the author argues, but two disciplines necessary for a better understanding of nature. "I wrote this book to bring about a greater degree of reason in our attempt to understand our inherent spiritual nature."

His purpose is honorable, and concise chapters on such topics as matter, energy, the laws of thermodynamics, and consciousness, as well as brief overviews of such hot-button topics as creationism, evolution and intelligent design, are presented in a clear and readable fashion. The summaries here are bare bones, but what the book lacks in depth is made up for by Ungerecht's breezy prose.

Ungerecht is a natural teacher and his good nature and sense of humor shine throughout the book. God Theories, however, could have benefitted from more rigorous copyediting. And though it is only meant as an introduction to scientific ideas, the book would have been better served with more detailed explanations of evolution and intelligent design.

Moreover, the last two chapters of the book on the First Amendment and whether or not God should be taught in public schools seem to take the book off course.

Still, even with these flaws, the book is a fast read and helps to illuminate faith through a scientific perspective. It could easily be used for primary discussions in church groups and Sunday schools programs. 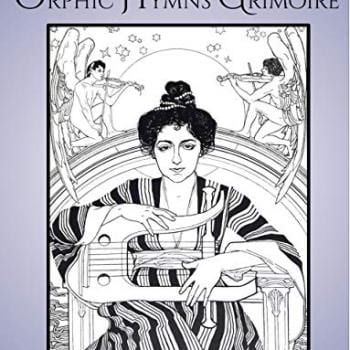 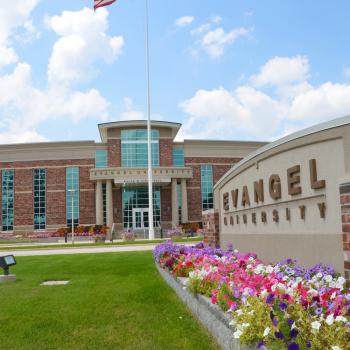 The Hatred that Calls Itself Love: On Homophobia and Misogyny in the Church
Melinda Robinson
Get Patheos Newsletters
Get the latest from Patheos by signing up for our newsletters. Try our 3 most popular, or select from our huge collection of unique and thought-provoking newsletters.
From time to time you will also receive Special Offers from our partners that help us make this content free for you. You can opt out of these offers at any time.
see our full list of newsletters
Editor's picks See all columnists