The Romantic Reality of Ordinary Life

January 31, 2012 by Joseph Susanka
"Like" the Patheos Catholic Page on Facebook to receive today's best commentary on Catholic issues.

"The last time we tried a ranch was during our rustlin' days.
And even then we weren't much good at it. It's hard.
Hours are brutal. No, you gotta be a kid to start a ranch."
Butch Cassidy 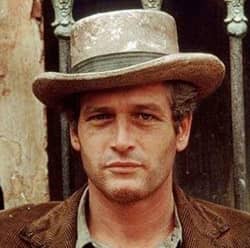 It's astonishing how many films are willing to tip their hands, as long as one is willing to listen.

Take the classic 1969 Western film Butch Cassidy and the Sundance Kid, for example. A highly mythologized retelling of the exploits of the two notorious bandits from which it gets its name, the film's central message is revealed in the first few lines of dialogue. Wandering aimlessly through the local bank (or so he wishes his observers to believe), Butch Cassidy (Paul Newman) asks the security guard: "What happened to the old bank? It was beautiful." When the guard replies, "People kept robbing it," Butch reveals the principle that guides him throughout much of the film: "Small price to pay for beauty."

It is not Cassidy's pursuit of beauty that drives the film, however; it is his desire for the beautifully idealized romanticism of the Old West and the pride-of-place he and his fellow lawbreakers once held there. From the film's wonderfully-shot opening onwards, Butch is in pursuit of the life he once had—a life he feels slipping through his fingers despite his best efforts to preserve it. No sooner do he and his trusty companion, the Sundance Kid (Robert Redford), return to their hideout at Hole-in-the-Wall, Wyoming than he is confronted by a rebellion from the Wild Bunch Gang—a group that once followed him with unquestioning allegiance. The promise of a series of highly lucrative train robberies quickly restores his supremacy, but when the implementation of these robberies proves unsuccessful, the two find themselves pursued relentlessly across the rugged landscape by a faceless posse of the area's most revered lawmen and trackers.

After a nearly miraculous escape, Cassidy and the Kid flee to Bolivia in search of a more peaceful setting for their bank-breaking ways. Yet while their earliest South American attempts meet with considerable success, the country's lawmen grow resistant to the Americans' careless brand of thievery. Even their half-hearted efforts to "go straight" end in violence, and the two eventually find themselves surrounded by the Bolivian army, ruefully recalling their friend's earlier prophecy that "Your times is over and you're gonna die bloody, and all you can do is choose where."

On the surface, Butch Cassidy and the Sundance Kid tells of a battle between two charismatic ne'er-do-wells and a society that has rejected their particular brand of economic advancement. And in the years since its release, much has been made of its attempts to follow in the footsteps of its genre's greatest storytellers, chronicling the societal and moral changes occurring in the Old West at that time. But its most insightful moments are not those that deal with the shifting landscape of an entire era; they are the ones that catalogue a man's stubborn refusal to recognize the reality of his own condition.

From the film's opening moments, Butch's penchant for starry-eyed day-dreaming is abundantly clear, as is the profound danger that accompanies it. His repeated exhortations to embrace heroic opportunities—delivered with increasing vehemence to the more-grounded Sundance—make him simultaneously appealing and profoundly frustrating. Cassidy is an outlaw not because he enjoys his lawlessness (or even its fruits) but because he is a "hopeless romantic." He loves the rugged beauty and romanticism of the dime-novel West and he wants to be a hero. But he doesn't want it to be hard.

Butch craves the sort of hero worship he has seen visited upon others before him, ignoring the fact that true heroism demands far more from those who seek it than appearances. In many ways, it is the people he is robbing that are the true heroes; their responses to his unlawful actions manifesting their selflessness and excellence rather than reinforcing his own. But they are small heroes, and is not interested in "virtue as its own reward;" he wants to be recognized and revered far and wide.

The film's most valiant figure—the hapless railroad employee tasked with guarding the safe during two separate Wild Bunch robberies—refuses to comply with Cassidy's demands for the simple reason than that he is "in the employ of Mr. E. H. Harriman of the Union Pacific Railroad," and has given his word to defend the firm's assets with his life. Such strict (and unexciting) adherence to a moral code beyond oneself is incomprehensible to Cassidy, and while he succeeds in tricking the poor conductor into relinquishing the funds, the ruse he employs leaves him looking mean in comparison to his victim—a man whom he would never stoop so low as to imitate, yet one who could teach his captor more in a few moments than Butch Cassidy will learn in a lifetime of learning.