The Contraception Battle: Is This the Culture Warriors' Waterloo?

I've argued for some time that today's right wing is a pathologically 'masculine' reaction to the increased visibility and influence of feminine values beginning in the '60s. Cultural feminism arose out of liberal feminism. Women in religions across America began seeking to become ministers, rabbis, and similar roles. Most importantly I think, NeoPaganism emphasized the central role of the Goddess and the Divine Feminine as well as serving as a kind of spiritual leaven encouraging people in other faiths to consider the feminine side of Spirit in their traditions.

The American right wing's obsession with women and with their male opponents as insufficiently masculine, their putting down women except those lacking any noticeable feminine values, such as Coulter and Palin, as well as their pathetic worship of movie actors and performers playing pretend macho roles as role models all points to their pathology. This pathology seems to be a dominant characteristic of those who worship domination and the politics of a baboon troop. While mostly on the political right, we also saw it in Stalin's Russia. Its deepest foundation is domination.

There is a difference between the pathological masculinity of the political right, from the fascists in post WWI Europe to the American right of today, and the one-sided dominance of masculine values that characterized America before the '60s and lingers into the present (and that characterizes so many other societies). The difference is that one-sidedly masculine societies respect the feminine so long as it stays subordinate to them. The Victorian fantasy that the wife kept the house as a little oasis of civilization while her husband went out into the battle of life is an example. Her role was essential, but purely supportive. Pathological masculinity attacks the feminine and glories in their supposed superiority to it.

Now, enjoying just enough political power to think they can have it all, these "culture warriors" can no longer keep their deep animus toward feminine values hidden. They learned nothing from their Planned Parenthood and Komen debacle. Now their attacks on contraception combined with Rush Limbaugh's ignorant, vicious, and misogynistic assaults on any woman who disagrees with him have taken them a bridge too far. Their attack on contraception that has shown them to be liars when bleating about religion, and now the fat jerk is hemorrhaging sponsors. The authoritarian soul of the American right wing has been shown for what it is beneath all the fine words about "small government," "patriotism," "values," and the constitution.

They are attacking contraception because nothing else has so radically changed relations between the sexes in our society, ever. Wednesday's NYT has a revealing column on the economic impact of the pill. In it Annie Lowrey reports a number of studies showing the effect of the pill: "by allowing women to delay marriage and childbearing, the pill has also helped them invest in their skills and education, join the work force in greater numbers, move into higher-status and better-paying professions and make more money over all." In addition, it radically changed how people get married. "By decoupling sex from marriage, young people were able to put off getting married and spend more time shopping around for a prospective partner."

In short, the pill empowered women by giving them pretty reliable control over their biology. The result was discomfiting for those who praise domination, especially those who themselves are not at the top of the baboon troop, and so desperately need underlings to dominate. Traditionally women have served that function for the mid- and low-level tyrants.

No wonder they hate contraception and ignore its role in treating women's physical health since that acknowledgement interferes with their hatred of its role in empowering them. But in giving in to their hatreds and fears, they are alarming more normal human beings and some are beginning to hit back.

As for Limbaugh, I think future historians will identify this as his "McCarthy Moment." Senator Joe McCarthy was a nationally admired (by the right wing of the time ) bully, destroying careers and flailing wildly at anyone who disagreed with him. Then the Army-McCarthy hearingstook him a step too far. McCarthy attacked the U.S. military as communist infiltrated to a dangerous degree. Even some of his supporters could see the viciousness, the bullying, and the factual emptiness behind his attacks. McCarthy's reign of nastiness was over. Now it seems to be Limbaugh's turn.

It will be very fitting if the nihilists on the right meet their Waterloo by mindlessly attacking women. If they do we can feel good, at least most of us can, as being a vital part of one of the most transformative dimensions of the great cultural renewal the '60s initiated: the revival and growth of feminine values and eventually power in a society desperately needing this change. 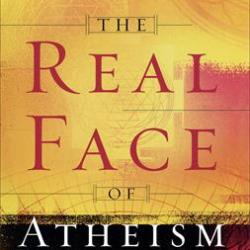 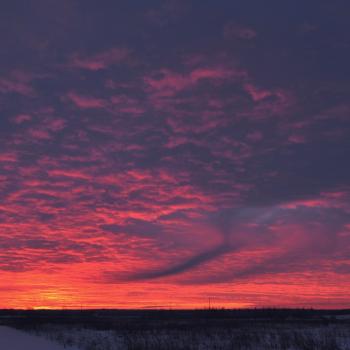 No One Can Hold Back the Dawn, Not Even on this Winter Solstice
Irisanya Moon
Get Patheos Newsletters
Get the latest from Patheos by signing up for our newsletters. Try our 3 most popular, or select from our huge collection of unique and thought-provoking newsletters.
From time to time you will also receive Special Offers from our partners that help us make this content free for you. You can opt out of these offers at any time.
see our full list of newsletters
Editor's picks See all columnists