The Fate of Pastor Youcef Nadarkhani -- and of Iran

The death sentence for Christian Pastor Youcef Nadarkhani, who has been convicted of apostasy from Islam and ordered to recant, was reportedly reaffirmed by an Iranian court in late February. The court's affirmation means that the pastor can be executed at any time. Western advocacy groups like the American Center for Law and Justice (ACLJ) are pressuring their governments to appeal to the authorities in Iran, and the U.S. State Department on February 23 issued a statement calling for Nadarkhani's release.

Members of the ACLJ leadership wrote a piece that appeared in the Washington Post's "On Faith" section on February 28, pointing out that Pastor Nadarkhani's plight has brought together people of many faiths—and indeed, of no faith—in support of religious liberty. This is undoubtedly true, and the endorsement of religious freedom is encouraging to see.

But will the Iranian authorities respond to the international appeal? I think that is harder to discern than we might imagine. The fact that Christians are subjected to imprisonment and intimidation at all leads us to expect that Iran's system will not cavil at executing a sentence of death. It has done so before, if not often. Perhaps it won't recoil from the act—but the decision is ultimately up to humans with consciences and compunction. The Iranian authorities have delayed action on Nadarkhani for years now, hoping he will relieve them of a summary decision. I believe they don't want to have to make it.

This came to me as strongly as anything ever has last week, as I was thinking and praying about Nadarkhani's situation. We all want him to be released, freed to be a Christian teacher in Iran, or indeed, wherever he may be led to go. But if that were all that mattered, God could simply open his cell and walk him out. There is more at work here.

The overall situation portends, in a sense, a crossing of the Rubicon by the Iranian leadership. Whatever happens will happen in full view of the world—and the living God. As important as I think Iran's domestic unrest is, and as much of a threat as its nuclear weapons program might be, I suspect the most significant thing going on in the country right now is the internal debate in the consciences of a very few men over what to do about Youcef Nadarkhani.

What sort of nation will Iran be? If the clerical regime kills Nadarkhani, it will have to keep on killing, very possibly with the brake of compunction fully released. If it whisks him out of the public eye without explanation, it will have affirmed a precedent that can only metastasize and become a cancer on the life of the nation, as demonstrated with the Soviet Union and Communist China in the last century. And if it releases the pastor, it will have to do so in spite of its own laws, opening up the possibility of an unplanned and unpredictable future.

Decisions like this one are always about the individual conscience. If nothing more were at issue than a revolutionary ideology claiming to base itself on Islam, the Iranians would have executed Nadarkhani nearly three years ago. But they want him to recant, and they have delayed their actions and given him time to recant because they don't want to have to kill him.

I hope Christians will recognize what is probably going on in the hearts of the Iranians who have to make the decisions about Pastor Nadarkhani. An abstraction like religious liberty isn't nearly as real for them as the sense in their spirits that they may be condemning themselves with their choice—whichever way it goes. I would not want to be in their shoes, especially without the certainty of a God who truly is as boundlessly merciful as He is just.

The idea that the fate of Youcef Nadarkhani will be a marker of Iran's future is rarely expressed in Christian writings on his situation, but I believe it is a powerful reality. Nations that have killed their citizens unrepentantly over matters of faith have invariably courted chaos, terror, and internal weakness. This is historically true however we choose to account for it. It would take a kind of open-ended courage for Iranian decision-makers to let Nadarkhani live, on his terms, but any other decision will invite calamity for their people and themselves.

As I pray for Youcef Nadarkhani and his family, I also pray for the Iranian authorities and the Iranian people. The consequences of failing this test could be terrible, and the Iranian people would be the first to bear them. We tend to forget that the most powerful rulers are still human beings, with consciences that squirm in anguish and flee in fear before these momentous choices. The burden of spiritual condemnation is an awful thing; Pastor Nadarkhani knows a peace and safety from judgment that his would-be executioners do not. Whatever may happen between now and when this column posts—Youcef Nadarkhani could be executed at any time—I am praying for the Iranian authorities to favor mercy over judgment, in spite of their fear and uncertainty, and thereby to find relief for their spirits. 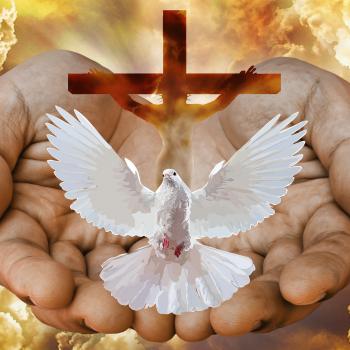 Take Your Love to the Altar
Paul Louis Metzger
4 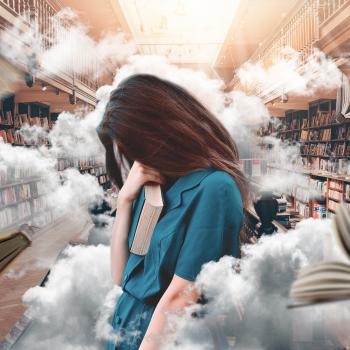 Irish-American Witchcraft: Top 5 Favourite Fairy Fiction Series
Morgan Daimler
Get Patheos Newsletters
Get the latest from Patheos by signing up for our newsletters. Try our 3 most popular, or select from our huge collection of unique and thought-provoking newsletters.
From time to time you will also receive Special Offers from our partners that help us make this content free for you. You can opt out of these offers at any time.
see our full list of newsletters
Editor's picks See all columnists