How We've Been Hijacked

This is the state of things: back in January, when South Carolina had their opportunity to weigh in on the crop of candidates vying for the Republican presidential nomination, all the media could talk about was the evangelical vote. Without an evangelical candidate to throw their support behind, who would get their endorsement? This was before Santorum became the evangelical stand-in, and Romney never had a chance with them, so their favor went to Newt Gingrich.

By January, Gingrich's "open marriage" scandal was out in the open. That he'd left two wives for new wives was widely known. These are things that evangelicals, at least the ones I grew up around, typically frown on. This is the stuff of movies I wasn't allowed to watch as a kid. And this was the man that evangelical Christians supported.

Because he appears more politically conservative than, say, Mitt Romney, who, by the way, has one wife and a brood of sons. Sure, Romney is a Mormon, which seems weird to evangelicals mostly because they don't know anything about Mormonism; but in the end it wasn't his different faith that cost him South Carolina, it was the perceived threat that since he was moderate once, he could be again. So, Newt Gingrich won in South Carolina.

But Gingrich doesn't matter much anymore. He took Georgia, another evangelical stronghold, but as it became clear that he's not actually a viable candidate, evangelical support shifted—not to Romney, of course, but to Rick Santorum, a Catholic.

When I was growing up, despite the fact that every member of my extended family was Roman Catholic, I had a deep-seated suspicion of Catholicism. Well, as deep-seated as a 13-year-old can get. From the pulpit each Sunday, and in the conspiracy-theory-laced Christian adventure books I read, I became fairly confident the anti-Christ would rise from the ranks of Catholicism. Sorry Nana and Papa, your religion will bring on Armageddon.

It wasn't until high school, specifically Catholic high school, that my views on Catholicism changed by way of learning about Catholic social teaching, and coming to understand the rich, and riddled, history of the Church. But, not a lot of evangelicals go to Catholic school, and, as a result, these deeply held if not somewhat hushed biases against Catholicism still exist.

Except in primary season.

Rick Santorum, even more so than Newt Gingrich, speaks in the evangelical tongue, and thus, despite his Catholicism, he's become their go-to guy. Yet another example of political motivations trumping religious ones.

In some ways, no one could have predicted that this is where we'd be in 2012. I'm still getting over the shock that there's not a single evangelical candidate left in the contest (why'd you have to be so inarticulate, Rick Perry?). And yet, despite the unpredictable elements of our current state of affairs, close cultural observers might have seen some of this coming. In fact, as it turns out, a couple did.

Mike Slaughter and Charles E. Gutenson's new book Hijacked hadn't been released yet while South Carolina voters were throwing their weight behind Newt Gingrich. It just came out last month, as Santorum surged (kind of) and Gingrich drooped. And yet, it bears a prophetic voice. These two pastors watched as churches tore at their seams because of partisan politics over the last few decades. It started innocently enough, they say, with "legitimate concerns over the ministry of the church in the world," but devolved into an elevation of political interests over spiritual ones.

Their perspective, coming as it does from the other side of the pulpit, is unique and informative, though also unfortunately recognizable to those of us in the congregation. But they don't just leave us with a list of problems; their book concludes with a set of prescriptions that basically boil down to "Escaping the Ideological Bubble," as one of their chapter titles has it.

This is a simple lesson, one that we try to teach to children on the playground—how do you think that made her feel? Walk a mile in someone else's shoes, etc. But Slaughter and Gutenson are right to prescribe it to a church that has been acting childish.

There's nothing wrong with picking a side and voting for a particular candidate. Problems arise, however, when political motivations become more important than spiritual ones. Less so in the case of evangelical support for Rick Santorum, but certainly in the case of Newt Gingrich, Christians let political concerns such as worry about the size of government and perceived threats to religious liberty trump the kinds of moral concerns that are at the heart of our faith. The answer, however, is not to let the pendulum swing back and once again become entrenched in the culture wars of the 1980s, but, as the authors of Hijacked suggest, to step outside the bubble and consider a multitude of viewpoints, recognizing that the borders of our politics may not align neatly with the political party lines. 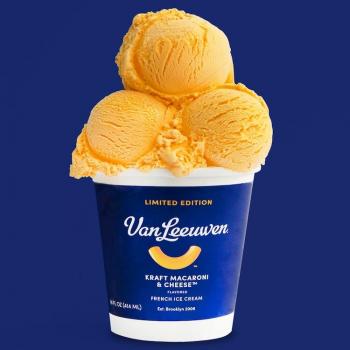 Exposed: the evangelist who was assaulted on a university campus
Barry Duke
3

Is Opposing Wokeness a Distraction from the Gospel? Handling 5 Objections to...
Owen Strachan
4

If You Don’t Build It, Will They Come Anyway? From an Iowa Cornfield to the...
James McGrath