The Role of the Divine in Social Change: Where Is G-d in Tikkun Olam?

Why is it that, at a typical American Jewish social justice event, no one invokes one of G-d's names? When our movement openly accepts the role of the Divine in social change and in moral development, we embrace the most powerful part of our tradition.

1) The mitzvah of Halakhta Bid'rakhav. The Torah tells us that G-d is merciful, and commands us to emulate G-d's ways. The Talmud makes this connection explicit (Sotah 14a). The rabbis explain that G-d is ultimately not a vengeful power-hungry dictator but rather a merciful moral healer and this is the path we must follow. We must attend carefully to the means of social change (our character) in addition to the ends (assisting the vulnerable in society). Further, it means that being like G-d requires action. Our ultimate role model is no less than the Creator of heaven and earth. The bar is set high.

2) The value of Tzelem Elokim. The Talmud teaches that to save one life is to save a world (Sanhedrin 4:5). This is an essential Jewish message: Humanity is created in G-d's image, and is therefore sacred. Rabbi Abraham Isaac Kook goes so far as to argue that there is no such thing as an atheist, since G-d is in each one of us, and our souls long for their eternal source (ikvei hatzon, edar ha'yakar). We need not go this far but when we embrace the understanding that each human is created in the image of G-d we have the strongest model for ensuring the absolute unshakeable human dignity of all people.

3) The virtue of Humility. We must remember that the position of god has already been filled. The realization that in no way can we play the role of G-d should inspire humility in us. All too often, there can be arrogance in change-makers who see themselves as the heroes rather than as humble servants. The greatest Jewish leader, Moshe, was described as "exceedingly humble, more than any person on the face of the earth!" (Num. 12:3).

4) A perspective of History. The Torah says "mibeit avadim" (from the house of slaves) describing when G-d took the Israelites out of the land of Egypt (Ex. 13:3) in order to show that G-d enters history in order to abolish slavery. G-d is the master liberator of the oppressed. Over time, G-d empowers humanity more and more with this role but still enters the global stage at crucial historical turning points.

5) A notion of Obligation. The responsibility to practice social justice is not optional or reserved for a ceremonial mitzvah day. When we embrace the notion that we are divinely commanded to heal the world each and every day, we raise the bar. Religion serves to remind us that at the end of our lives, we are ultimately held accountable for whether or not we fulfilled and exceeded our obligations. G-d cares whether or not we have lived up to our end of the partnership. Even further, embracing our obligations and commitments grants us dignity. Heschel explains that our dignity is not only a result of our rights but of our Divine obligations. "Our commitment is to God, and our roots are in the prophetic events of Israel. The dignity of a person stands in proportion to his/her obligations as well as to his/her rights. The dignity of being a Jew is in the sense of commitment, and the meaning of Jewish history revolves around the faithfulness of Israel to the covenant" (G-d in Search of Man, 216).

6) Walking Together with the Divine. When we are struggling for justice as part of our relationship with G-d, we do not walk alone. When we look at evil in the face to combat it with love, G-d stands with us. "As I walk through the valley overshadowed by death, I fear no evil for You are with me" (Ps. 23). Embracing religion is not comfortable conformity, but rising to a challenge. Embracing G-d is not believing blindly, but empowering oneself.

G-d is everywhere. The Me'Or Einayim (Rav Menahem Nahum of Chernobyl) explained that Avraham didn't depart from G-d when he left the Divine presence to greet the three wanderers. Rather G-d is present in the ethical encounter as well because "The whole earth is filled with G-d's glory!" (Is. 6:3). When we realize that the Divine is present in all places and moments, we can only feel compelled to embrace the holiness of each moment and the concomitant ethical demands.

7) A vision of the Ideal. The notion of progress is rooted in the messianic vision: We hold paradigms of the perfect, like the heavenly realm, and we progress toward those ideal models by bringing them down to earth. There is a Temple located in the heavens that sits directly above the Temple on earth (Genesis Rabbah 69:7). The same G-d who makes the heavens radiate also illuminates our earthly existence. 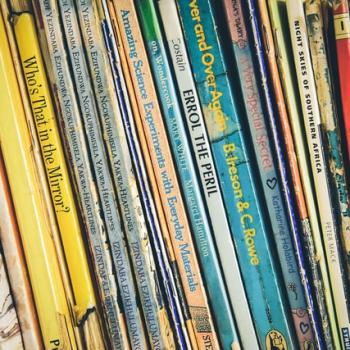 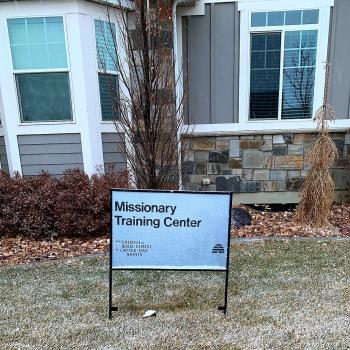 Gaining the World, Losing One’s Humanity (Part 3)
Herb Montgomery
Get Patheos Newsletters
Get the latest from Patheos by signing up for our newsletters. Try our 3 most popular, or select from our huge collection of unique and thought-provoking newsletters.
From time to time you will also receive Special Offers from our partners that help us make this content free for you. You can opt out of these offers at any time.
see our full list of newsletters
Editor's picks See all columnists