The "nones" are the most rapidly growing demographic group in the country, and the atheist community is growing faster than many major faiths. But, at least in the United States, it's nearly impossible to be elected to political office as a self-identified atheist. At what point will this change? When will we see an atheist President, and what will it take to make that happen? When will politicians start seeking favor with the atheist community in the same way they do, for example, with evangelicals? Will atheists ever take a unified stance on particular political issues (if so, which issues)? Or will atheists remain a diverse group with diverse political interests? What's the equivalent of atheists aligning their religious beliefs with their political agenda, as many Christians do? 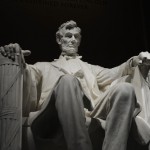 When Will We Have an Atheist President?
So far this year, a rightward-leaning Supreme Court has...

Atheism and American Politics: Gaining Traction?
Editors’ Note: This article is part of the Public Square...

In the Religion Popularity Contest, Atheists are in a...
According to a new survey published by the Pew Research...
Patheos Archives