The election of Narendra Modi as the new Indian Prime Minister is both significant and not-so-significant for American Hindus. This is because they do not comprise a monolithic group whose members all think alike. For those who are first generation of Indian ethnic descent, any large-scale event in India will likely gain their attention, and the election of a new prime minister is such an event. Also, Modi is not just a new prime minister; he is the first one comfortable with openly expressing his commitment to the Hindu tradition after what many Hindus see as decades of political rule in India that seemed to be increasingly anti-Hindu whenever dealing with religious issues. His election, then, is significant for Hindus and other Indians all over the world. In the lead-up to the election, the tenor of excitement and hope for Modi's election was most obvious in these Indian-born Hindu Americans, since many still have close ties with the country and family members there. After the election, many celebrated the event in temples and in home gatherings.

However, Indian-born Hindu Americans are shrinking as a percentage of Hindus in the U.S. There is an increasing number who are of Indian descent but were born in other Hindu Diaspora lands such as in the Caribbean, Fiji, South Africa, England, etc. Another growing number of Americans are second and third generation Hindus of Indian descent. For these latter two groups, Indian politics generally have relatively little actual significance to them. In addition, the number of American Hindus who have no ethnic connection with India is also increasing. For most of them, Indian political developments are essentially irrelevant. Thus, there is a significant number of Americans who identify as Hindu but for whom Modi's election has had little effect. One also cannot ignore the fact that there are other Indian Americans, both Hindu and non-Hindu, who negatively associate Modi and his political party (the BJP) with just about everything bad that has happened in India during the last several decades. For them, his election is a source of frustration and even anger.

Consequently, the actual election of Modi was welcomed with a range of responses, from excitement to anger to indifference. That said, many American Hindus are now hoping that he will undertake actions and policies in India and internationally that will reflect positive Hindu values and beliefs and make citizens feel proud to be Hindu. Many have heard of his economic successes in Gujarat, and they hope he will replicate that throughout the country. They know well about the political corruption that has been an integral part of Indian governmental bureaucracy, and Hindus everywhere pray that Modi will fulfill his promise to end it. They hope that he will be able to spread the Indian traditions of tolerance and non-violence within the country as well as internationally. Additionally, they hope that President Obama will let go of his distrust of Modi so that the two countries can become allies in working to make the world more democratic and peaceful.

At the same time, most Hindus here and in India realize that although he is a Hindu, Modi is also a politician, immersed in an ongoing national and international political drama in which his Hinduness may not play a significant role. While he may have great intentions, he has taken over a country with many ingrained bureaucratic problems, and one can only wait to see how successful he can be. Because of this, most American Hindus likely have high hopes for him but at the same time are not holding their breath. 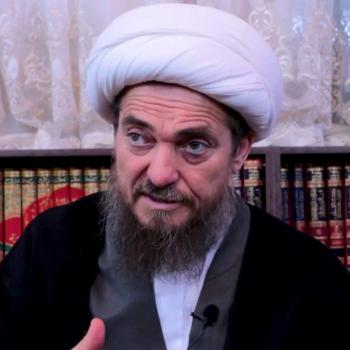 Islamic Cleric: People Who Got the COVID Vaccine "Have Become Homosexuals"
Hemant Mehta
2 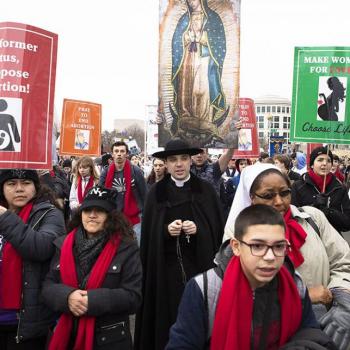 Evolution Denialism: Survival of the Fittest as a Tautology
Jonathan MS Pearce
4

Living Lent as a Lifestyle
Billy Kangas
Get Patheos Newsletters
Get the latest from Patheos by signing up for our newsletters. Try our 3 most popular, or select from our huge collection of unique and thought-provoking newsletters.
From time to time you will also receive Special Offers from our partners that help us make this content free for you. You can opt out of these offers at any time.
see our full list of newsletters
Editor's picks See all columnists