Narendra Modi is rare among the political leaders in the world today in that he has a strong background not only in religion but also in spiritual practices. As a youth he spent several years as a sadhu or wandering yogi, associated with the Ramakrishna order. Modi has since continued a hard-working and austere lifestyle that includes yoga and meditation, a strict vegetarian diet, avoiding the use of alcohol, and performing temple rituals. Modi has been associated with many of the great gurus of modern India, several of whom he regularly visits. He is also a published poet.

As Modi took power in May 2014, he began by inviting all the main leaders from nearby countries—even Nawaz Sharif of Pakistan—to attend his swearing in. He has reached out to the leaders of China, Russia, Brazil, Germany, as well as the United States and UK. After his election, Modi went to the famous Hindu pilgrim city of Varanasi (Benaras) to offer his respect and prayers to the great yogis and gurus of India for his victory, and to Lord Shiva, the patron deity of the city regarded as the Lord of Yoga in Hindu thought.

For American Hindus, who overall seem very happy with Modi's election, Modi shows a strong positive leadership with a proud Hindu background; he incorporates innovative ideas, skills in management, the ability to work with modern technology and the mass media, as well as respect for the ancient traditions of India. Modi demonstrates, much like Hindus in the West today who are affluent and well educated, that Hindu practices and values can make people successful in the modern world. Hindus do not constitute law-and-order problems in the western countries where they are minorities, nor do they occupy welfare rolls in any significant manner.

India was partitioned in 1947, with Pakistan opting to become an Islamic state and India a secular state. This occurred also because Hinduism as a religion has a history of tolerance and pluralism. Since 1947, the Muslim population in India has increased and Muslims have occupied major political positions up to the presidency of the country. Yet Hindus in Pakistan have been progressively reduced in numbers and have little political representation. Strangely, the U.S. has usually supported Pakistan over India even when Pakistan has been under military dictatorships.

There is some apprehension that Modi, a staunch Hindu, is cause for concern for minorities in India, particularly because a significant Hindu-Muslim riot occurred at the beginning of his rule as chief minister of Gujarat in 2002. While Modi was accused of complicity in the riots, an assertion that became the basis of the U.S. government's decision to deny him a visa in 2005, all these allegations have been dismissed by the courts as having no evidence to support them.

As part of the recent election campaign, some Indian political parties tried to stoke Muslim fears about Modi by promoting these allegations in order to create an anti-Modi vote bank in their favor. Modi was particularly targeted by Marxists in India, who remain strong in academic and journalistic circles and who strongly oppose his economic policies. Seldom has any politician been subject to such investigation, calumny, and blame, without anything ever being proved.

As an American Hindu, I hope that the same questions of protecting minorities are also asked of countries and their leaders where Hindus are a minority. India has probably the greatest religious diversity of any country with Hindus, Sikhs, Jains, Buddhist, Muslims, and Christians of various denominations—though 80 percent of the population remains Hindu after centuries of foreign rule and extensive missionary conversion efforts.

Modi is likely to have a closer relationship with American Hindus and with Indo-Americans than previous Indian governments and to help develop trade with the U.S. He is one of the most popular world leaders in the social media today and encourages communication with everyone. His goal is to raise India economically and educationally to become one of the most powerful and enlightened countries in the modern world. He has not excluded minorities from these benefits.

Let us support Narendra Modi in his endeavors and not look at him through the narrow lenses of older politics in America, which were often unfairly anti-India and anti-Hindu. Will India, like China, rise up to become a major power in the world under Modi, but of a more democratic nature? Will India's new economic awakening also be able to honor its Yogic heritage? Modi may surprise us in a positive way on both counts.

Given the recent favorable overtures of the American government to Narendra Modi—extending to President Obama, Secretary of State John Kerry, and former president Bill Clinton—it is clear that American views, both about Modi and India, are changing in a radical manner. 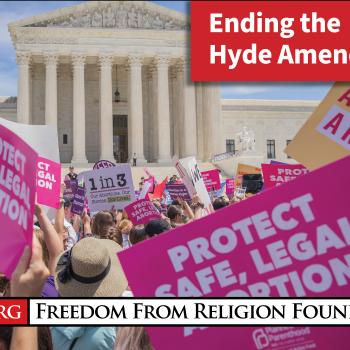 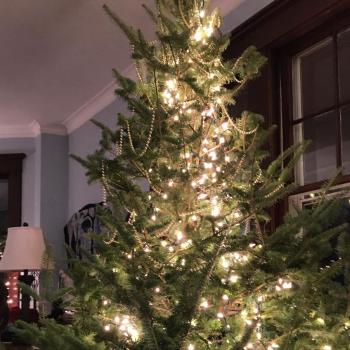 When In Doubt Repent Podcast And Links
Anne Kennedy
4 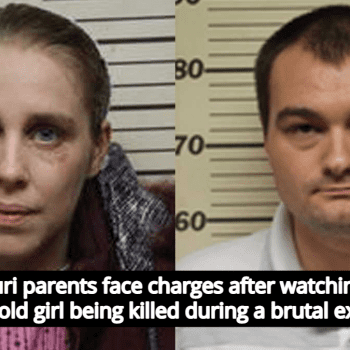 Report: Missouri Parents Watched As Their 4-Year-Old Was Killed During...
Michael Stone
Get Patheos Newsletters
Get the latest from Patheos by signing up for our newsletters. Try our 3 most popular, or select from our huge collection of unique and thought-provoking newsletters.
From time to time you will also receive Special Offers from our partners that help us make this content free for you. You can opt out of these offers at any time.
see our full list of newsletters
Editor's picks See all columnists