"Jews of No Religion": The End of American Jewish Identity?

A groundbreaking survey by the Pew Research Center, released in October 2013, explored in remarkable depth the question of what "being Jewish" means in America today. Among its many findings, "A Portrait of Jewish Americans" disclosed that American Jews overwhelmingly say they have a strong sense of belonging to the Jewish people, but more than one-in-five now describe themselves as having no religion.

This revelation is all the more striking when viewed in a generational context. The survey found that 93 percent of Jews in the aging Greatest Generation identify as Jewish on the basis of religion (called "Jews by religion" in the report), compared with only 7 percent who describe themselves as having no religion ("Jews of no religion"). In stark contrast, among Jewish Millennials (those born after 1980), 68 percent identify as Jews by religion, while 32 percent describe themselves as having no religion, identifying as Jewish on the basis of ancestry, ethnicity, or culture. Moreover, this latter cohort is far less likely to marry other Jews, raise their children Jewish, or feel connected to the Jewish community.

What might this mean for the future of Jewish life in America? The survey immediately generated rafts of commentaries from every quarter, liberally sprinkled with hand-wringing and doom-saying. More than a few alarmed rabbis sounded a call to action. Jane Eisner, editor of the liberal Forward newspaper, called the survey results "devastating." Slate magazine columnist Jessica Grose, a Millenial, worried that American Jews are abandoning religion so broadly. Nonetheless, she said, "I can't see myself bringing my daughter to temple every Friday to honor a God I don't believe in. What's the solution?"

That's a question I, and a number of my friends, pondered thirty years ago. Although I had been raised in a large Reform Jewish congregation in New York, had attended Sunday and Hebrew School, and had been bar mitzvah, by the time I was a young adult, I was a "Jew of no religion." "Being Jewish" was an integral part of my identity—my Jewish parents had both grown up facing Nazi terror in Germany—but I was drawn to neither religious practice nor belief in a supernatural being. I married a non-Jewish woman who shared my disinterest in religion, but who appreciated and valued my Jewish identity. When we had kids, we wanted to pass that Jewish consciousness on to them, but in a way that worked for us. As it turned out, we weren't alone.

Living in Boston and hailing from families whose range of religious observance and non-observance was wide, a group of us "boomers" knew that the available options of Jewish denominational practice didn't fit. Politically progressive and non-religious—several with non-Jewish partners—we were intent on raising our children in an inclusive community that would impart a Jewish identity grounded in history, culture, and ethical values rather than a particular dogma. We started a small Sunday School, with one class of about ten students, launching what is today's Boston Workmen's Circle Center for Jewish Culture and Social Justice (BWC).

Thirty years later, BWC has become a Jewish communal home for many Boston-area Jews-of-no-religion and intermarried families that the Pew survey identified. Each year, its secular High Holiday observances draws close to six hundred multi-generational participants to services that resonate with the sounds of timeless Jewish practice, while focusing on the holidays' ethical lessons for living in the here and now. Hebrew, Yiddish, and Ladino songs are interspersed with contemporary readings and folk ballads that deliver calls for social justice and Middle East peace. The services are moving, and, for many, "spiritual."

BWC seeks to address the needs of the many non-religious, unaffiliated, often intermarried (including same-sex), politically progressive Jews identified in the Pew study who are hungry for both community and a cultural Jewish identity. BWC's Sunday School now teaches close to one hundred young people, from pre-kindergarten through a community bar/bat mitzvah celebration, where each graduate publicly declaims what it means for her or him to be Jewish. We hosts shabbes dinners, a large community seder, and other holiday gatherings. We offer Yiddish classes and adult education on a range of Jewishness-related topics. Social justice activities include a Middle East Working Group (long ago declaring its support for an end to the occupation and a viable two-state solution) and Acting for Economic Justice, a committee focusing on workers' and immigrants' rights. A few years ago, we took a leading role in promoting Jewish-Muslim relations in Boston in the wake of a conflict over the building of a new mosque. And BWC boasts what may well be the largest Yiddish chorus in the known universe, one hundred strong, singing at Holocaust memorials, historic commemorations, and interfaith and cultural events. 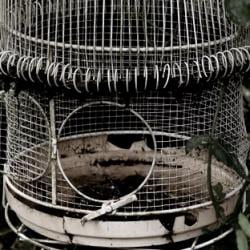 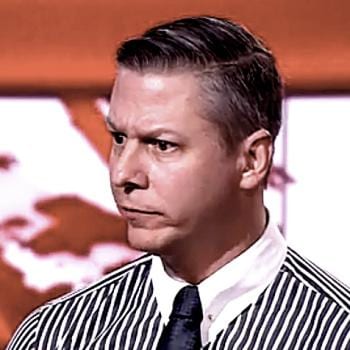 The Time and the Invitation is Now
Cara Meredith
Get Patheos Newsletters
Get the latest from Patheos by signing up for our newsletters. Try our 3 most popular, or select from our huge collection of unique and thought-provoking newsletters.
From time to time you will also receive Special Offers from our partners that help us make this content free for you. You can opt out of these offers at any time.
see our full list of newsletters
Editor's picks See all columnists