Editors' Note: This article is part of the Public Square 2014 Summer Series: Conversations on Religious Trends. Read other perspectives from the Muslim community here.

The UnMosqued movement bravely initiated a long-needed inquiry into the policies and thoughts circulating in our mosques today, as well as made public the opposition to such practices by intellectuals, activists, imams, and youth.

Before the inception of the movement, to speak out against the inherently sexist nature of gender segregation in mosques was to question orthodoxy. Efficiency, transparency, and inclusion were not objectives of mosque administrations. Ethnic hegemony within mosques was expected. But with the growing movement to be open about the changes we need, fueled by the UnMosqued documentary, we're able to highlight with confidence some of the issues that may have been previously neglected.

However, though founded on a desire to right a variety of wrongs, the movement has primarily stagnated in the realm of crying victim by focusing its energy on relaying story after story of tragic mosque encounter. While important to acknowledge the dire need for change through the experiences of others, a shift toward envisioning a better future and progressive action is desperately needed.

Thus far, two trends seem to have emerged as possible approaches toward resolving the current dilemma: 1) a non-hostile takeover of mosque administrations, or 2) the development of separate mosques, i.e., "third spaces." Unfortunately, both options have the potential of harmful, though unintentionally so, consequences.

To usurp the power of mosques would mean the displacement of those members who look to their house of worship as a sanctuary of familiar cultural practices in a foreign, and sometimes-perceived hostile, land. Despite being painted as enemies of progress, we actually owe a debt and level of understanding to the elders who worked hard to bring foundational mosques to the United States.

It was they who immigrated to this country in hopes of providing a more prosperous life for their families. Yet when confronted with such a culturally opposite world, they built mosques not only as a place to connect with God, but to experience, even if only momentarily, the culture of their motherland and place of birth. As a white American convert (who is constantly reminded, in humorous fashion, of his imperial colonialist roots), to take that solace from them would be unjust. In essence, we would be committing the same crime of exclusion that we so vehemently detest.

Conversely, I see little benefit to severing ties with our local mosques in hopes of establishing new houses of worship. The primary issue would be building a community solely in reaction to the alleged faults of our current institutions, where instead we should build our communities with a vision toward a better future. The concept of Muslim unity is ever-present in the mind of the believer, and a serious question we would have to reflect upon when seeking to build another mosque is whether we are creating a solution or simply becoming part of the problem.

There are, however, more balanced approaches between the extremes of usurping power and complete dissociation. In many communities, such as my own, the power structure of the local mosques is firmly entrenched and shows little hope for improvement. In these types of situations, young adult Muslims could become quickly disillusioned when faced with the impossible task of engaging/changing their mosque's culture. And then they desert the community entirely.

Therefore, it becomes necessary to form some sort of community for the disillusioned and disenfranchised who seek to reform their communities and to discuss plans of action to bring about change in small but meaningful ways. Such communities could thrive in the practices that they preach and lead as an example for more established mosques. Meanwhile, it is also important for youth to take up positions in the Muslim community that promote subtle yet progressive changes in the thoughts of its members—khateebs, youth directors, and weekend school teachers.

This is happening in small, powerful, and respectful ways in the community where I come from. Several young adult Muslims are taking the lead with youth circles, Sunday Schools, halaqas (study circles) and other areas in which they are facilitating fresh thinking and connection with newer generations of Muslims.

Through forming innovative communities, which act as an example for others and support for its members alongside activism in the greater Muslim community, positive change can be more easily implemented.

Regardless of our specific strategies, the most important aspect of our activism should be our intention to be forces of positive change in our communities. As the Prophet Muhammad (peace be upon him) famously said, "All actions are founded upon intentions, and every person shall receive what they intend." As soon as we become reactionary or spite-driven, we lose the virtue in our actions that is necessary to build a better future for the Muslim community.

Our greatest challenge will not be overcoming the angry protests of elders or our lack of financial resources, but fighting the temptation to act simply in opposition to the status quo and remain true to spirit of positive reform that is inherent in our Islamic tradition. 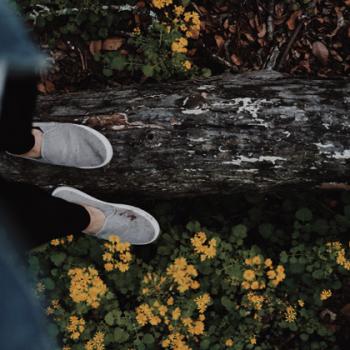 Christ Sides with You Against Your Sin, Not Against You Because of Your Sin
Randy Alcorn
2

Downpressor man, where you gonna run to?
Fred Clark
4 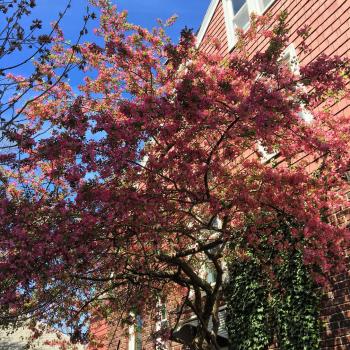 What Shall We Talk About Podcast and Links
Anne Kennedy
Get Patheos Newsletters
Get the latest from Patheos by signing up for our newsletters. Try our 3 most popular, or select from our huge collection of unique and thought-provoking newsletters.
From time to time you will also receive Special Offers from our partners that help us make this content free for you. You can opt out of these offers at any time.
see our full list of newsletters
Editor's picks See all columnists