Building a Third Reconstruction: A Q&A with the William J. Barber

Here, the Rev. Dr. William J. Barber, President of the North Carolina NAACP, responds. Rev. William Barber is pastor of Greenleaf Christian Church and founder and president of Repairers of the Breach. Together with Jonathan Wilson-Hartgrove, he recently published The Third Reconstruction: Moral Mondays, Fusion Politics, and the Rise of a New Justice Movement. Dr. Cornel West has called Rev. Barber "the most King-like figure in America," and his grassroots organizing work is highlighted in Professor Eddie Glaude's new book Democracy in Black: How Race Still Enslaves the American. This spring Patheos will host a blog series following Rev. Barber's national tour, "The Revival: A Revolution of Moral Values."

I am, first of all, a pastor. I was ordained twenty-seven years ago to preach the good news. Because Jesus' first sermon was good news to the poor, I have led Greenleaf Christian Christian Church in community development work, investing over $10 million in a two-mile radius surrounding our church over the past fifteen years. But development is not enough when you see systems crushing the people you love. As a pastor and community builder, my work is also to prophetically challenge injustice by raising a moral dissent and bringing people together around a moral agenda.

The fusion coalition that came together in North Carolina ten years ago and has grown into a national Moral Movement. Black, white, and brown, rich and poor, gay and straight, labor and civil rights, people of faith and people who struggle with faith — these people have inspired me to believe that a Third Reconstruction is possible in America. Their faith and action keep pushing us forward together.

When we forget our history, the challenge is to name what's really going on. Yes, Black Lives Matter. But this isn't only about "criminal justice reform." Far more black lives were lost last year because Southern states refused to expand Medicaid than at the hands of a police officer. Black Lives are being destroyed by attacks on public education, unemployment insurance, LGBTQ rights, and voting rights. If Flint, Michigan teaches us anything, it teaches us that Black Lives Matter must be about environmental justice. We cannot get pigeon-holed in single-issue organizing. Our biggest challenge is to see the intersectionality of our issues and build fusion coalitions that are stronger than divide-and-conquer strategies.

I see hope every time I look at our Moral Movement. We'll march on Raleigh February 13th — more people than marched from Selma to Montgomery in 1965. And we'll be a majority white crowd. Because North Carolina is majority white. A people's movement that reflects the demographic of our state and is willing to follow the leadership of people of color — that gives me hope that a Third Reconstruction is possible. We have the capacity to become the country we've not yet been.

Black history matters because the contributions of black women and men have been ignored for much of American history. But what you see when you pay attention to the work of black people in every age is that black people have been part of powerful multi-racial coalitions in this country. The NAACP was founded 107 years ago by blacks and whites together. Dr. King and Rosa Parks worked closely with Virginia and Clifford Durr. So I'm not as concerned about making "black history" as I am about building up coalitions for a Third Reconstruction. I see it in the Fight for 15, in the Climate March, in fasting Walmart and McDonald's workers, in Black Lives Matter and Moral Mondays. The people making history are the people who are showing us with their lives that a new America is possible.

How Not To Be a Magical Hipster
Laura Tempest Zakroff
2 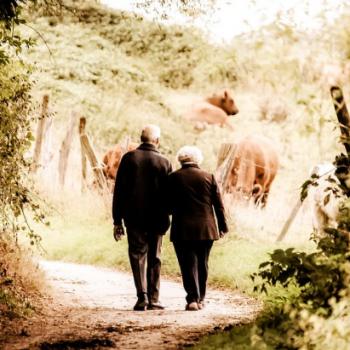 A Discussion on the Character of God
Ben Witherington