In many sectors of Christianity penal substitutionary atonement (PSA) has come under hard times.

The main criticism of PSA is the view of God that sits behind it. God's baseline stance is wrath, a default position that has to be changed. Consequently, the leading edge of the gospel proclamation is The Big Angry Guy in the Sky. Salvation is being rescued from That Guy.

That criticism is well known. But here's the deal, there is a substitutionary logic in the New Testament regarding the life, death and resurrection of Jesus. And many of us, because of the ghost of PSA, feel queasy about those passages.

So there is this ambivalence. There is a substitutionary logic in the NT but the dominant hermeneutic of those passages is PSA. Thus we have with those texts an approach/avoidance conflict.

But those passages don't have to be read through PSA. I think the work of scholars like N.T. Wright have helped us see that. That is, we can accept the substitutionary logic of the NT without adopting PSA.

Because at root love often involves suffering for each other and for the sake of each other. Love often accepts suffering and pain intended for others. Love often involves protecting and shielding others, even when those others might be "getting what they deserve." If something bad were going to happen to my children I'd rush to substitute myself. That's what love does. So it's not surprising that God does the same thing.

The sticking point has to do with where the suffering is coming from. That's where PSA gets weird. The "bad thing" coming down on us is God's wrath. So in PSA God ends up saving us from God. That's the paradox introduced by the penal, crime-and-punishment metaphor.

But as scholars like Wright have taught us, the better frame isn't penal but covenantal. YHWH and Israel form a covenant with God's plan being to bless the world through Israel. But Israel cannot keep her end of the deal, bringing upon herself all the punishments that befall those who break covenants in the ancient Semitic mind. Israel broke her promise with the result, per the covenantal agreement, being exile. And at that point God's plan to bless the world through Israel gets stuck.

So God enters history in Jesus to be Israel's representative, Israel's Messiah. And as a faithful or the faithful Israelite Jesus takes up the covenantal burden—both in fulfilling the Torah and in bearing Israel's punishment in breaking the covenant. In Jesus God does what Israel could not do, stepping in to help Israel fulfill her side of the covenant, which, per ancient Semitic covenantal logic, does include punishments for breaking promises. In all this Jesus substitutes himself for Israel. Jesus protects Israel from herself, carries a burden she cannot carry, takes on her exile so that she can be set free.

(BTW, a quick Google search suggests that I just coined the phrase "covenantal substitutionary atonement." Feel free to use the term liberally.)

Of course this raises a host of other questions. Why did God form a covenant with Israel knowing Israel couldn't keep up her end of the deal? Why is an omnipotent God bound by the moral logic of ancient Semitic covenants? And so on. These are interesting and important questions. But they are very different sorts of questions than those thrown up by PSA. And, perhaps most importantly, they are questions that step around the most problematic aspects of PSA in the eyes of many modern Christians. 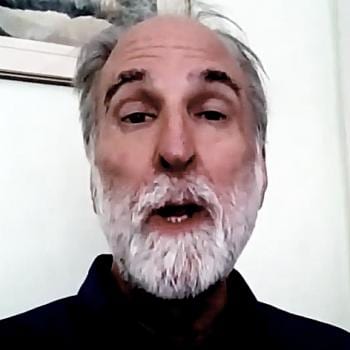 Victoria 'declares war on Christians' by banning conversion therapy
Barry Duke
Get Patheos Newsletters
Get the latest from Patheos by signing up for our newsletters. Try our 3 most popular, or select from our huge collection of unique and thought-provoking newsletters.
From time to time you will also receive Special Offers from our partners that help us make this content free for you. You can opt out of these offers at any time.
see our full list of newsletters
Editor's picks See all columnists